'Worst ever' Italy team not that bad after all

Very few critics gave Italy a chance before the tournament. The side was declared the worst Italy team in decades with the roster too old or simply not good enough. But they will return from EURO 2016 with their heads held high. 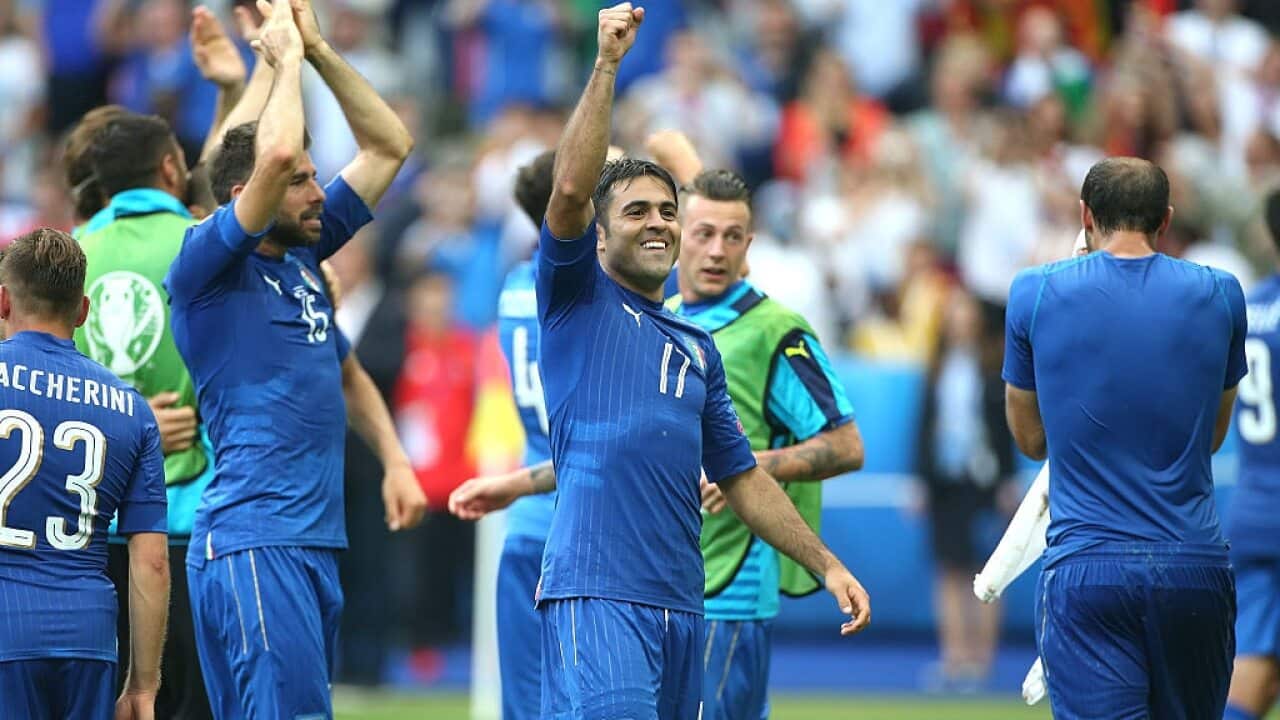 Italy’s best asset was clearly their defence and goalkeeper combination – the Juventus foursome of Chiellini, Bonucci, Barzagli and Buffon. Full marks to them and to Giaccherini as well. This is the player English club Sunderland couldn’t find a regular spot for and consequently loaned out to Bologna in the Serie A.

Giaccherini was unheralded prior to EURO 2016 but will surely be in big demand now. His performances made clear that he can’t be ignored any longer.

Advertisement
A good pass mark must go to the wingbacks De Sciglio and Florenzi. They ran more miles than a roadrunner and seemed to be the spark when Italy went forward.

Despite their strength being defence, Italy played positive attacking football which took the likes of Belgium and Spain by surprise. In reality Italy’s reputation for defensive football was shredded years ago and lives on more in football folklore than anything else.

The weakest link for the Azzurri at EURO 2016 was probably the midfield – suffice to say that none of the current crop would be worthy enough to tie Marco Tardelli’s laces. Daniele De Rossi’s tournament was somewhat stifled and he was generally missed when it mattered most.

Up front Graziano Pelle and Eder were reliable but unspectacular and it’s probably here that Italy needed an X-factor. A Sebastian Giovinco perhaps or how much would Antonio Conte have given to have had the 2012 Mario Ballotelli.

It is hard to see how Balotelli will ever wear the national team shirt again but stranger things have happened. He is more talented than Pelle, Eder, Zaza and Immobile combined. Balotelli’s issues have never been about playing ability, so to see such a prodigious talent so far out of national team contention only adds to the intrigue.

Italy’s real revelation it must be said though was Conte himself. He is a prickly and difficult character but there can be no doubting his passion.

Conte’s joy and frustration was there for all to see. His celebrations were the stuff television producers dream about. He rode every moment with his heart on his sleeve in a very similar way to what Giovanni Trapattoni used to do when he sat on the same bench over a decade ago.

While all the focus in the upcoming EPL season will be on Mourinho and Guardiola respectively, Conte will not slip under the radar at Chelsea. He will be missed by the Azzurri faithful.

It would have been easy for him to have just gone through the motions at EURO 2016 because his Stamford Bridge contract was already tucked under his arm. However, that wouldn’t have been the Conte way.

So where to from here for Italy? Every tournament brings to an end a cycle. Conte is one that’s gone but the future of veterans such as Buffon and Chiellini will come into discussions as well. Father Time waits for no one and even though they are both still brilliant, it is hard to see how many more major tournaments – if any – they have left in them.

The Italy squad is still relatively young and will form the basis for the next World Cup campaign. However, some new faces will need to be included such as Empoli’s Riccardo Saponara, AC Milan’s duo of Giacomo Bonaventura and goalkeeper Gianluigi Donnarumma and Sassuolo’s Domenico Berardi. Injured stars Claudio Marchisio and Marco Verratti must surely return and Balotelli, however remote it may seem, can never be written off entirely.

The question is whether new coach Giampiero Ventura will be adventurous enough for Italy going forward. The 68 brought success and stability to Torino in the last five seasons. However, he is also the same coach who in 2004 was sacked by Napoli when they were languishing as a third division side trying to get back into the Serie B.

The Italian football federation (FIGC) should really have moved heaven and earth and tried to secure the services of either Carlo Ancelotti or Massimiliano Allegri even though the former stated publicly that he wasn’t interested in the job and the latter appears to be secure at Juventus. Ventura’s first test will come on 5 September away to Israel as Italy open their World Cup qualifying campaign. It will be an interesting ride indeed.