Australia have kicked off their AFF Under-19s Championship campaign with a 2-0 win over Cambodia in Hanoi, Vietnam. 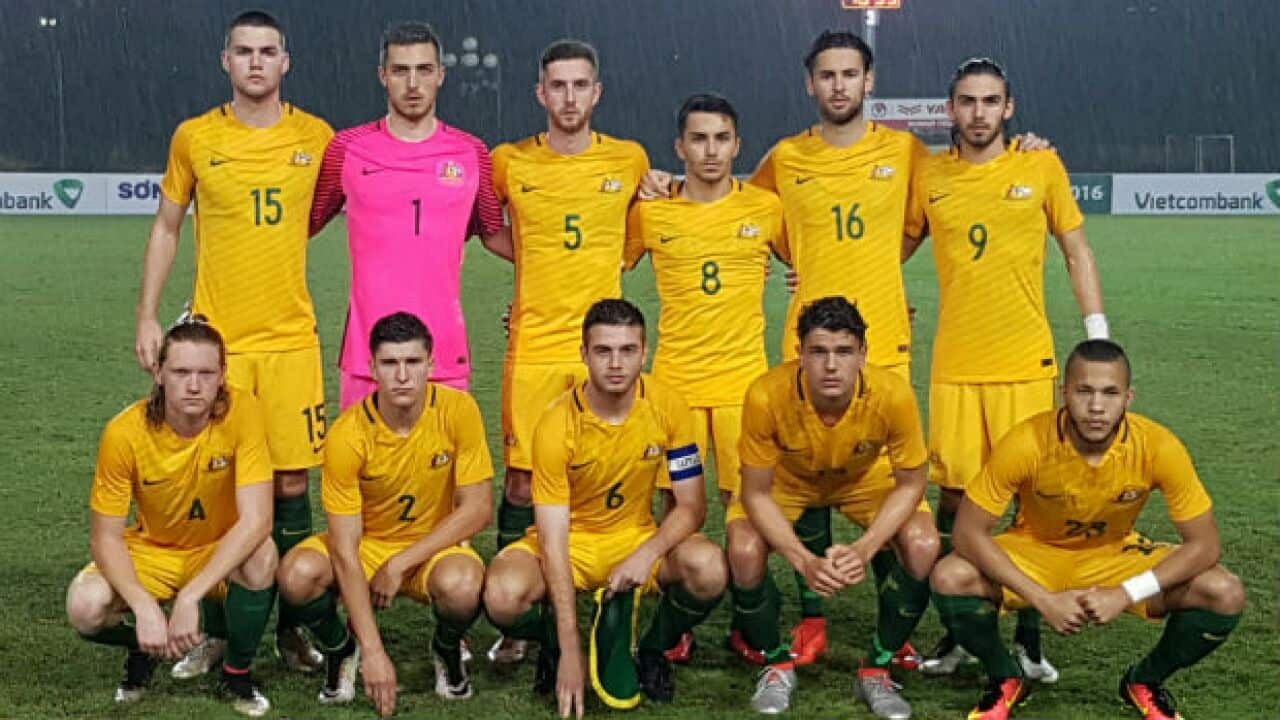 The Young Socceroos line up for their match against Cambodia Source: FFA

The tropical climate made conditions less than ideal for an Australian side looking to win the annual tournament for the fourth time, with heavy rain leading to a soggy pitch and limiting their ability to play their passing game against a scrappy Cambodia side.
The AFF Under-19s Championship is a tournament organised by the ASEAN Football Federation. Australia have won the title in 2006, 2008 and 2010.
Advertisement
Despite dominating possession and chances on goal, they didn't manage to break the deadlock until the 63rd minute courtesy of a George Blackwood goal after a scramble inside the box.
Blackwood scored again only minutes later by converting a penalty after being taken down in the box.

The Australians dominated possession for the rest of the match but failed to capitalise on any of their chances.

“We tried very hard in this game. But the Australians were stronger physically and the players were tired in the second half,” Cambodia coach Ohara Kazunori said.

Australia are competing in Group B of the tournament against last year's winners Thailand, Laos, Myanmar and Indonesia and currently sit at the top of the standings after Thailand beat Laos 2-1 and the Young Socceroos' next opponent Myanmar defeated Indonesia 3-2

The match against the South East Asian side will take place on Wednesday, with the top two sides from each of the two groups set to progress to the semi-finals.

Group A consists of Timor-Leste, Vietnam, Singapore, Malaysia and the Philippines.