Zidane hasn't 'given up' on Primera Division success

Zinedine Zidane insists Real Madrid still have an outside chance of winning the Primera Division even after drawing 1-1 at Real Betis and falling four points behind leaders Barcelona and Atletico Madrid. 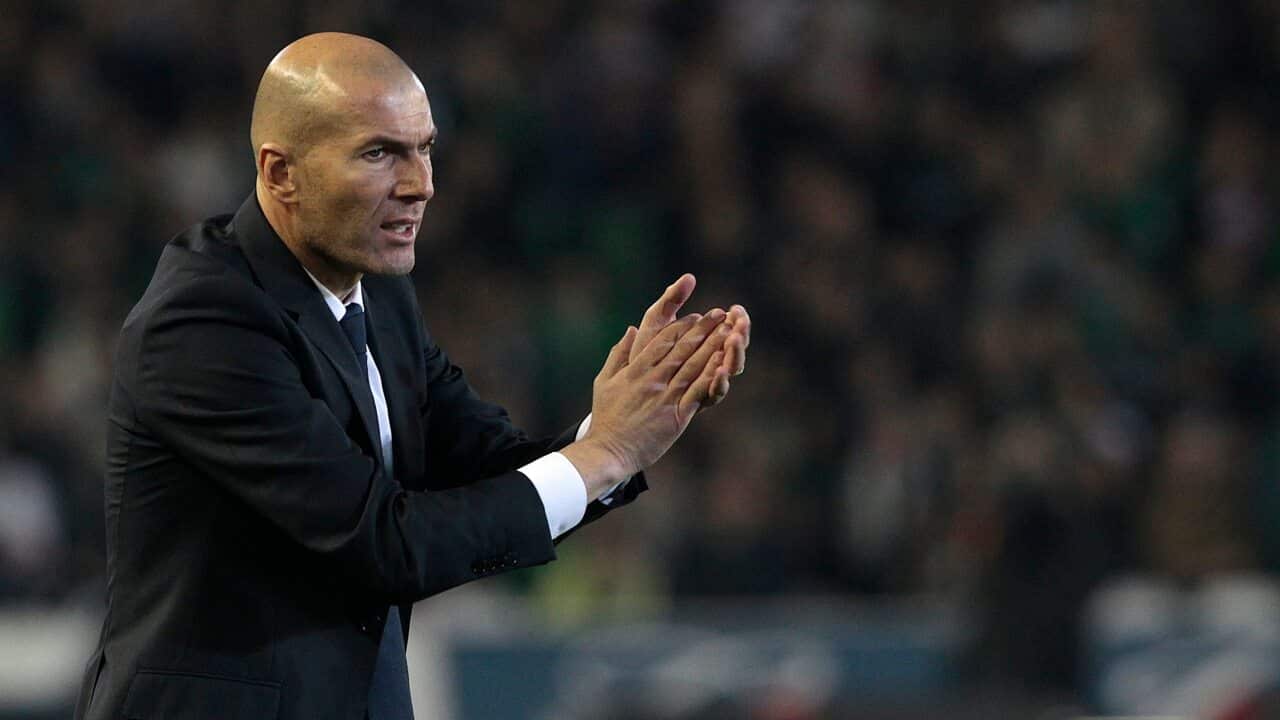 The Frenchman guided Madrid to 5-0 and 5-1 victories over Deportivo La Coruna and Sporting Gijon in his first games since succeeding Rafael Benitez in the dugout, but was unable to continue his winning start in Seville.

His side fell behind to a brilliant strike from Alvaro Cejudo after just seven minutes and although they dominated the final stages of the game after Karim Benzema equalised in the second period, Madrid were unable to find a winner, meaning they could fall seven points adrift of Barcelona if the leaders win their game in hand.

However, Zidane told a press conference: "We haven't given up on the league, we are going to continue to work hard, we have to look on the positive side.

Advertisement
"We dropped two points and that's negative but we have to believe that we can recover and remember that you have to fight for the league until the end.

"We couldn't make a good start, we knew that it was going to be difficult here and it was difficult from the start, but as the game progressed we played a lot better and we could have got a lot more from it than we did, but that's football. We just lacked a bit of luck."

The coach also praised the performance of James Rodriguez, who set up Benzema's goal in his first start for four matches.

"I told him that he needed to move around more, not just on the wing, but inside too, and I'm really pleased with his performance, it was the first game he started for me and I'm very happy for him.

"I think the team were stronger physically today and the good thing is that they were stronger towards the end of the second half. We are going in the right direction, we have only been here for two weeks. But I'm very proud of what we did tonight even though we dropped two points."

Defender Pepe, meanwhile, admitted Madrid face an almighty task if they want to try and catch Barcelona and Atletico.

"It's difficult, we know it's going to be very tough, but we need to keep going," he told Movistar.

"We deserved to win today, but that's football."

Pepe believes his side deserved to take all three points from the match, and pointed to the fact they had two penalty appeals, one from Benzema and the other from Cristiano Ronaldo, turned down.

"We wanted to win today but their goal was a big setback for us," he said.

"They had a bit of luck, we tried to launch a comeback but it wasn't possible. We fought and worked really hard as a team. In the first half all they did was score their goal, after that we got into the game a bit more and pressured them by playing with more intensity, and they couldn't get out of their half.

"With a little bit of luck, perhaps if Cristiano had won that penalty, things would have been different. But we all worked hard as a team and everyone played their part."