Michael Zullo displayed the think big attitude of a team under the umbrella of the City Football Group when he said now Melbourne City are within touching distance of top spot in the A-League that is all they should aim at. 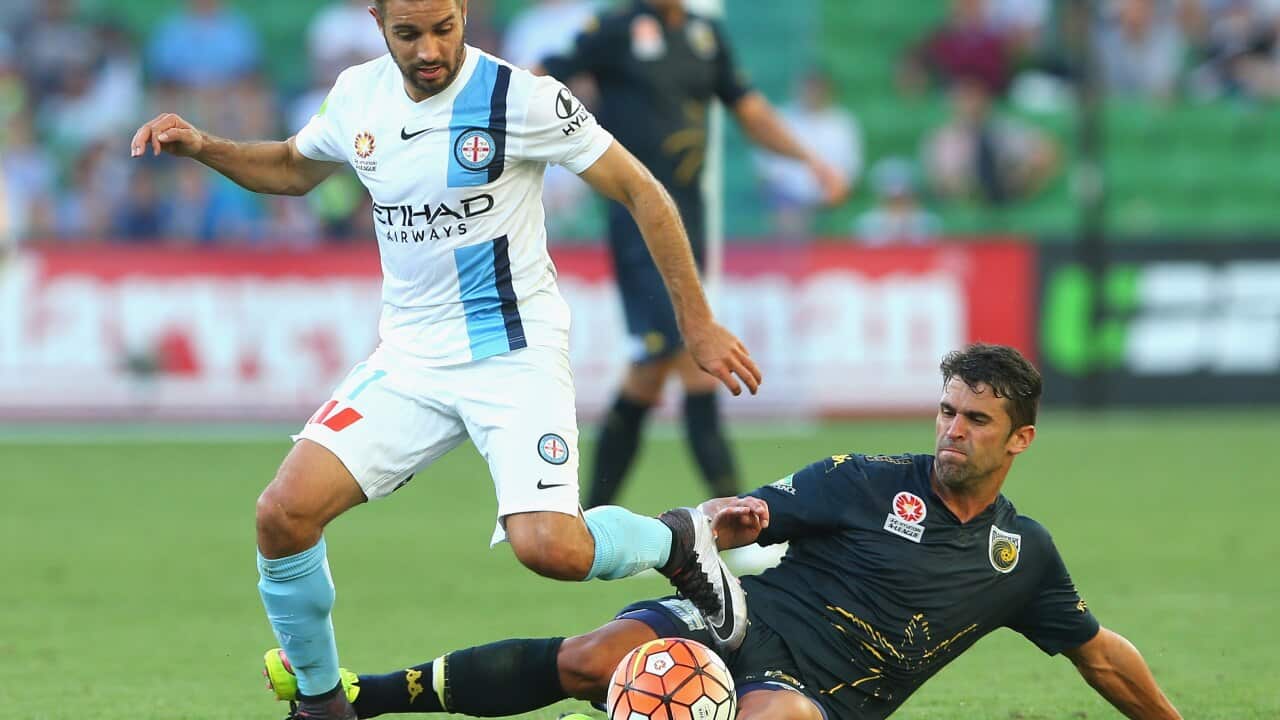 Fourth-placed City are on 38 points and the fact they have the runaway best goal difference in the competition guarantees they will move to second if they beat leaders Brisbane Roar  (41) at AAMI Park on Friday night.

Advertisement
Second-placed Western Sydney Wanderers, also on 41 points, will play third-placed Adelaide United (39) at Pirtek Stadium on Saturday night. A draw or an Adelaide win in that game on top of a City win would leave City just one point off the lead.

City have won two in a row and kept clean sheets in both games. They had only one clean sheet in 21 games before that this season.

Zullo said the improvement in what had been an often leaky defence, combined with the attack staying strong, had left himself and the rest of the team feeling very good about their form leading into the finals.

He said the immediate aim now had to be to win the Premier's Plate and clinch a place in next year's AFC Champions League by finishing on top in the regular season.

"The main thing for us now is that we've got to keep winning our games," Zullo said. "There aren't many games to go now  and having made it to where we are the reality is that finishing in the top six isn't good enough for us anymore - we want to finish first.

"You want to finish in the top two because it gives you an advantage going into the finals, but if you're capable of finishing in the top two then you've got to aim for first and that's a realistic goal for us.

"We know that if we beat Brisbane this week and other results go our way we'll be one point from the top with three games to go and from that position we could really make a play to finish top of the table.

"That has to be the goal. Nothing else is acceptable from a goal-setting point of view."

Zullo is a student of A-League history. He knew that in the three years the current finals format had been used, the top two teams at the end of the regular season had both reached the grand final each time.

The finals series is a three-week sprint in which the top two teams get the first week off and then play at home for a place in the grand final.

"It's a massive advantage  and we're very much aware of that," he said. "So we've got four massive games coming up and we need to win all of them and if we do win all of them we're in with a great chance of being premiers.

"It's a massive carrot for the club and for us as players. There are a lot of boys here who are terrific players but haven't been lucky enough to win anything in their senior careers.  They've done a lot in their careers personally, but haven't actually won stuff with a team.

"It would be a massive achievement for all of us if we could do that and it's definitely what we're going for at the moment, with the Premier's Plate. Then, after the regular season finishes, your eyes turn to the grand final and how to get there."

City experimented with a 3-5-2 formation for a while this season, with Zullo as one of the wing-backs getting forward, but it became less desirable an option after Wanderers found ways to exploit it in their 4-3 win over City in round 17.

More recently, City have been going with what Zullo described as a "fluid" version of a 4-4-2 formation. He said the entire team had worked hard on being better in defence.

"We highlighted that as a problem area for the team," he said. "We've got the best attack by a country mile, but it's about shoring up the defence a bit and that's not just about the back four because all down the field we were allowing teams to have too much time on the ball.

"We started to improve four games back, when we beat Central Coast (4-1). We didn't give them much. And in the last two games we've made a lot of progress in that area.

"We've just got keep it going now, heading into the finals, and probably lift it up another gear once we get there. So that's the aim now."