Despite having grown up in one of Latin America’s most notoriously homophobic countries, Luciano says he first felt the full weight of sexual and ethnic discrimination while facing an immigration tribunal in Australia.

It was a “very tough experience”, Luciano recounts, as he struggles to string his words together and keep his voice from breaking.

“It was the first time someone told me, to my face, that being gay was ‘bad’ … She (one jury member) discriminated me in every way. It was not only denigrating, it was demoralising.”

The words Luciano heard that day still haunt him today. Despite growing up in Peru, a country where the forced, 'corrective' rape of gay people is not uncommon, Luciano's international upbringing by open-minded parents meant his sexuality had always been accepted and respected, until now.

It was 2017, and at the time, Peruvian chef Luciano Valentino was arguing his case for a partner visa, together with his Australian partner, Andrew.

His was a complex case — with the outcome potentially meaning the difference between life and death.

Luciano was HIV positive and had previously overstayed his visa. However, he says he had done so against his will. 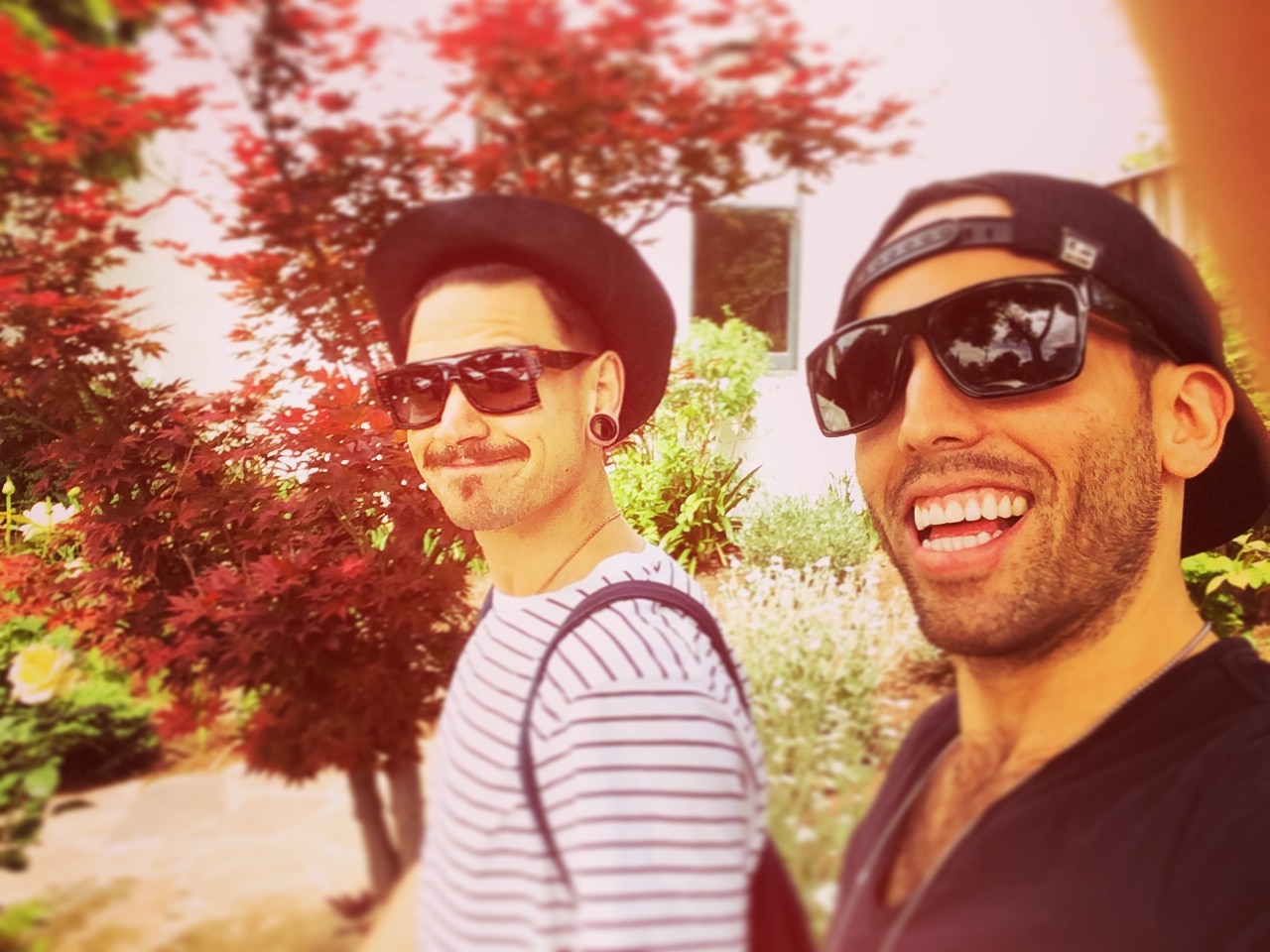 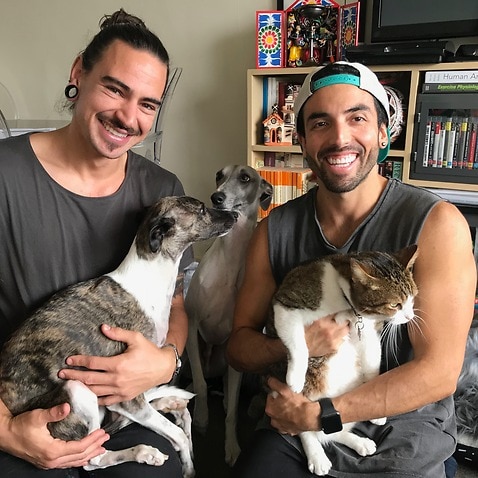 After graduating from one of Latin America’s top cooking schools and spending years working internationally in haute cuisine, 23-year-old Luciano found himself in Australia.

He was working on a cruise ship when he docked in Melbourne in 2013. There, he met a man and they hit it off, so he decided to stay in the country for a while. Soon after, the relationship became predatory; to the point that Luciano fell captive. The man was bipolar and lashed out violently when he suffered from anxiety attacks.

“He retained my passport after I told him I was returning to Peru. He was very abusive… I don’t even know how to describe what happened,” he recalls.

“He would threaten me; he would tell me he was going to ‘call the police’ and that they would ‘lock me up in Christmas Island’.”

Luciano says he managed to escape after an Australian friend encouraged him to alert the authorities of his situation.

“I went to the police after a heated argument. It was a very extreme situation; I had never experienced anything like it. I felt I would die if I didn’t return to Peru.” 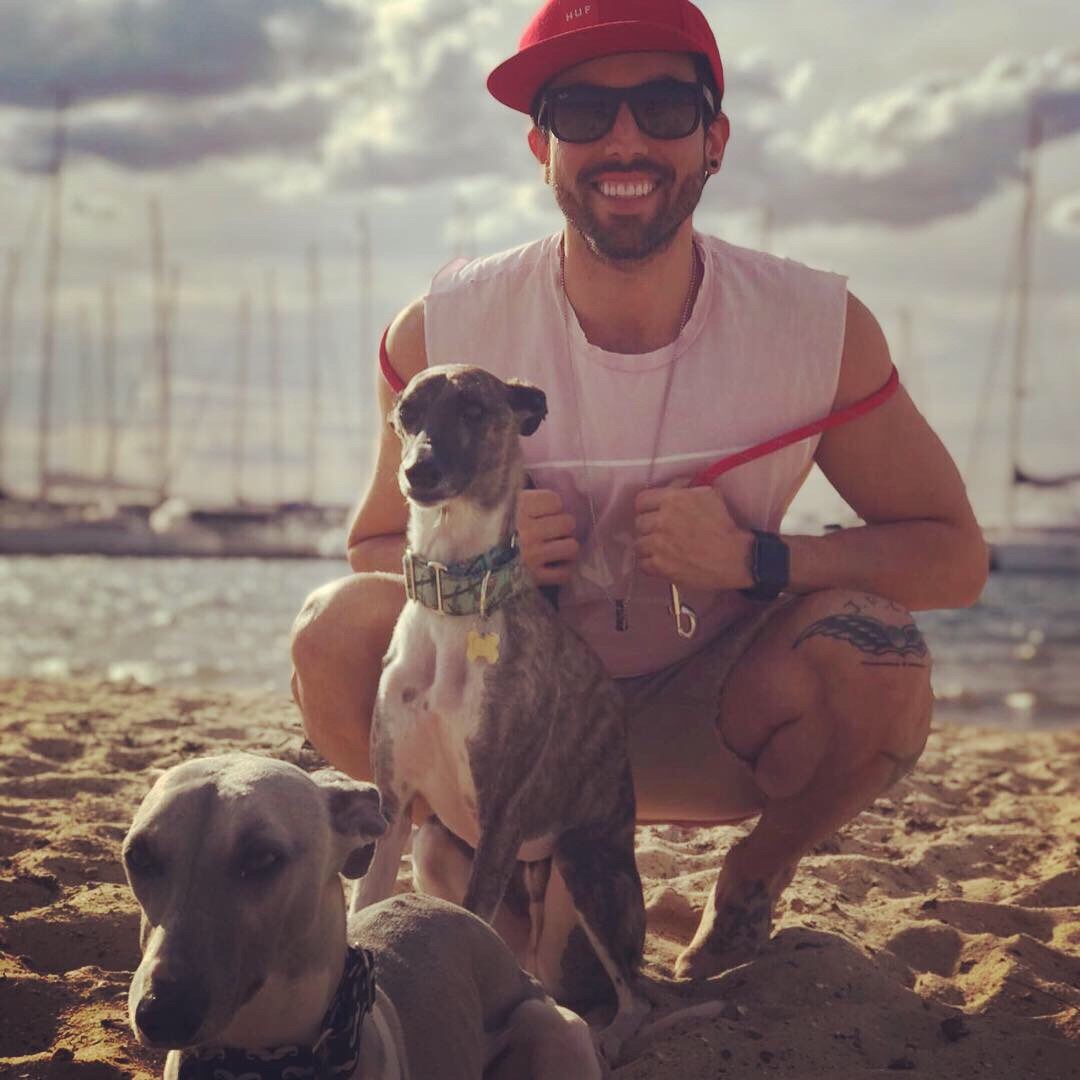 Luciano and his dogs.

Fast forward a few years, and Luciano thought he had left his past trauma behind. He was in a loving relationship with his current partner, Andrew. They had met through Andrew’s sister, a barista who had worked with Luciano in a café in Melbourne, the “best city in the world”, according to Luciano.

Together, Andrew and Luciano had formed a family of seven, complete with two dogs, a cat, and a couple of parakeets.

Luciano describes their relationship as “unique”. Their personalities “complement each other, like the yin and yang,” he says.

“I know it sounds cheesy, but it’s true!” Luciano says as he giggles.

While Andrew is “structured”, Luciano describes himself as “relaxed” and “easy-going”.

“I believe there’s a reason for everything in life, and I think the reason I came to Australia was to meet Andrew. I cannot imagine life without him,” he says.

But the couple had no idea that life was about to throw them another curveball.

A week before they first met with the lawyer that would handle their application for a partner visa, Luciano found out he was HIV positive. He believes this was another legacy he inherited from his previous relationship.

When Luciano appeared at his first visa tribunal hearing in 2017, his partner visa application was refused.

He had been with Andrew for more than the two prescribed years, but this wasn't enough.

Luciano claims the tribunal did not offer substantive reasons to explain why it considered he and Andrew not to be a ‘genuine couple’ — the main criteria by which Australian partner visas are granted. Instead, he says he faced a discriminatory treatment.

“It was a traumatic experience, I get shivers every time I think about it,” Luciano explains.

“One jury member said something that continues to echo in my brain, even today. She told me, ‘you’re gay, and so it was only a matter of time until you would contract HIV.’

It was almost like it was predestined that all gay people would get Aids!

Before he even had the chance to present his claims, Luciano felt the hearing was off to a bad start.

“When I introduced myself in English, she told me bluntly to shut up. ‘There’s an interpreter here, speak in your language’,” Luciano recalls her commanding.

“My blood pressure dropped, and I thought, ‘this isn’t good’,” he thought.

He explains that even though his English isn’t perfect, he can speak it pretty well, as he previously lived and worked as a chef in the United States for a couple of years before coming to Australia.

Luciano’s experience isn’t isolated. A two-year investigation published in the Sydney Morning Herald cited numerous failings within the Refugee and Migration Division of the Administrative Appeals Tribunal when dealing specifically with gay applicants.

The article revealed how some visa applicants, mostly “asylum seekers fleeing persecution in their homelands on the basis of their sexuality can face troubling stereotypes when asked to prove their bona fides in Australia".

“There are criticisms about Tribunal officials' lack of qualifications and training in refugee [and LGBTQI] issues,” the investigation reads.

“Tribunal officials have long been accused of judging applicants based on a slew of Western gay stereotypes … Because there are no guidelines for dealing with LGBTQI applicants, a Tribunal member is at liberty to ask pretty much any question they wish, for this is no courtroom.” 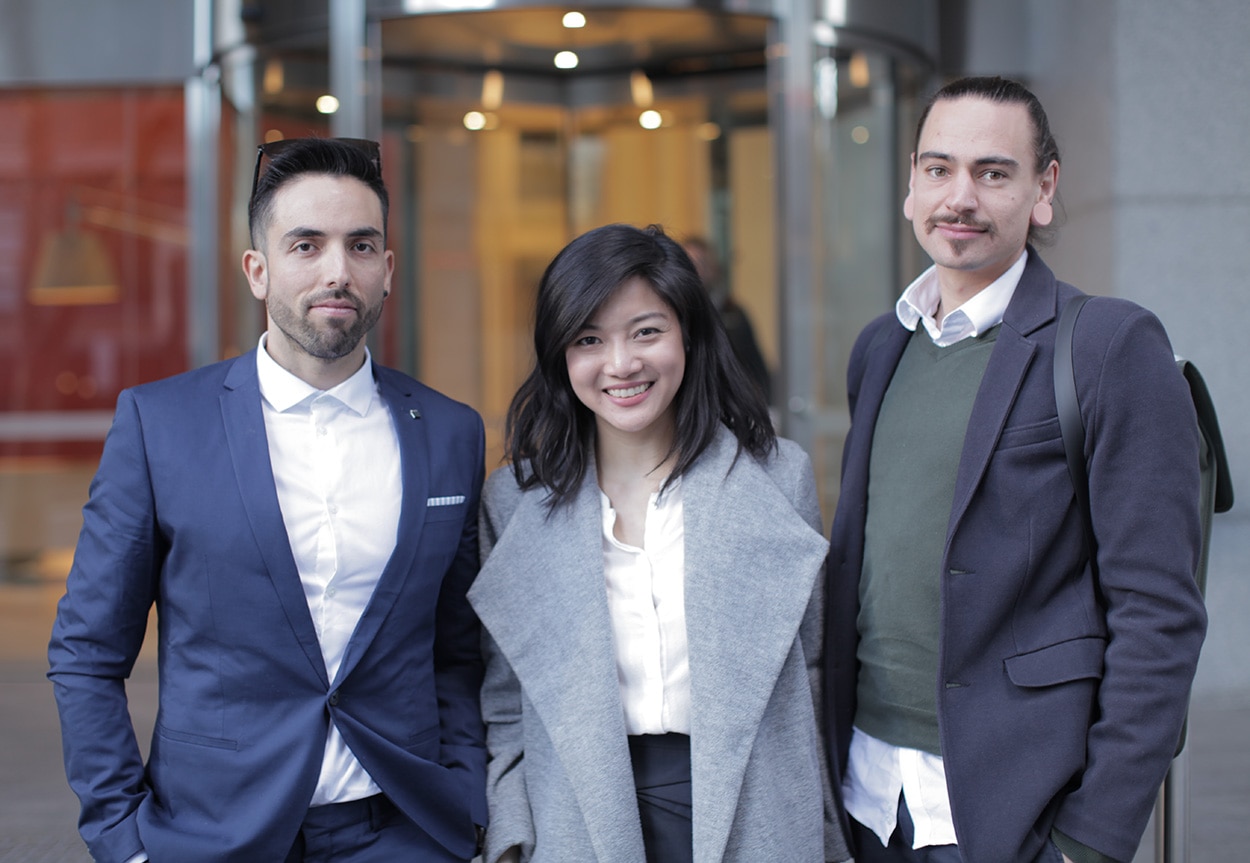 Luciano, left, and Drew, right, with their lawyer Yunn Chen outside the tribunal.
SBS

For Luciano, currently in Australia under a Bridging E visa, the application process has been “a rollercoaster of emotions" and "very costly”.

Over the years, he has spent thousands of dollars in fees and numerous hours stating his case.

“I would apply for my ‘work rights’ and they would grant them, and then deny them two weeks later. I would apply again, and then, one or two months later, they would refuse (the working rights) again, until we decided to appeal.”

But the money spent is the least of his concerns. Being able to remain with Andrew in Australia has been his overriding motive.

Luciano and Andrew decided to appeal the visa refusal to the Administrative Appeals Tribunal, which meant waiting two years for a new hearing with a single judge. The Tribunal is usually the last option to overturn a visa decision in Australia, bar a desperate plea to the Minister of Immigration himself.

The odds were stacked against them. The law requires Luciano to wait in Peru while their application is considered, but this is something Luciano cannot do because of his health.

In Peru, Luciano wouldn’t have access to the medication that keeps him healthy, and importing it from the United States would be cost-prohibitive.

Furthermore, migration visa applicants who are deemed to cost the Australian health system more than $49,000 over 10 years usually have their visas rejected.

Their only hope of maintaining Luciano’s health was to convince the Tribunal to let him stay.

“I know I may sound like I’m citing a fairy tale, with rainbows and unicorns and all, but throughout the process, Andrew and I have always thought everything is going to turn out ok,” Luciano says optimistically.

By the time Luciano faced the tribunal for his second – and last – time, SBS's cameras were inside the hearing, in a television first, witnessing the fight for his life, as part of the ground-breaking series, Who Gets to Stay in Australia?

Premiering at 8.30pm on Wednesday, July 1, Who Gets to Stay in Australia? follows the lives of 13 migrants and their families who want to settle in Australia, as they navigate the long and complex road to permanent residency.

The series features people whose applications have previously been rejected and are in their final appeal to stay in the country.

Luciano says they decided to partake in the series as it was an opportunity to “open a window for others to our reality”. He believes migration is an important topic that needs to be thoroughly discussed in Australia.

Every three minutes someone gains permanent residency in Australia, but every year more than 40,000 people are rejected.

“If we don’t discuss this, we’ll live in ignorance, and ignorance is the worst demon a society can experience.”

Luciano says that if he gets to stay in Australia, he’ll finally be able to think about a stable future with Andrew.

“The last four years have been like, ‘we can’t do this’ or ‘we can’t buy that’, because of the uncertainty of what would happen.”

If successful, Luciano’s and Andrew’s dream is to buy a house and have “many more dogs than what we already have”.

If this article has raised issues for you, please call:

In case of emergency, call 000 immediately.