In a significant easing of coronavirus pandemic restrictions, states and territories with no interstate border restrictions will be the first to welcome back international students after travel ban blocked nearly 120,000 students from re-entering the country.

“We have done a lot of work with the universities over the last six weeks or so to have a really well-developed proposal that's before the Commonwealth,” said the chief minister.

“So, I am confident that yes given we have not closed our borders to other Australians that we are the best-placed jurisdiction to manage that first international student pilot back into Australia.” Outlining further details, Mr Barr said that only a few hundred would be allowed back into the country initially and all returning students would be subject to same quarantine rules and health safeguards as citizens and residents who have returned to the country as part of the federal government’s repatriation efforts.

“It will be in the low hundreds we are talking about one or two flights initially so just as we have managed repatriation flights.

“We are into our second one now, very similar process so to the extent that we have already piloted the sort of program that would work for international students through our repatriation flights…the same principles apply around two weeks of quarantine and screening and testing and all of those safeguards are absolutely fundamental to this being successful,” he added.

ACT universities are expected to make a further announcement with regards to the pilot plan this week.

Prime Minister Scott Morrison last week announced that the national cabinet has agreed to work closely and carefully to return international students on a “small, phased scale through a series of controlled pilots.”

“Preconditions will include the reopening of internal state and territory borders, as well as the return to on-campus learning for the benefit of domestic students and the international students who are already in Australia,” Mr Morrison said in a media release.

While New South Wales, Victoria and ACT have kept their borders open during the coronavirus pandemic, South Australia has announced it will lift restrictions for interstate travellers on July 20. Borders remain closed in all other states, except for those who need to travel for essential reasons.

Victoria and NSW prepare to reopen doors to international students:

According to the latest numbers released by the Department of Education, Skills and Employment, more than 22,000 international students applied for deferments of their course in the month of April compared to approximately 3,000 in the same period last month.

A spokesperson for the Victoria government told SBS Punjabi the Victorian Government is working closely with education providers and the Commonwealth Government to explore viable options to support international students to return to Victoria “when it is safe to do so.” Prabhjot Singh is an IT student in Melbourne who is desperate to return to Australia.
Supplied

Prabhjot Singh, a Melbourne-based IT student currently stranded in the northern Indian state of Rajasthan said while he welcomes the government’s decision to re-open doors for overseas students, “a lack of clarity from Victoria is an issue of concern.”

“I am studying IT with a vocational education and training provider based in Melbourne and I am worried because so far the Victorian government has not issued any clarity on the so-called pilot program. We don’t know if they would allow students from private universities to enter at this point,” said Mr Singh. 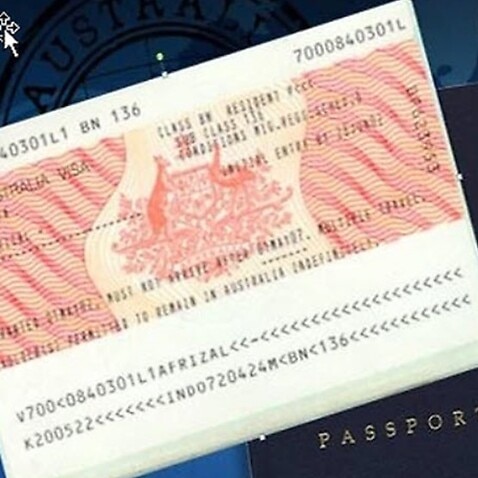 Australian border closure could be long-term for countries like India: Alan Tudge

As per the government data, nearly 7,000 student visa holders are currently waiting to return from India- the fourth worst-affected country by the pandemic in the world.

Acting Immigration Minister Alan Tudge had earlier indicated in an interview that many of Australia’s source countries for migrants, “for example, India,” are still grappling to control the outbreak, so it will be some time before a decision is made to lift border restrictions for international travellers.

He did not, however, clarify if that would also hold true for international students.