Female players in Afghanistan can play cricket under the condition they abide by an Islamic dress code similar to countries in the Middle East, says the head of the sport in the embattled country.

Afghanistan Cricket Board (ACB) chairman Azizullah Fazli has confirmed his organisation has not received any Taliban directive banning women from playing cricket, meaning "there is no restriction" at the current time.

Speaking to SBS Pashto on Monday, he said the activities of the board have not stopped and female players and board employees are undertaking their duties "normally" despite the chaos that has ensued in the country following the Taliban takeover in mid-August.

Women are permitted to play the sport, he affirmed, under the condition they followed an Islamic dress code.

Female players in the country wore headscarves before the Taliban captured the country, and it is not yet known whether other coverings would be mandated.

"We have not received any instruction [that] women's cricket is facing any challenges. Even before [the Taliban takeover], if Afghan women players played any sport, they have always followed the Islamic dress code," Mr Fazli said.

"We can also see women players from Oman [and] Middle Eastern countries such as Saudi Arabia, their women players always follow the Islamic dress code." 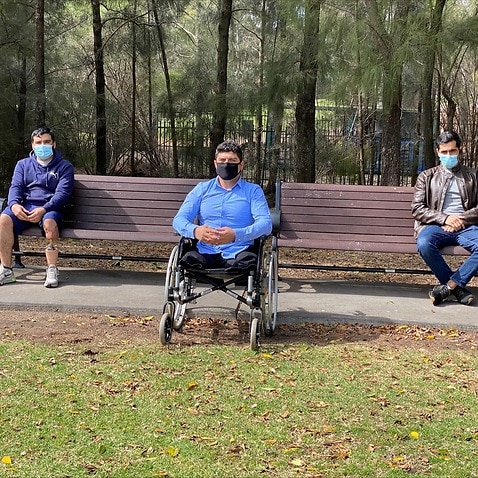 The comments were the strongest indication the Taliban had softened its stance regarding female participation in sport and came after the deputy head of the group’s cultural commission Ahmadullah Wasiq told SBS News he didn’t envision women being allowed to play cricket because sport was “not necessary”.

“In cricket, they might face a situation where their face and body will not be covered,” he said in an exclusive interview on September 8.

“The Islamic Emirate (the Taliban) do not allow women to play cricket or play the kind of sports where they get exposed." Mr Wasiq’s comments were rebuked as “unacceptable” by the federal government and saw Cricket Australia issue a warning that it may have “no alternative” but to cancel the historic men's cricket Test between Australia and Afghanistan in Hobart on November 27.

Mr Fazli said Cricket Australia "shouldn't be concerned" about the current situation, and the ACB continues to hold hopes that the Test would take place.

The ACB sent its "position" to Cricket Australia via an email on Sunday and hoped to get a response "within days", he said.

"The cricket-loving Australians bring nations together, and the people can bring countries together. Cricket carries the message of peace, safety, and unity," he said.

We also request Australian authorities and the cricket board, they shouldn't give any statement before clarification. They should try to deal with us formally, and we will proceed with them based on the cricket rules and laws.

"We request the Australian prime minister, parliament and cricket board authorities and former cricket players [to] let the nations come together. If the cricket Test takes place, millions of people will watch it. They shouldn't take this joy away from people."

A Cricket Australia spokesperson told SBS Pashto on Monday: “We made our position very clear in the statement and are in regular dialogue with our colleagues at the ACB.”

Afghanistan is one of 12 full members of the International Cricket Council (ICC) that are permitted to play official Test matches, and all full member countries are required to have both a men's and women's team.

The ICC said it was concerned by Mr Wasiq's comments and would discuss the issue at its next board meeting. Mr Fazli claims that when the ICC granted Afghanistan full membership in 2017, religious and cultural aspects meant they were exempted from having a women's cricket team.

"At that time, we had proposed to them that considering our culture and religious practices, we would not be 100 per cent able to make a women's cricket team to play on international grounds because we didn't have the resources, and also their playing standards were also not at a level that they can play with other female teams."

He said when the ICC was assessing the membership of Afghanistan after documents were provided, the ACB was told that "having a women's cricket team will not be a condition on getting full membership".

Furthermore, he said over the past 18 years, the Afghan women's side had not played international matches, but played in schools across the country.