Reflective of the rising numbers of migrants coming from India, streets in Australia’s most populous city have been given Indian names to attract more of their ilk. The Blacktown City Council approved these names as the third-highest ancestry of the area is Indian.

Did you ever imagine you could visit India Parade, Uma Street and Patel Street in Australia?

Well, now you can!

Sydney’s Blacktown City Council has approved these names for streets in Rouse Hill.

Nirmal Patel and Manish Patel are from the developer-builder team of the estate that houses these streets also. They share their surname with not only this street but also with thousands of people from India’s western state of Gujarat, where the world's Patels originate from.

Talking to SBS Gujarati, Nirmal said the decision to pick Indian names for the streets in his new real estate project was based on the growing population of this community.

“Sydney’s western suburbs are home to a large Indian, specifically Gujarati, community. Being a developer, I thought giving such a name to our estate could attract more people of the Indian diaspora to settle in this suburb,” he said.

“We had a few other names in mind, which we submitted to the Blacktown City Council for approval. Surprisingly, they accepted India Parade, Uma Street and Patel Street.

Being Indian-Australian, it is a privilege for us to name streets that represent the Gujarati and the Indian community at large

Nirmal’s business partner, Manish, weighed in on the rationale adopted for deciding more such names in the future.

“Rouse Hill has attracted the Indian community in high numbers in recent years. Thus, we have now planned to choose streets names after India’s iconic personalities and cities in our next projects,” he told SBS Gujarati. According to mycricket.com.au, Patel emerged as the third most common surname in Australia in the 2018-19 domestic cricket season

In response to a query from SBS Gujarati, a Blacktown City Council spokesperson said, “under the policy adopted in 2018, any person may offer suggestions for street names. These are considered within criteria laid down in the Geographical Names Board’s (GNB) Address Manual, covering local suitability, public consultation, clarity, geographical and historical relevance.”

“The estate developer submitted suggestions under the new policy introduced in 2018, and the council approved the name for India Parade and Patel Street,” the spokesperson added. 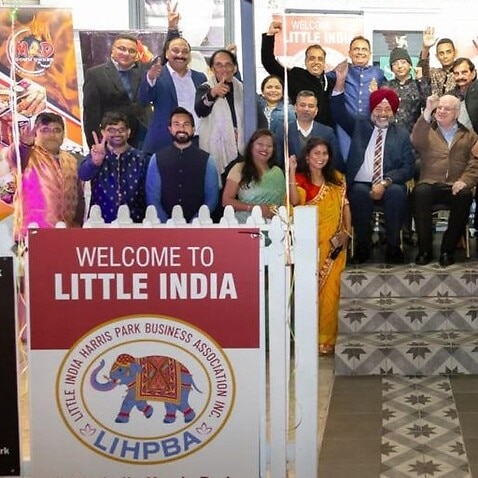 The 2016 Census found that 27.4 per cent of the total recent overseas arrivals in Blacktown City Council were from India, making them the largest cohort of their kind.

Jatin Thakkar, a resident of Uma Street, told SBS Gujarati that he decided to build his house in Rouse Hill as it has a large number of Indian migrants.

“Many of my friends live in the streets nearby, which allows us to share every moment of our life. We celebrate our festivals like Navratri and Diwali and enjoy everyone’s success together,” he added. According to the Blacktown City Council, it is the most diverse and multicultural local government area (LGA) in New South Wales. Its population represents 188 nationalities and speaks 182 languages.

The 2016 Census identified 38,064 Blacktown City residents being of Indian ancestry, making Indian the third-highest population in the City by ancestry after Australian and English.

"This number is also estimated to have increased significantly in the last five years,” the spokesperson added.

Apart from these three streets in Rouse Hill, streets in Sydney’s Harris Park have also been given Indian names due to the high concentration of Indian businesses in the area. Three streets of the suburb have been branded ‘Little India’ as part of an initial six-month trial. In 2020, streets in Melbourne’s Rockbank in the Melton City Council were named after Indian cricketing stars Virat Kohli and Sachin Tendulkar.

Cricketers from the world over have also inspired other street names in this suburb. You can find Waugh Street (named after Australia’s Steve Waugh), Kallis Way (after Jacques Kallis of South Africa), Dev Terrace (after India’s Kapil Dev), Sobers Drive (after Sir Garry Sobers of West Indies) in the suburb, home to a large Indian-origin population which is passionate about cricket. Perth has a bit of India too

Many streets in Western Australia’s capital have also been named after Indian cities.

“In recent years, members of the Indian community are increasingly calling these streets home as they feel connected to their motherland, India,” he added.

One such member of the Indian community is Ramkrishna Bansal, who lives at Bombay Heights.

I feel very connected to India living on Bombay Heights.

"The street we live on is visible from all balconies and bedrooms, which reminds me of my life in Bombay,” he told SBS Gujarati, referring to Bombay — renamed Mumbai — where he lived before he migrated to Australia.

“Most people who visit us, ask me if I had any role in naming the street. Some even jokingly say that I must be missing home so much that I bought a house in Bombay Heights.

“I play along and reply that Madras (former name of Chennai) is not far from Bombay, as we have a street called Madras Link a few minutes away,” he laughed.

Here’s how to follow SBS Gujarati on our other digital and social media platforms.