Two towns thousands of kilometres apart, in India and Australia, share the same name. How did a massive metropolis and tiny rural town both come to be called Lucknow?

As a resident of the tiny New South Wales town Lucknow, Kerry Condon was surprised to the township’s name listed on an Abu Dhabi airport flight board as he travelled to Ireland. It was then that he discovered the town he’d known all his life bore the same name as an Indian city 10,000 kilometres from home.

Mr Condon runs Darcy’s Old Wares, a vintage store in Lucknow, a small village near Orange some 245 kilometres from Sydney. 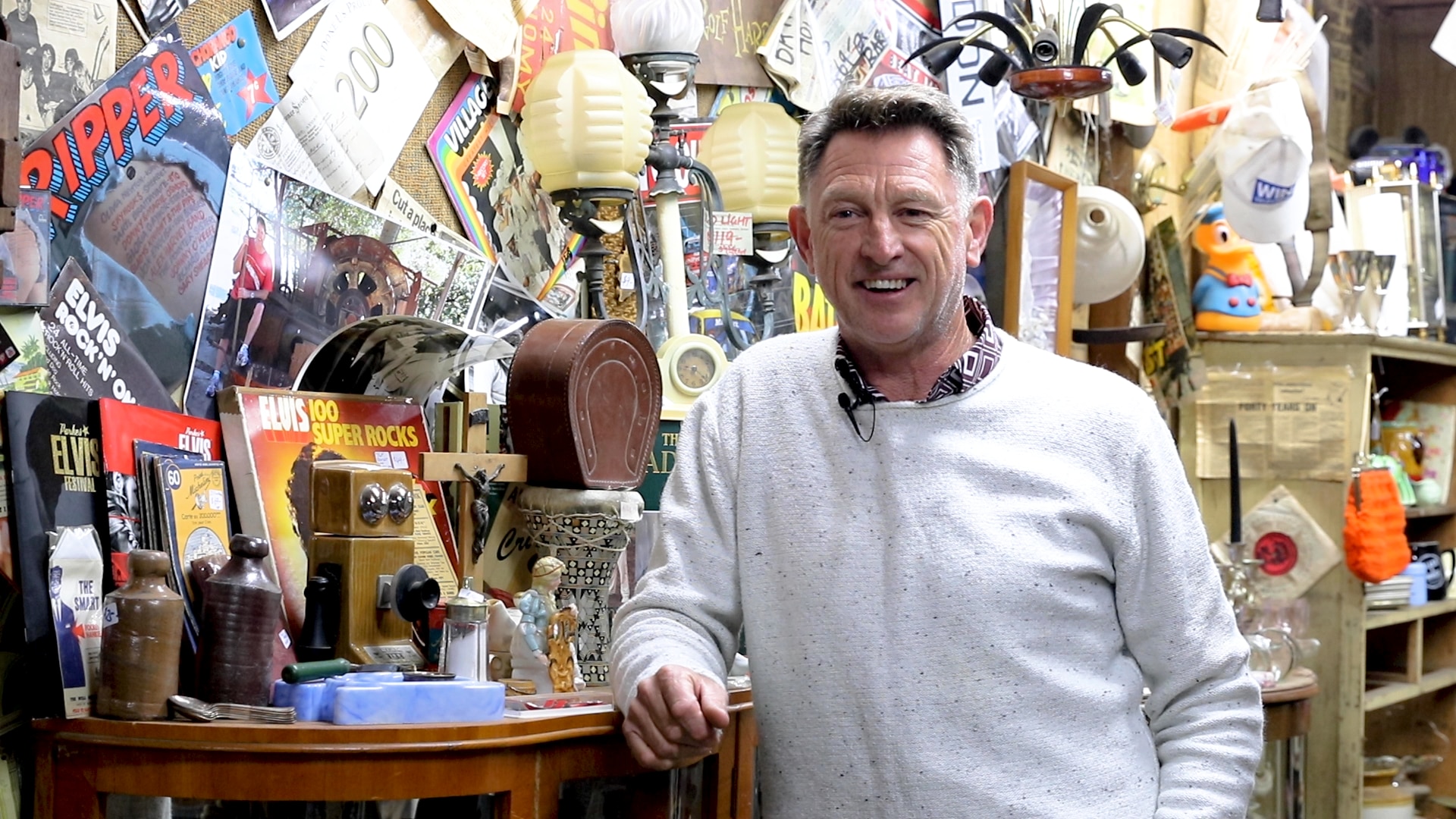 “Funnily enough, we were sitting in the airport lounge, and I looked up at the departure board, and I happened to see ‘Lucknow’… I thought it was quite funny. You can get a plane to Lucknow when here in Australia Lucknow is just a town of about 200 people,” says Mr Condon.

India’s Lucknow is an ancient city, the capital of the state of Uttar Pradesh. With a population of nearly 3,000,000 people, each brick of its beautiful buildings has a story to tell.

But why does one tiny Australian town 10,000 kilometres away share its name? Is there a connection? Mr Condon does not know. 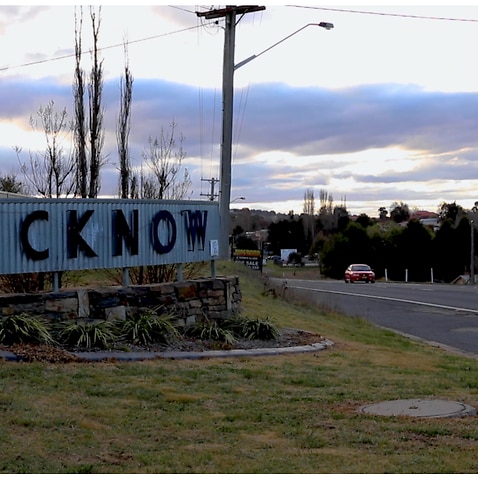 “I don’t really know the connection. I can’t really tell you what the link is.”

Philip Dale Stevenson of The Orange & District Historical Society says there are no available records on how the village was named Lucknow. “The very unfortunate thing is that all of the Orange newspapers from 1859 to 1899 were all lost in flood,” he says. “They were in a basement in Lord’s Place at the newspaper office. And we have only got a few pages of all of it from 50 odd years.”

However there is no shortage of theories as to why the towns share a name, with many originating from folk history, and always revolving around the establishment of Australia’s Lucknow, which is just over 150 years old compared to its Indian counterpart many hundreds of years older.

Lucknow lies in Wiradjuri country. Established in 1863 after the New South Wales gold rush began in the 1850s, Lucknow was originally owned by William Charles Wentworth. 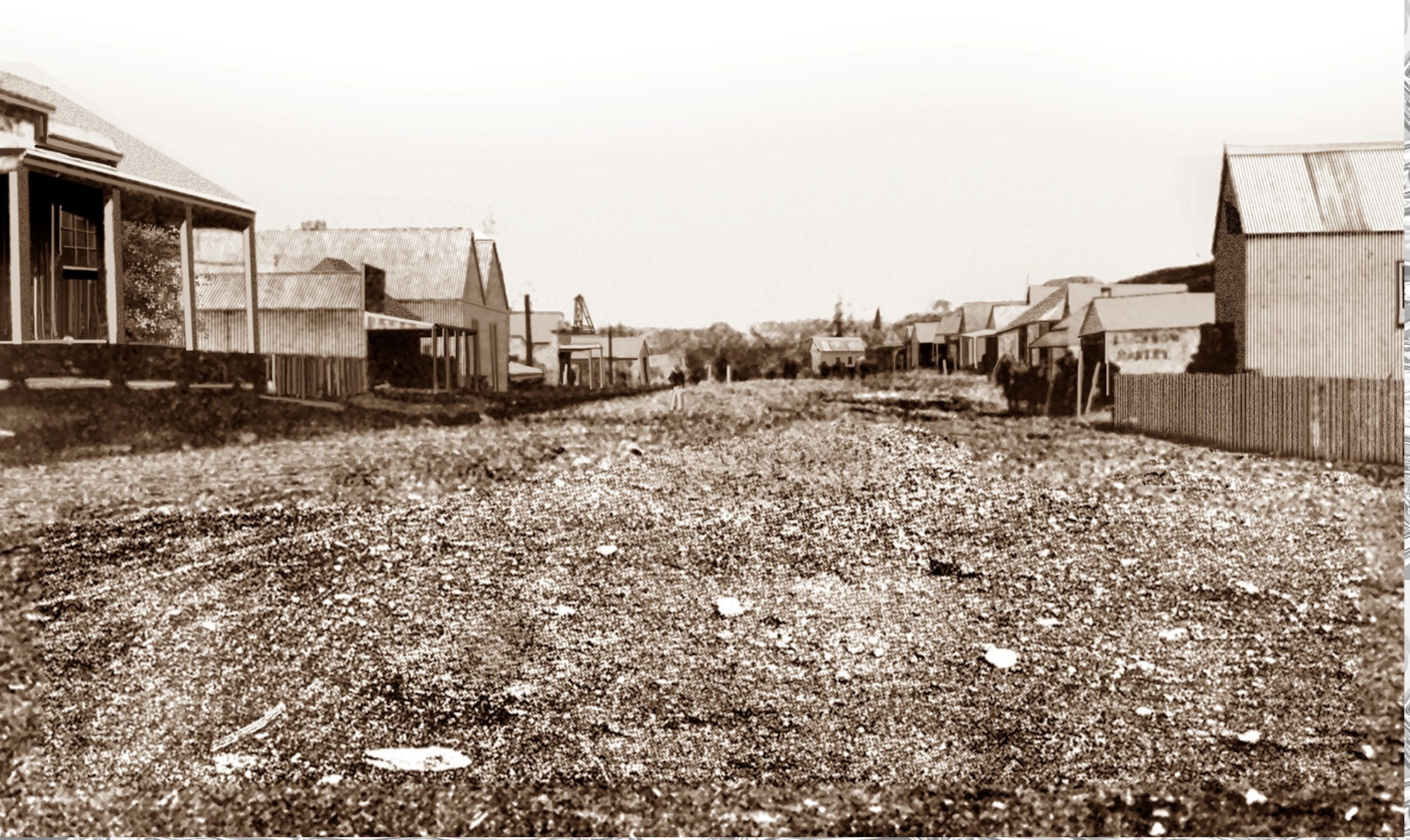 In April 1852 that land was sold to the Wentworth Gold Field Company, likely the first gold mining company to be formed in Australia. The company went into liquidation in 1860, resulting in the land being sold publicly on monthly leases in 1862.

A year later, over 200 people lived among the Wentworth diggings, and residents desired their own post office. A petition was organised, and the question of naming the town came up. “When they petitioned to get a post office here in 1863, which they were successful in, they decided to call the village Lucknow,” Mr Stevenson explains.

Author Kerrin Cook writes in her book ‘Lucknow: A veritable goldmine’ about the naming of the village, spelling out a possible connection to events in India. 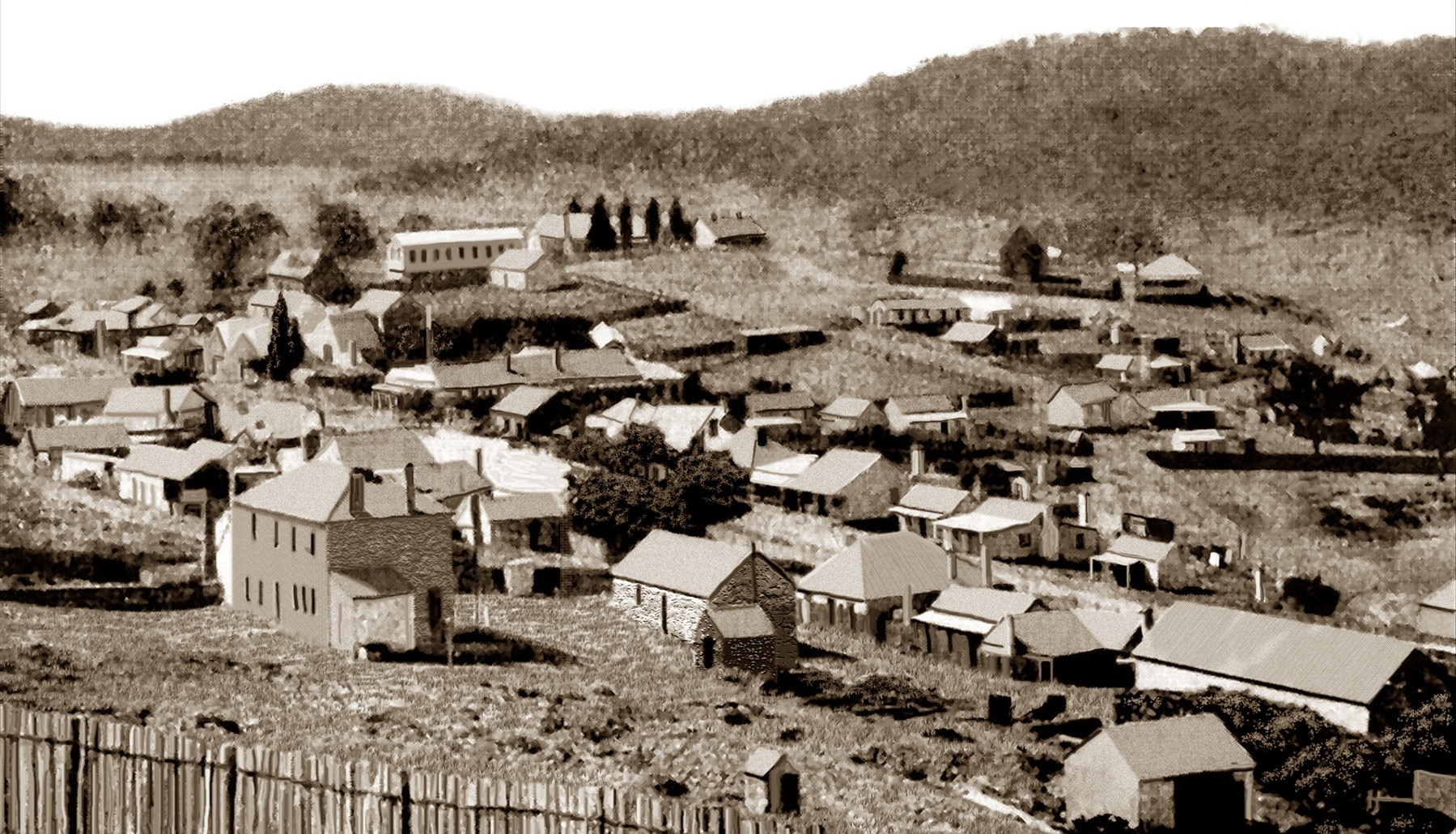 “Lucknow was probably chosen for a number of reasons. All the English speaking world had been scandalised by the siege of Lucknow in India, the capital of Uttar Pradesh state, during the Sepoy uprising and mutiny from May until November 1857. The city was surrounded by the Indians, and the inhabitants of Lucknow were running very low on food and water. Many atrocities had occurred with some of the British being murdered, including several women and children.” 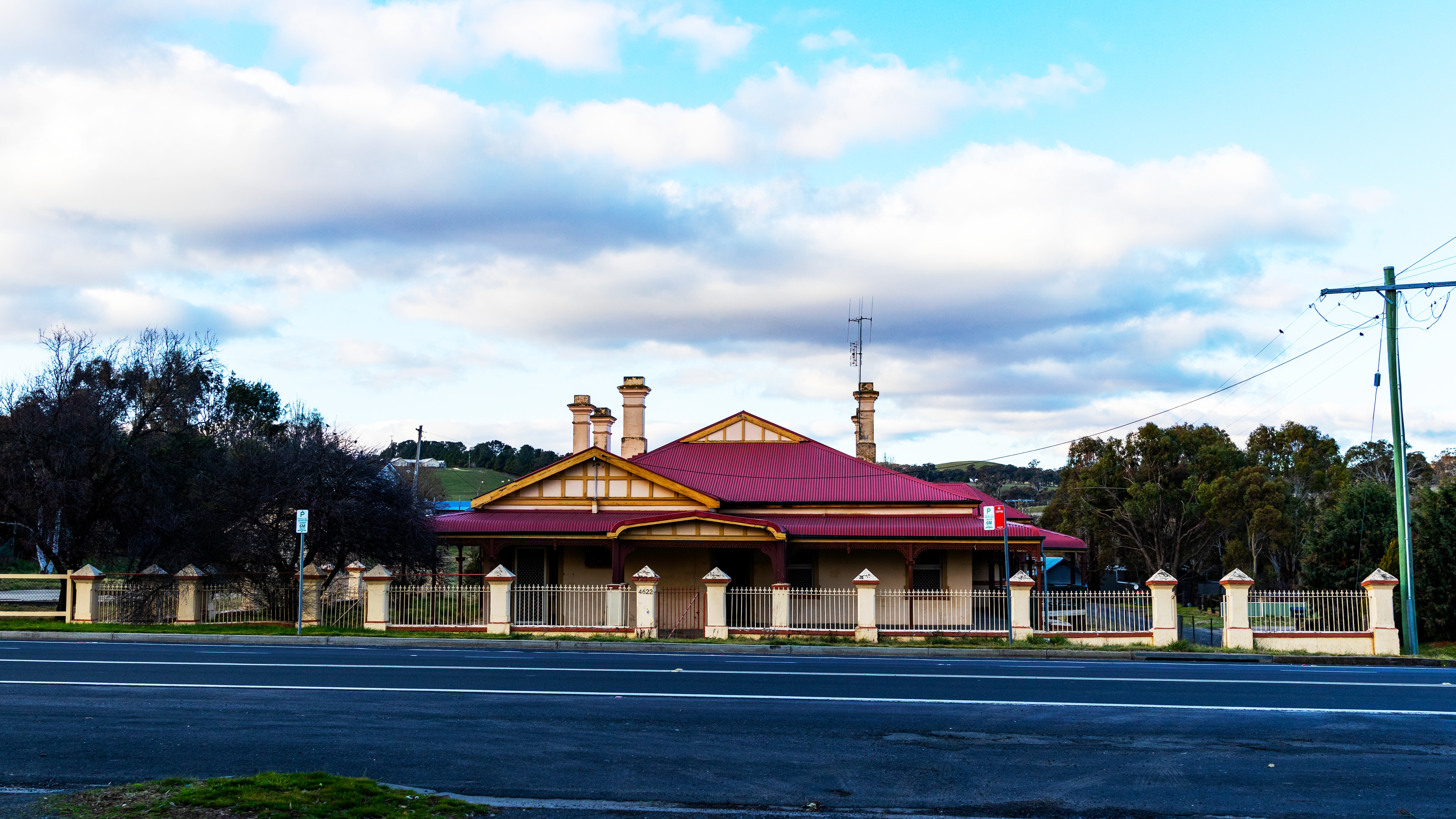 The Siege of Lucknow was a horrible time. All British colonies were scandalised, including in Australia. Professor Mohammed Sajjad of Aligarh Muslim University says, “The Siege of Lucknow lasted for almost 90 days in two phases. There was a pitched battle. More than 2,500 British were either killed or wounded. The Indian side had significant causalities too. It was a very violent time.” According to Kerrin Cook, mines played an essential role in the Siege of Lucknow, another link to the Australian township.

“The means by which both the Indians and the British fought this war was by mining under each other’s position and then blowing the mines up, thus causing the overhead ground, with or without buildings, to collapse, causing much devastation and loss of life. Thus the mining at the Wentworth Goldfields, being of an underground nature, was similar to Lucknow in India.” While this theory remains unconfirmed, there are many local stories as to the town’s naming.

One suggests a man called Mr Rae, a clerk at the mine who had been wounded during the Siege of Lucknow, was instrumental in Lucknow’s foundation. Some believe he may have named the town Lucknow as he was the organiser of the post office petition.

“It [Lucknow’s 1863 foundation] is pretty close to the Siege of Lucknow in 1857, I think it was – only six years down the track. And the way people moved in colonial times, you can bet your socks there were people from Lucknow here.” Another story puts it down to a play on words, with some suggesting the name is quite literally ‘Luck Now’.

‘Luck Now’ makes sense too, as gold brought tremendous fortune to the town, with estimates suggesting Lucknow’s goldfields yielded around 18,000 kilograms of gold. The heaviest of the gold stones on record weighed 76 kilograms.

Today Lucknow is a small village with no school, occupied mostly by farmers and surrounded by farmlands. Its golden era has ended and the pages of its history are tattered. But, for anyone of Indian-origin passing through the tiny Australian Lucknow, the name itself is gold.

Watch this video in English: