Members of the Australian Hazara community have joined an international call for the United Nations to "protect and promote" Afghanistan's ethnic minorities amid fears that the current peace talks will only result in more deadly persecution.

Australia’s Hazara community warns that if the international community "loses political motivation" in Afghanistan, the country’s Hazaras and other minority groups could face a “very dark future”.

It comes after the United Nations hosted the 2020 Afghanistan Conference in Geneva, where countries pledged $12 billion in aid over four years.

The virtual conference also called for an immediate ceasefire amid escalating violence in the country which is engaged in peace talks between its government and the Taliban in Qatar.

On Tuesday, at least 14 people were killed in central Afghanistan when two blasts ripped through the historic city of Bamiyan, home to many members of the mainly Shiite Hazara ethnic minority.

It was the latest attack aimed at the group and came after 24 people were killed in an October suicide bombing outside an education centre in a Hazara neighbourhood.

Several Australian Hazara organisations have joined a call from across the globe for the international community to play their part to ensure the safety of the Hazaras and other minorities in Afghanistan. Hazara organisations from around the globe have written to the head of the UN.
Supplied/Basir Ahang

Fifteen organisations, including four from Australia, have written to UN Secretary-General Antonio Guterres, urging him “to place the protection and promotion of minority rights at the centre of UN peace efforts and development programmes in Afghanistan”.

“We request that the UN urge the participating states and organisations at the Geneva Conference to recognise that the intra-Afghan peace process must preserve and advance the security and fundamental rights and freedoms of the citizens of Afghanistan, particularly the Shi’a Hazaras and other minorities in the joint political declaration,” the letter said.

“… We call on the UN to continue its important role in mobilising and maintaining strong international support for a democratic and inclusive system of governance to ensure enduring peace, prosperity and self-reliance in Afghanistan.” 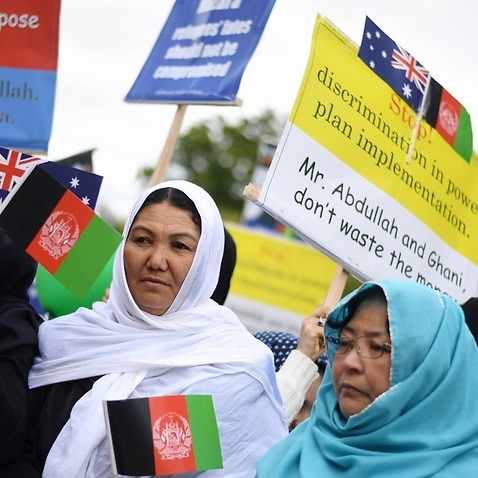 A board member of the Melbourne-based Hazara organisation, Akademos Society, Hadi Zaher, said if the international community backflips on its commitment in Afghanistan, “it’s not unlikely” that the Hazaras and other minority groups in Afghanistan face a “genocide” like Yazidi Kurds in northern Iraq.

“We are very concerned about this, because if now, in the midst of the peace process, we are in this situation, then our future and the future of Afghanistan’s situation will be very dark,” he told SBS Dari.

“The policies of foreign countries have shown us that they are slowly trying to pack up and leave Afghanistan, and in that situation, there is the people and the terrorists”. 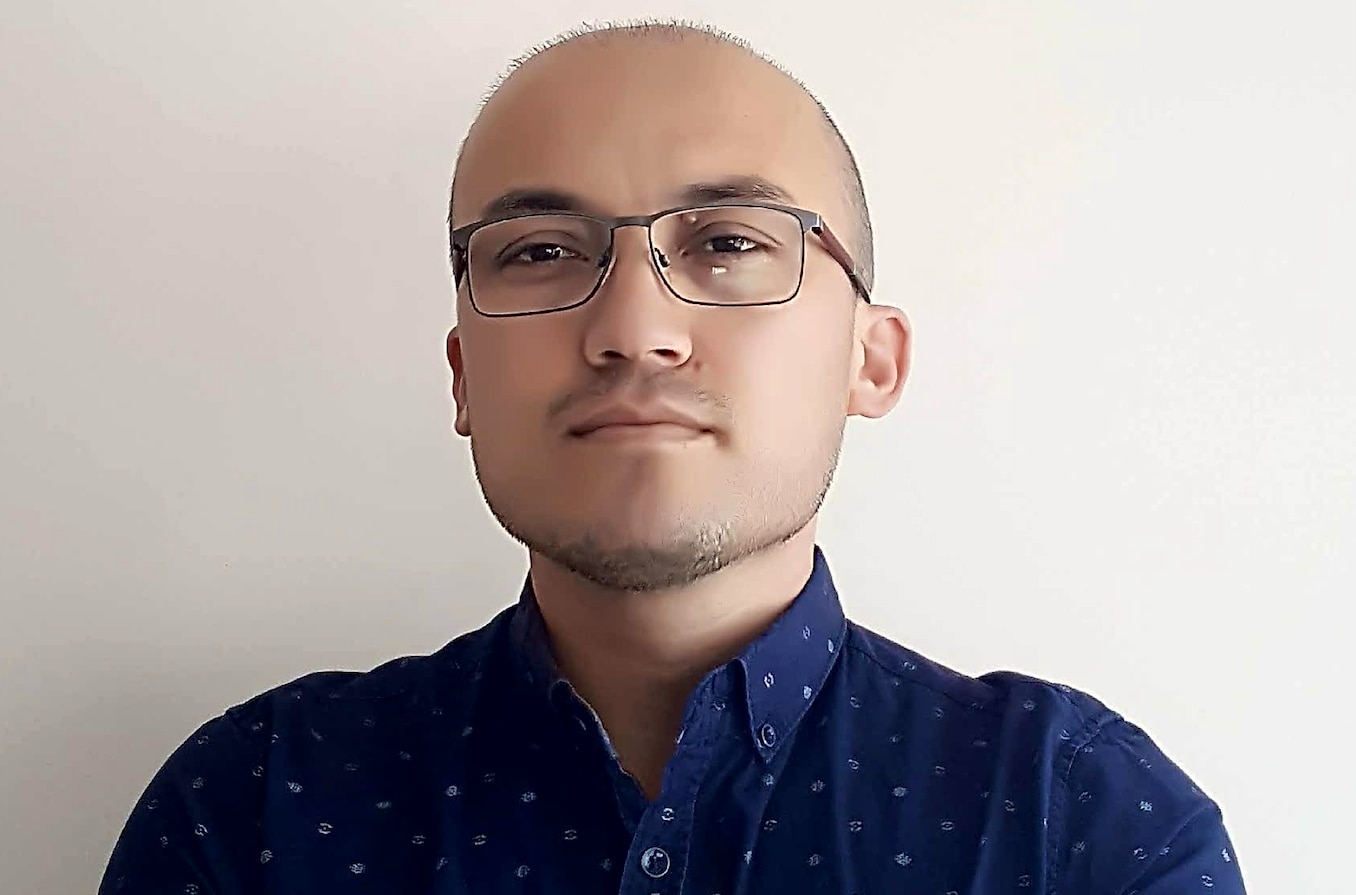 Hadi Zaher has no hope of any change in the Talibani version of an Islamic emirate.
Supplied/Hadi Zaher

Mr Zaher warned that if the international community “retreats” from Afghanistan, given the vulnerability of the country’s ethnic and religious minorities, it could lead to “religious, regional and ethnic cleansing”.

This is something that the Hazaras have already gone through when the Taliban seized power in Afghanistan in the late 1990s.

According to Human Rights Watch, on 8 August 1998, when the Taliban captured the northern city of Mazar-e Sharif, the militia fighters “particularly targeted” the Hazaras, killing “scores of civilians”. 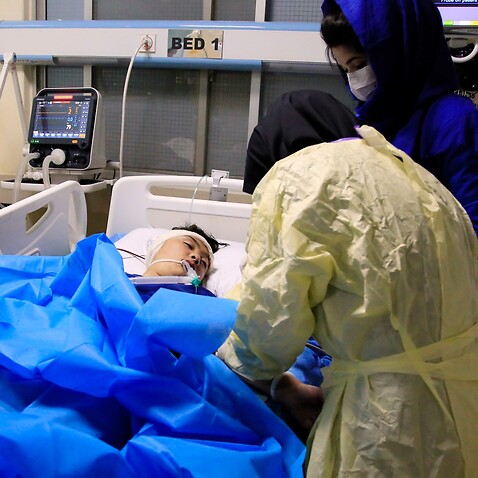 The Taliban’s hard-line approach towards the predominantly Shia Hazaras during its regime and targeted attacks against the community in recent years have forced millions of Hazaras to seek refuge in Afghanistan’s neighbouring countries with thousands of them subsequently making their way to Western countries, including Australia.

In their letter to the head of the UN, the organisations listed at least seven deadly targeted attacks on just one overcrowded area of Western Kabul in the past three years, including the most recent suicide bombing at an education centre.

Mr Zaher said looking back on the Taliban’s history and what the group’s peace negotiators in Doha have so far demonstrated, he holds little hope of any change in the Talibani version of an Islamic emirate.

He said the international community should guarantee the safety of minorities and ensure the recognition of their fundamental human rights in the ongoing peace talks. 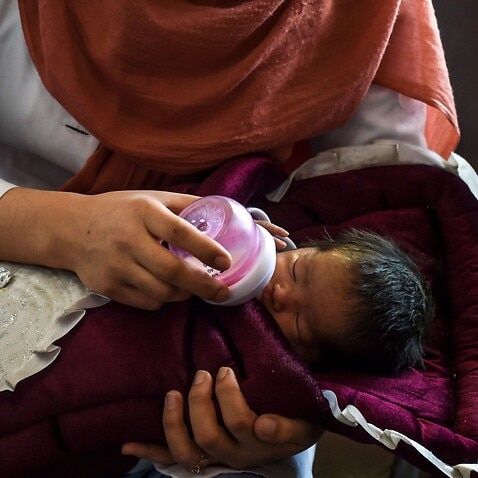 Mr Zaher has little hope that a Biden administration will change the course of the currently “deadlocked” peace negotiations.

“We will see what their policy is, whether they, like [US Special Representative for Afghanistan Reconciliation Zalmay] Khalilzad and Republicans did, accept all of the Taliban’s demands, unreservedly agree to negotiate and effectively give them recognition or not.

“It’s more likely that there won’t be any change, but there is a hope and as an organisation that’s concerned about the situation in Afghanistan and follows it, we are ready to hold that hope.”