So-called Islamic State have claimed responsibility for a suicide attack in the Afghanistan capital of Kabul which has left at least two dozen people dead and dozens wounded.

A suicide bombing at an education centre in Afghanistan's capital Kabul has killed at least 24 people and wounded dozens more.

IS claimed responsibility for the bombing, the group said in a statement on Telegram, without providing evidence.

A Ministry of Interior spokesman, Tariq Arian, cited security guards as identifying a bomber who detonated explosives in the street outside the Kawsar-e Danish educational centre.

A Taliban spokesman on Twitter denied responsibility for the attack, which comes at a sensitive time as teams representing the insurgents and the government meet in Qatar to seek a peace deal. 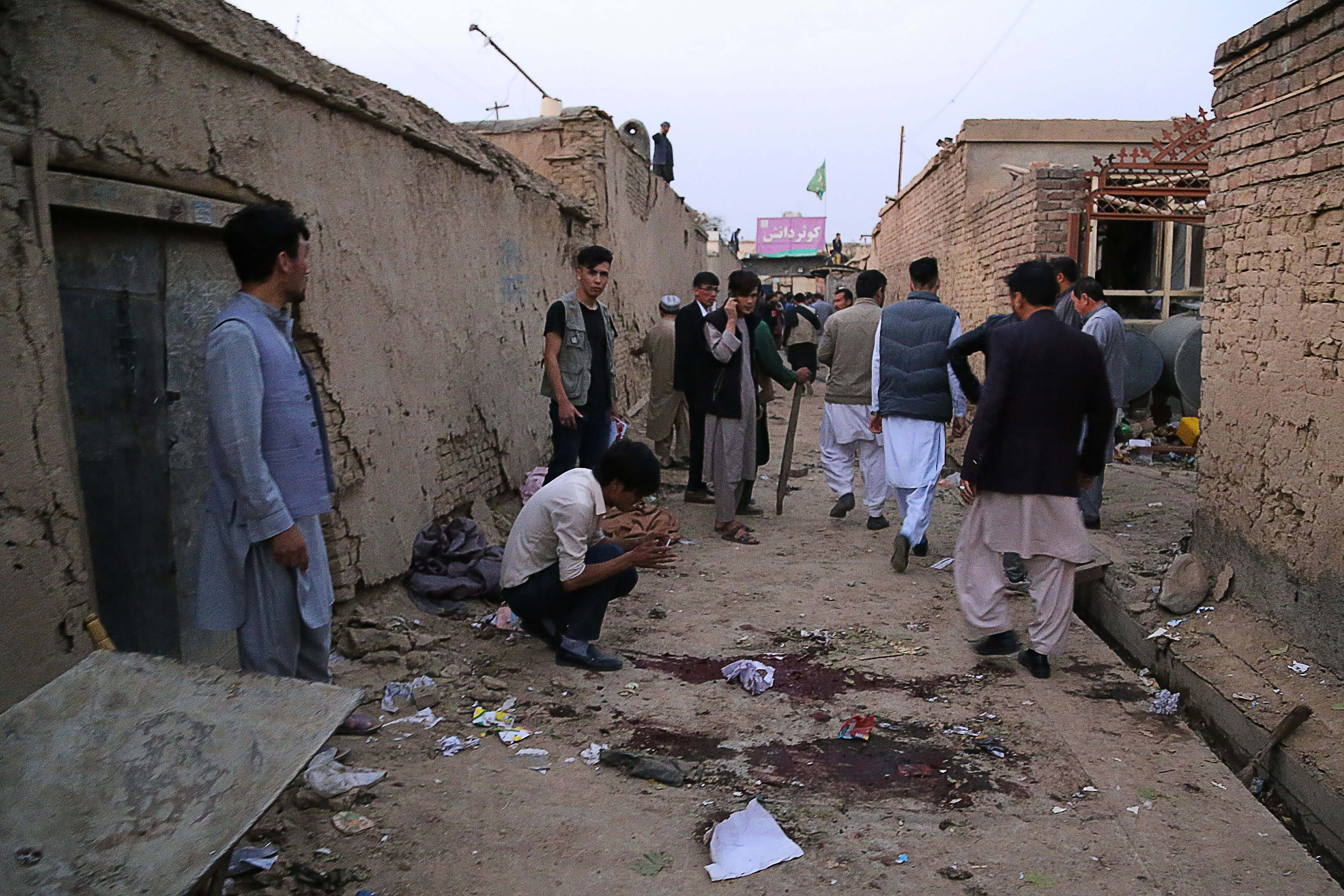 Residents gather at a site following a suicide bomber blew himself up in an education centre, in Kabul on 24 October, 2020.
Getty

The attack took place in an area of west Kabul that is home to many from the country's Shia community, a religious minority in Afghanistan targeted by groups such as Islamic State in the past.

Dozens of students died in the same area of Kabul in an attack on another education centre in 2018, while in May gunmen attacked a maternity ward, killing 24, including mothers and babies.

The latest attack comes on the back of heavy fighting in multiple provinces in recent weeks, which has displaced thousands of civilians in southern Helmand province.

Attack on educational center in Kabul leaves civilians, children and youth, killed & injured. After a week of horrific violence across Afg this news drains every last ounce of energy & hope. How much more can we endure, as individuals & as society? How many times can we rise?

"How much more can we endure, as individuals and as society? How many times can we rise?" asked Shaharzad Akbar, the chairperson of Afghanistan's Independent Human Rights Commission on Twitter, saying the targeting of civilians was a war crime.