Bhakti Mathur who left her banking career to become an author has written 15 books that introduce young children to Indian festivals, historical places and Hindu mythology.

How do you explain these terms and introduce your culture and tradition to your kids?

An Indian-origin banker who lives in Hong Kong with her husband and two children faced a similar dilemma that motivated her to write books on these topics for kids.

Bhakti Mathur left her 22 years of banking career in 2010 to become an author to write books on Indian culture, festivals and places.

“I live in Hong Kong and I have two kids. I remember it was time for Holi and I wanted to tell them the significance of the festival and how we celebrate it in India. I was wondering how do I explain it to them. Then it struck me to write a book on it and tell it in a way, my grandmother and mother told me. My kids call me Amma and the books I have written are like a conversation between a mother and a child. So that is how ‘Amma Tell Me’ series was ideated. Amma Tell Me About Holi was my first book,” says Bhakti. Amma Tell Me series has twelve books, in English and Hindi, on the festivals of Holi, Diwali, Krishna Janamashtami, Ganesh Chaturthi, Durga Puja, Raksha Bandhan; on the Hindu gods Krishna, Hanuman, Ganesha; the Hindu Goddess Durga and on the Ramayana.

“It is often difficult to explain Indian festivals and traditions to children growing up outside India. When we live far away from India, we do celebrate Indian festivals but it is not the same as growing up in India. So the motivation was to introduce my kids to our culture and learn from it,” she says.

“I have tried to write these stories in a style that our grandmothers and mothers used for story-telling. I have also tried to include a moral at the end of the story.”

Written for children aged between three and nine, these books on Indian festivals and mythical characters are aimed at teaching children about Hindu mythology through illustrations and rhyme. Two years ago, Bhakti launched another series titled ‘Amma Take Me’ which is a travelogue of historical and cultural places in India.

“My publishers gave me this idea. The books introduce places like Golden Temple, Tirupati, Dargah of Salim Chishti and are based on our experiences when we visited the place.

“My kids asked me many questions when we visited the Golden Temple in Amritsar. History books are sometimes boring so I have tried to weave the historical facts and the tales into a story-telling format. Kids find it more interesting to learn about a new place this way,” she says. Writing is something Bhakti enjoys and she has two more books in the offing.

“I had never thought I will leave a career where I had spent two decades but my children inspired me. When I started writing, I did not know it will take off like this. But I kept writing. I enjoy it and that is how I became an author. I am currently writing two books – Amma Take Me to Shirdi and Amma Tell Me About Prahlad. It should be out by Diwali,” she says. 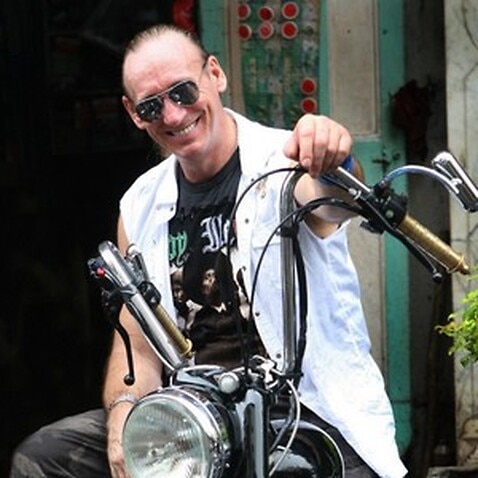