The founder of the India Business and Community Awards (IABCA), Sonia Gandhi, talks about the first Parliamentary Roundtable organised in Canberra attended by a cohort of leaders from across Australia.

On June 21st, more than 20 IABCA winners, all leaders in their own fields, were invited to discuss ideas on how to strengthen the Australia India relationship at the Australian Parliament in Canberra.

Hosted by the co-chair of the Parliamentary Friends of India, Julian Leeser, this day-long roundtable was attended by High Commissioner of India in Australia, His Excellency Dr Ajay Gondane, AIBC Chair Sheba Nandkeolyar, Minister for Citizenship and Multicultural Affairs Alan Tudge and Minister for Small and Family Business, the Workplace and Deregulation, Craig Laundy.

India Australia Business and Community Awards (IABCA) founder, Sonia Gandhi, told SBS Hindi that the idea behind organising this one of a kind roundtable was to initiate a dialogue on how Indians who have migrated to Australia can grow their roots in Australia but also do business in India.

“Indians who have migrated to Australia have a great entrepreneurial skill set. Many among them want to do a business in India but a proper channel or guidance is lacking. This roundtable was attended by IABCA winners from past four years who exchanged ideas and discuss to bridge this gap,” Ms Gandhi said. 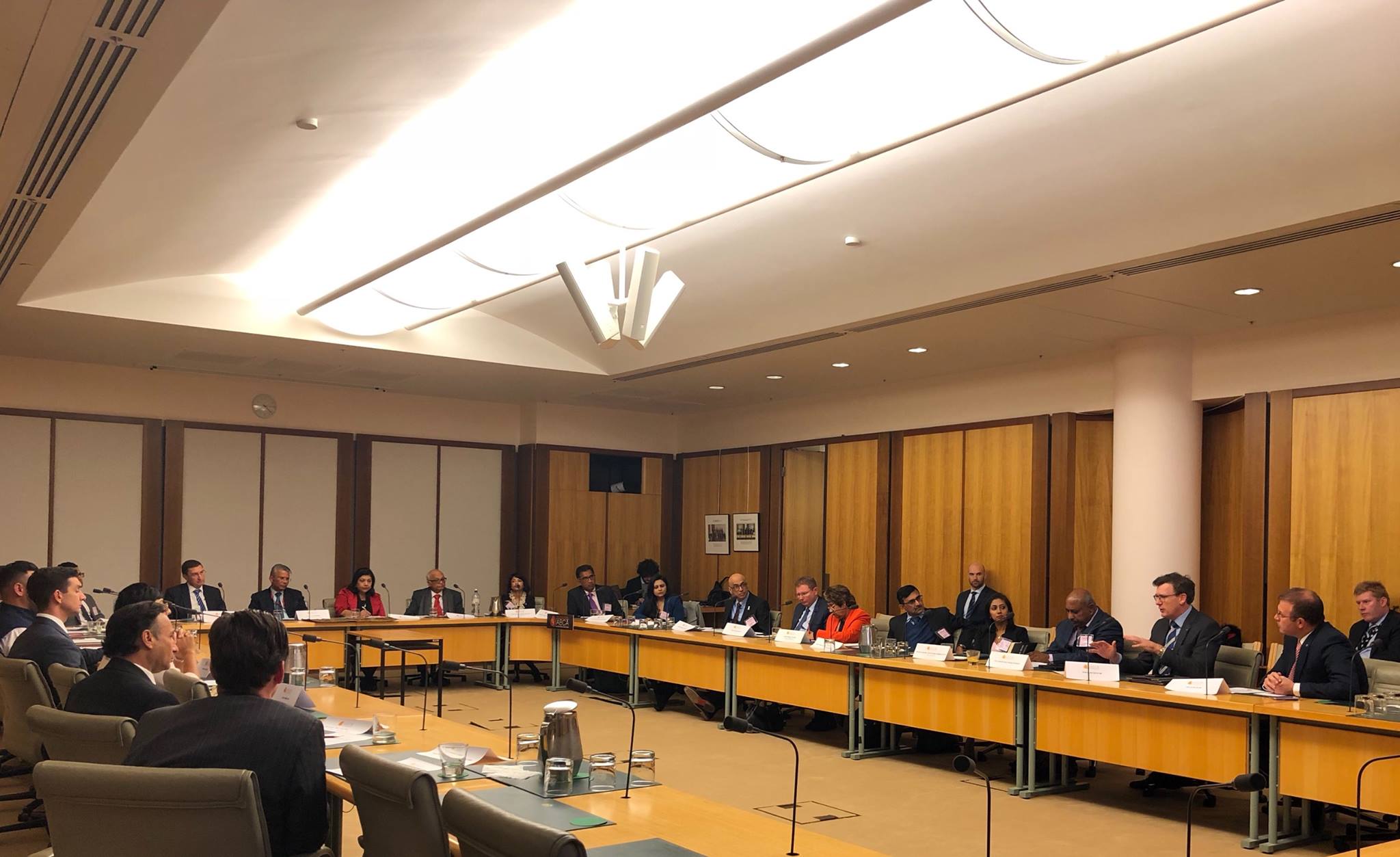 Co-chair of the Parliamentary Friends of India, Julian Leeser who hosted the roundtable said, “The Roundtable was a fantastic event that brought together some of the very dynamic Indian businesses operating in Australia with decision-makers in Government.

“It was a valuable opportunity to better understand the challenges businesses face and the strengths and opportunities of the Australia-India relationship.

“As the co-Chair of the Parliamentary Friends of India, I welcome these opportunities to highlight the great work of members of the Indian community in Australia and to further broaden the conversation between our two countries.”