Craig Foster is fasting during Ramadan and sharing meals virtually with Muslim Australians, in a bid to promote cultural acceptance.

The former Socceroo and current football analyst tells SBS Arabic24 that the holy month presented a good time to show his support and solidarity with Australia’s Muslims, who he says have been “mistreated” in the community over recent years.

In a spirit of brotherhood, friendship, solidarity and breaking down cultural & religious barriers for a better world, @hakeem07746464 and I will share Ramadan together this year. 💜 to our Muslim friends in 🇦🇺 and around the 🌏 pic.twitter.com/WXD2D1QxrJ

“We might have different points of view, different religions, and we have different languages but, in the end, and right now it’s the perfect moment for Australia to recognise that actually we are all the same we are all human beings and we must learn to understand and interact with each other.”

Foster felt inspired to lead the initiative following conversations with Bahraini-Australian footballer Hakeem al-Araibi, whom he forged a friendship with after lobbying for his release from a Thai prison in 2019. 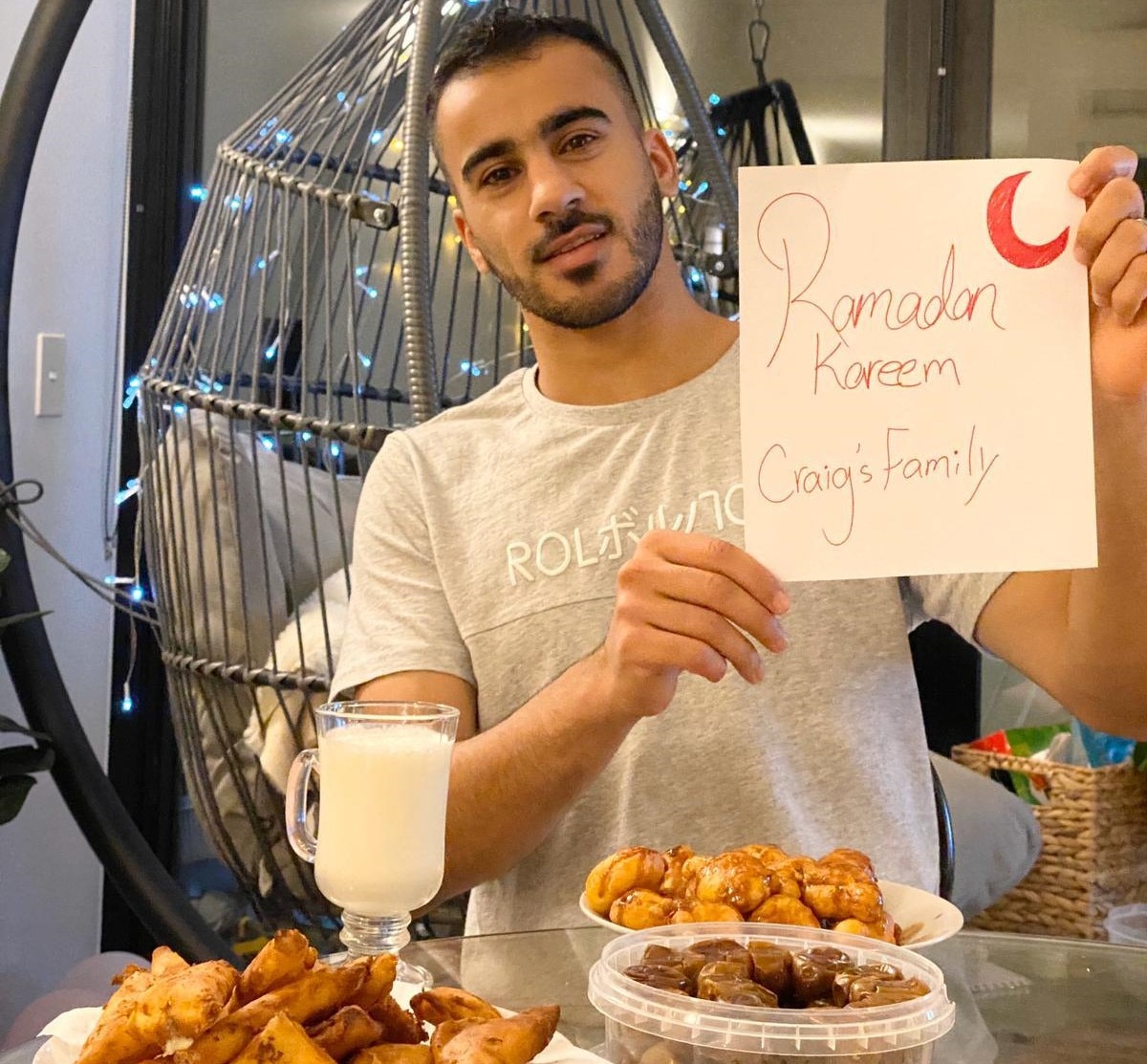 Hakeem al-Araibi is an Australian footballer of Bahraini decent.
supplied

“I have got so many wonderful friends who are Muslims, including Hakeem al-Araibi of course, who now I call my younger brother. Hakeem and I started talking about this months ago and he suggested why don’t you do something with us.

“I just wanted to demonstrate to all different communities in Australia and during Ramadan, we are all in this together, that I am with you, I support you.

“In my point of view, we all need in Australia, to collaborate and build trust and connection and understanding across all our differences.”

As part of the initiative, Foster is breaking his fast with prominent Australian Muslims, including the CEO of the Muslim Women Association Maha Abdo and comedian Nazeem Hussien. 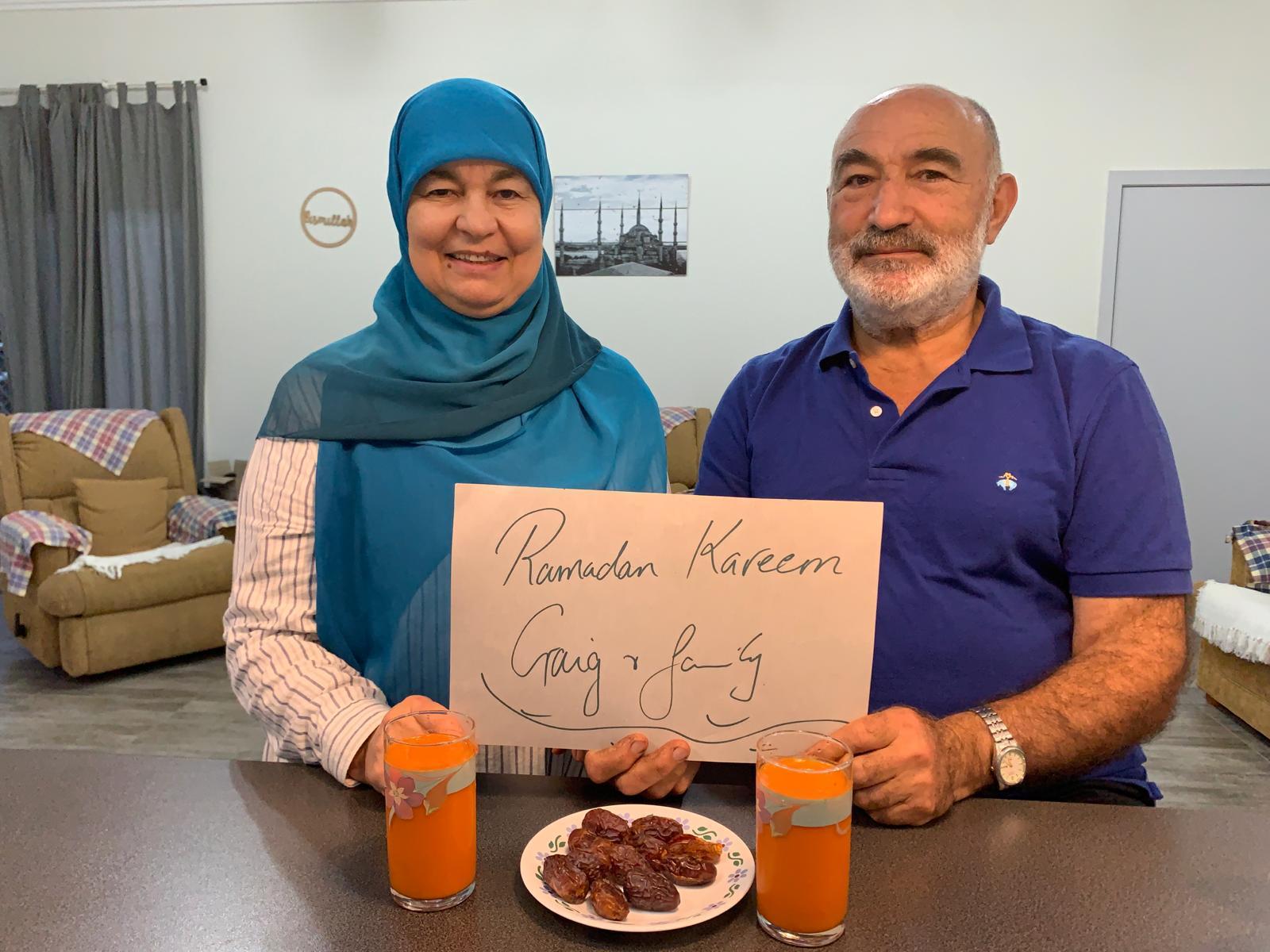 Both Foster and his friends take a picture of themselves during the Iftar meal with a paper on which they write the greetings 'Ramadan Mubarak' or 'Ramadan Kareem', as well as their family names as a mutual greeting between the two families.

“I think it’s really important for interfaith and intercultural understanding, building trust and collaboration. That’s my view, that’s why I work for SBS, that's why I sit on the Australian Multicultural Council, that’s why I used to sit on COALAR which is the Council on Australia Latin America Relations because I believe that there is shared humanity between us all.

“There is no point in just sitting across each other on a table, we have to actually get to know the people and then through that we can build deeper trust and that’s incredibly important in times like threats, and in a multicultural country like Australia that’s the foundation of what it is.”

He says his experience fasting has had its ups and downs. 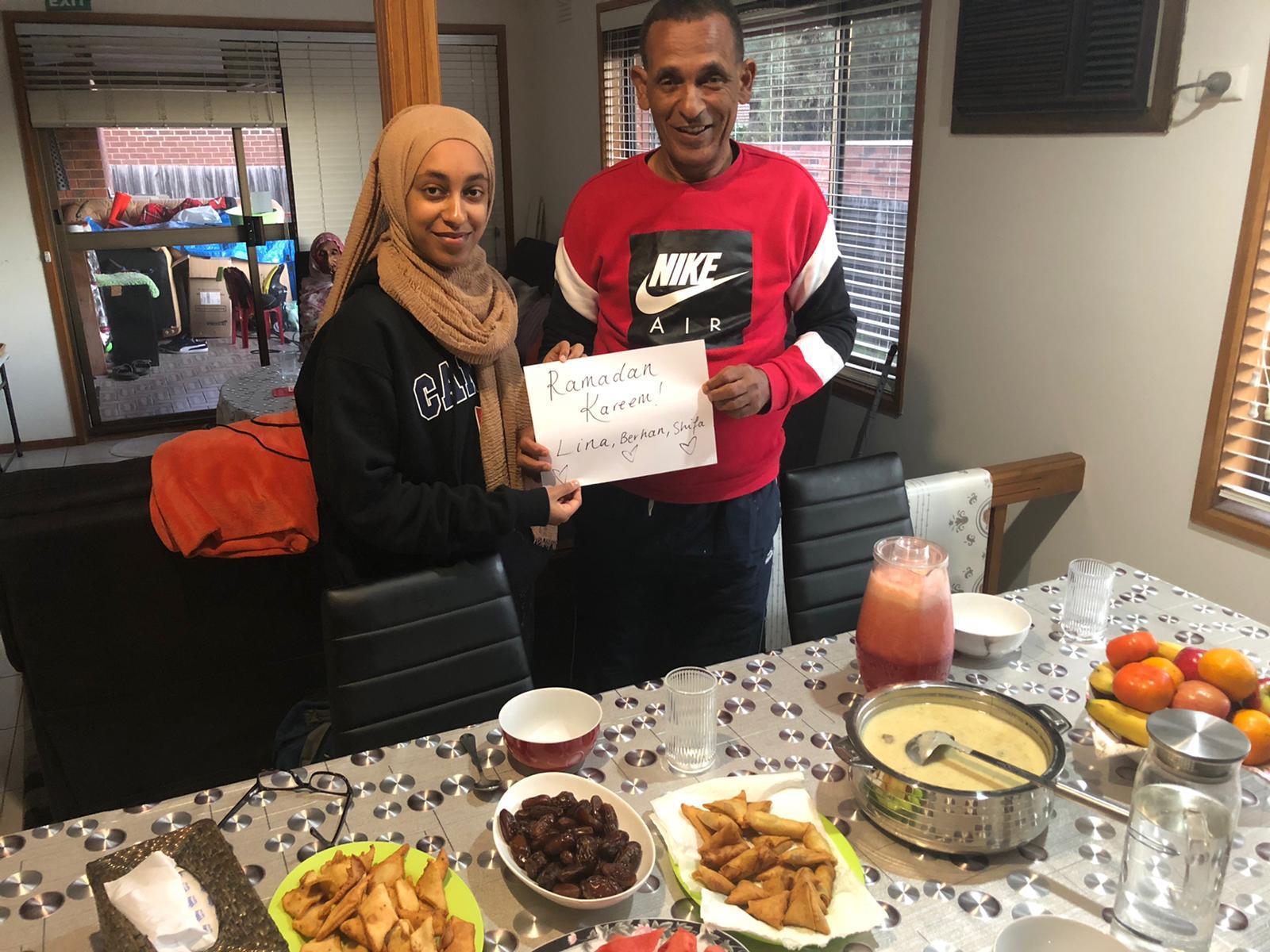 “The first few days were easy and very exciting, I am sharing virtual Iftars with many leaders of the Australia Muslim community and will be international as well during the month. In the last couple of days, it has been more difficult, not just not eating that has been quite fine. The first few days were overeating at night…I tried to eat everything in the house,”

“But the last couple of days has been dehydration, without drinking water during the day, I am not used to it.”

Foster has been vocal during the coronavirus pandemic by calling on the sporting community to "play for lives" this winter season by volunteering.

During the coronavirus pandemic, mosques are closed due to government restrictions, which has forced Islamic leaders to hold daily seminars.

We’re all different in 🇦🇺 in many ways across ethnicity, culture, religion but this virus has reinforced that we’re all the same, and stronger together #RamadanKareem Nazeem pic.twitter.com/vGprejRc6E