Abdulrahman Hammoud went to an Islamic school where he found solidarity to fast during Ramadan, celebrate Eid, and saw his friends’ mothers wearing hijabs. He did not feel different and never questioned himself for holding the Arab Muslim identity. But this world, which is ideal for some migrants, disappeared when he first set foot in university, a world where he found himself a stranger and a target for people who didn't welcome diversity.

Listen to Abdulrahman Hammoud's story by clicking on the audio link attached to the image above.
Or via your favourite podcast platform here

“I still remember the first time when my university colleague hugged me and kissed me on my cheek, I was shocked!”

Abdulrahman Hammoud is an Australian-Lebanese poet who lived a homogenous life where his school culture mirrored the one he had at home. During his youth, he attended an Islamic school where he found solidarity to fast during Ramadan, celebrate Eid, and saw his friends’ mothers wearing hijabs.

"I used to feel that my life during my school days was normal, I did not know that there was another life different from my life. My friends and I at school were similar, we are all from culturally diverse backgrounds and my parents treated me like their parents used to treat them, we are all from the same religion, we do not drink alcohol nor smoke cigarettes, and know what is Haram [forbidden] and what is Halal for us." Back in the school days, Abdulrahman did not feel different and never questioned himself for holding the Arab Muslim identity. But this world, which may be ideal for some migrants, disappeared when he first set his foot in university - a new world in which he was forced to coexist with customs and traditions that he was completely a stranger to.

I was shocked when I moved to university; my shock was humongous, a completely new world as if I had lived my entire life before it in a country other than Australia.

Abdulrahman’s Islamic school allowed him to meet many other children of migrants who spoke languages ​​at home other than English and had Arabic and Islamic names. 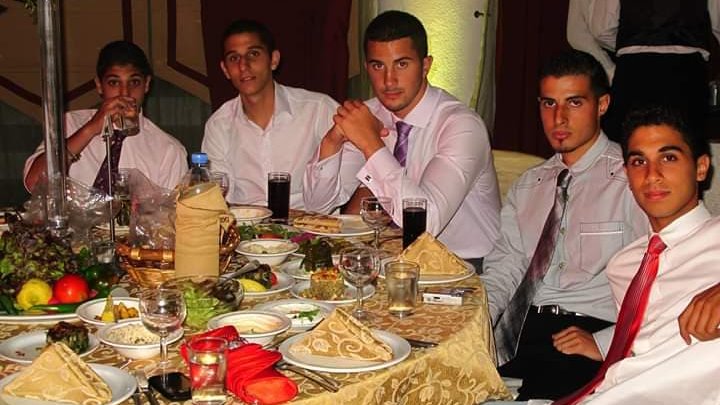 "When I started university, I was surprised that my classmates only spoke English. I speak Arabic and my colleagues spoke Afghani and Ethiopian and they all had familiar names. At university, the names of my colleagues seemed very strange to me. ‘Karen and Charlie’, I didn't know anyone in my school with these names."

Not only the names but the whole culture was different: "Drinking alcohol was OK for them; they spoke about clubbing and bars where they get to know new friends and start dating!"

"It was very strange for me; I learned that these are Haram [forbidden] at school. Entering bars is considered Haram because it serves alcohol and offers opportunities to mix with girls informally.”

For his colleagues at university, these activities were very normal – part of growing up, part of university life, part of being free. It took him some time to realise that this is part of their life, just how he had a certain lifestyle back at the Islamic school, with friends named Mahmoud, Khaled, and Farah.

The first time a university female colleague hugged me and kissed me on my cheek, I was shocked! I didn't hug her back; I didn't move a finger, completely shocked. I went home and thought about what I did! I asked for God’s forgiveness.

Abdulrahman feared that he had made a big mistake. Also, he thought maybe this girl either had feelings for him or was in love with him and perhaps wanted to date him. He had to reintegrate, learn, question, and reassess the life he led before and build a new one for after school. "I formed my own point of view about Halal and Haram. I didn't mind sitting next to a girl, talking to one and even hug another.

"I was convinced after some time that most behaviours and activities were normal, not strange or reprehensible, it’s part of the Australian culture."

The new Abdulrahman did not seek any advice from his family to develop. At this age, as he says, most young people tend to conceal their life from the parents: "We would like to feel that we are able to manage our lives alone."

To fit in, he realised that he needed to compromise or be flexible to accept some jokes related to the negative stereotypes that some Arabs and Muslims endure.

I had to accept the jokes and comments about Arabs and Muslims as ‘terrorists,’ only because they did not mean me personally, as if I were not an Arab Muslim. I didn’t, and this is when people decided to stay away from me.

He seemed strange to some people at university too: "I had to explain everything related to my religion and Arab culture, explain why I practice and why I think this is the right thing to do, like fasting Ramadan."

At the age of twenty-three, Abdulrahman decided to be more open about his Arab and Islamic identity without reservations. "I’m jaded. Accept me as I am because I am proud of who I am." However, his reconciliation with his identity does not prevent him from wondering about the circumstances of his upbringing, was his family right to put him in an Islamic school?

On the one hand, his early life might be a reason why integrating was not an easy process at university. At the same time, it made him proficient in Arabic and very familiar with his culture and religious beliefs.

I think about it but it's hard to find the answer.

"I have Arab and Muslim friends who attended public schools. We both were subjected to racism, we both were called terrorists, and we both walked with our mothers wearing hijab and were insulted from others in the street."

One of the challenges he faced after university was finding a job. “I didn't get a single job opportunity through sending my resume, never, even if I had all the necessary requirements."

He did not assume this was because of his Arab name or identity, perhaps a coincidence or just bad luck. However, he got few job opportunities through connections, people who recommended him personally to the workplace. Whatever the challenges were, and how they shaped his mixed identity, he remains proud of his Arab-Lebanese origins. He is an artist, a performer that can adjust to any role he plays. "When I am performing, I make sure to introduce my full name and say that I am an Arab, Lebanese, and Muslim."

Another question he asks himself is if shall follow his parents' path and enrol his future children in an Islamic school or public school?

"I think about my experience facing bullying and racism, and how I was able to cope and endure all circumstances, it did make me stronger today. But still, not everyone has the ability to tolerate,” he wondered. 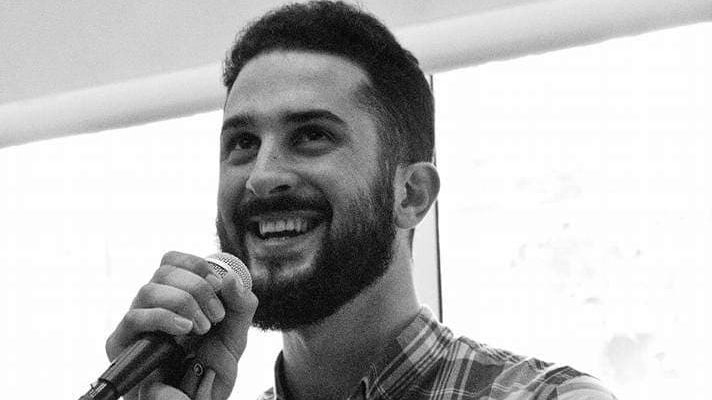 “When they leave the religious school or the boys or girls-only school, there must be a transition stage that prepares them mentally and helps them integrate better into the university and wider society."

"My family knew no life other than the one they lived in Lebanon. When they arrived in Australia they had no time to get to know another life."

"They were working to secure our futures, and they faced a lot of racism and harassments. No one trained them to integrate, so how they were supposed to train us?"

He thinks that his generation is more capable of dealing with that now.

According to Abdulrahman’s experience, if parents are able to provide support to their children when needed through these tough times and big changes, then the children will be fine, and such experiences will only make them stronger.

"All options have pros and cons, and in all cases, children and young people will be exposed to comments in school and university that they won’t like, you will come back home crying, it will happen 100 per cent.”

He recently completed his first season as an actor in a lead role for the play "THEM" which sold out all 13 shows and received critical acclaim in the press. Most of his work revolves around current issues including the constant state of war in the Middle East, racial divides, as well as the portrayal of masculinity. He is also an avid purveyor of starting books but never finishing them.

This is the fifth episode of My Arab Identity podcast, in which young Arab Australians speak about how they navigate a mixed identity. Hear more episodes and read the rest of the stories here. Listen to Abdulrahman Hammoud's story by clicking on the audio link attached to the image above.
Or via your favourite podcast platform here