With the public display of the Nazi Hakenkreuz soon to become banned in Victoria, members of Australia’s Hindu community say they want clearer differentiation between the hate sign and the swastika, a holy symbol in several South Asian religions.

Last week, the Victorian government introduced a bill banning the intentional public display of the Nazi symbol throughout the state, while religious versions of the symbol tied to Hindu, Buddhist and Jain faiths will remain legal.

Update on 22 June 2022 - Victoria has passed legislation banning the public display of the Nazi swastika.

The swastika - an equilateral cross with legs bent at right angles that look like swirling arms or a pattern of L shapes - has been a revered symbol in several South Asian religions for centuries.

But Kulwant Joshi, President of Australia's biggest Durga Mata temple in Deanside, Melbourne, says Nazi appropriation of the swastika means today it is looked upon by many as a symbol of hate and intolerance.

"We are with the Jewish community for the horrendous times they have been through. Ironically, the symbols look similar but that's what we are trying to explain - the Nazis used a hooked cross as their symbol and it's not a swastika,” he says.

Should the similarity between two symbols overshadow the swastika's age-old golden reputation of good fortune?

Explaining the difference between the two symbols, Mr Joshi says, "The symbol for Hitler's party was the Hakenkreuz, in which the swastika is rotated to the right, and the four dots are omitted.” 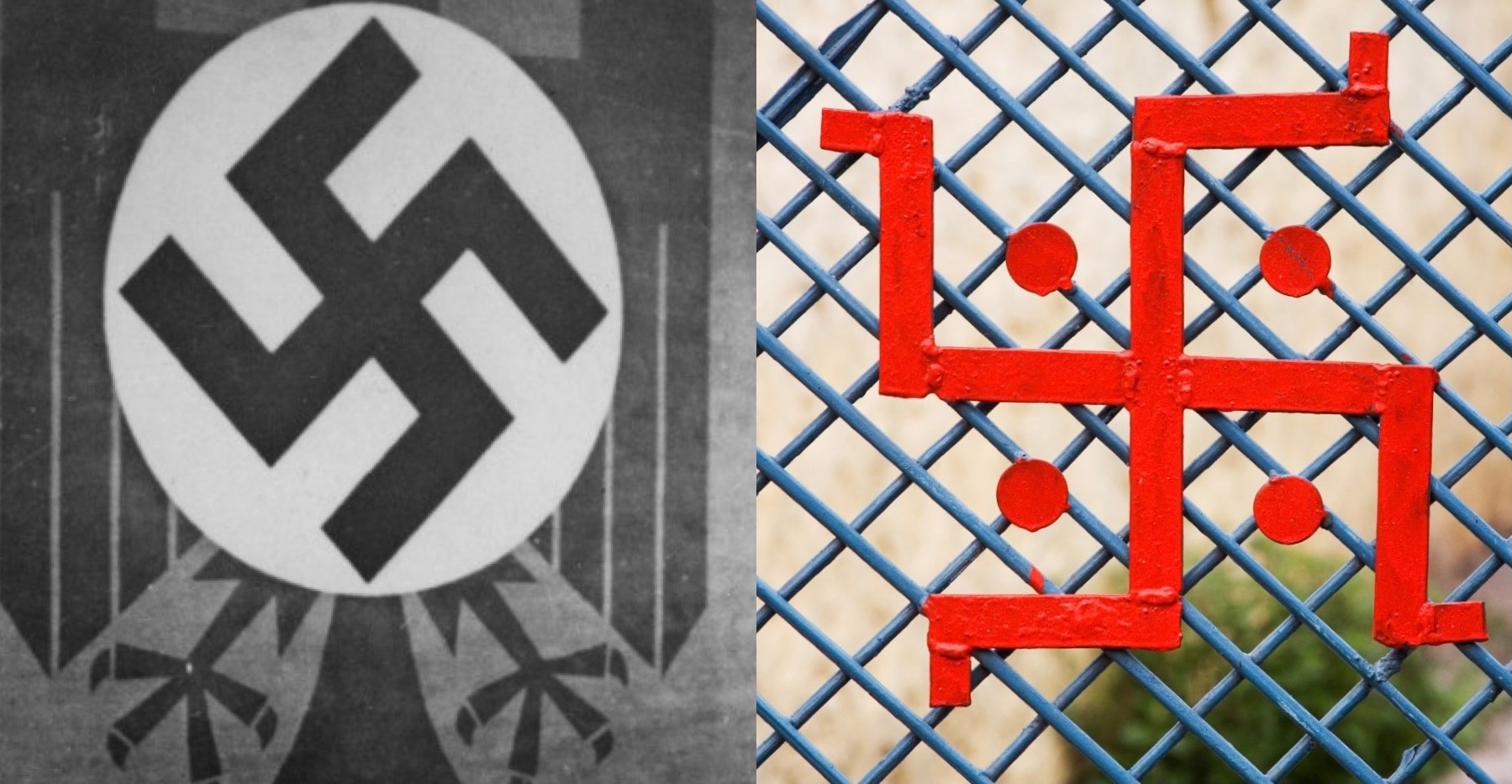 (L) 'Hakencreuz' the symbol of the German Nazi party (R) 'Swastika' the symbol of prosperity and good fortune used by South Asian cultures.
Getty
"In the Nazi symbol, the arms are angled at 45 degrees, giving the symbol a slant, but in Hindu swastikas, the base arm lies flat,” he adds.

The Nazi Hakenkreuz became one of the most hated symbols of the 20th century, as well as the most recognisable, but Mr Joshi explains that this is far removed from the swastika’s origins.

"The word ‘swastika’ originated from the Sanskrit roots su (good) and ati (to prevail), which describe wellbeing, prosperity or good fortune, and have been used in prayers of the Rig Veda, the oldest of Hindu scriptures," he says.

Mr Joshi also called on media and government organisations to avoid using the word ‘swastika’ to refer to the Nazi symbol.

“According to my knowledge, Hitler himself never used the word ‘swastika’,” he claims.

Jaclyn Symes, Victoria's attorney-general, says the legislation, which does not cover online displays of the hate insignia, sends a clear message that Nazi and neo-Nazi ideology is not welcome in the state.

Displaying the Nazi symbol in public will be punishable by up to 12 months in jail and a $22,000 fine.

The ban has been welcomed but also met with questions from the Australian Hindu community, who say proper differentiation and a name change for the Nazi symbol are needed.

Ketan Rajpal, a Mickleham resident in Melbourne's north, has been a devoted temple visitor for more than a decade. 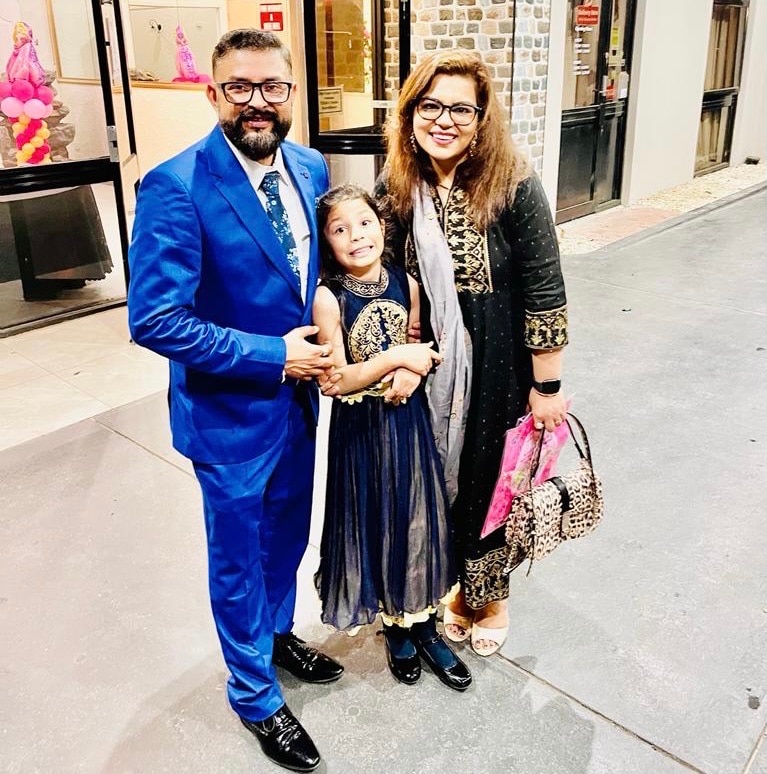 Ketan Rajpal with his family.
Supplied by Mr Rajpal.
He says interfaith dialogue and community education programs can play a key role in raising awareness.

"If the government is taking landmark legislation on an issue affecting the multicultural community, all we demand is 'awareness', awareness at all levels," he says.

"I have a daughter to whom I try to pass on as much cultural knowledge as I can. But sometimes I worry, her being a kid, how will she react if someone asks her about this sensitive issue? For her, there is only one swastika, which she draws before any celebration and which brings good luck." 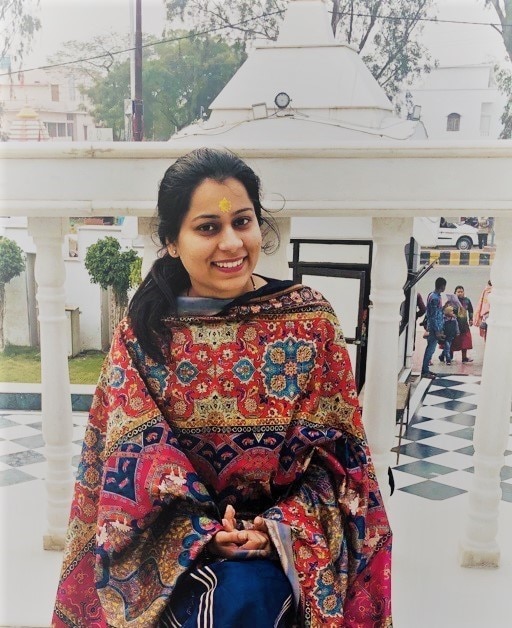 She invited her new neighbours to be part of their evening Diwali celebrations. To her surprise, they immediately questioned her motives.

"Why have you drawn a hate symbol in front of your house?" she recalls being asked.

"Coming from an eastern heritage, I never expected this kind of question. It was thought-provoking and opened my eyes to how complex this issue is because of how it's perceived among other cultures.

"I did explain it to my neighbour and was able to educate one person, but what about others?

"I personally believe that the subject should be addressed at a larger level," she says. A representative image of Swastika drawn as a Rangoli in front of Hindu homes.
Getty Images/Dinodia Photo
Ruchika Talwar, a Digital Content Editor with SBS, has a similar story.

She drew this sign outside her Melbourne home as part of 'greh parvesh', the Hindu housewarming ceremony.

"One night, we had guests over at our place, we were awake till midnight and someone knocked on our door.

"It was a police officer on patrol enquiring about the sign. We told him that it was a Hindu swastika. But it was concerning that if a law-abiding police officer can confuse these signs, who else might in the future?

"You can't stop someone who has hatred in mind... So, as a safety precaution, we erased the sign right away with a heavy heart," she says.

Ms Talwar says a sensitive approach is needed because many people in Australia associate the swastika with Nazism rather than religion.