Religious organisations in Victoria are demanding reopening of churches, temples and mosques, denouncing a ‘discrepancy’ in the state's COVID-19 roadmap that allows indoor gatherings in restaurants and cafes but not in places of worship.

Over a dozen religious organisations, including the Greek Orthodox Archdiocese of Australia, the Islamic and Hindu Councils, have joined forces to demand reopening of their places of worship to the faithful under Step 3 of COVID-19 Roadmap.

An online petition under the Equality for Victoria’s People of Faith campaign has so far gathered over 10,000 signatures, which was also mentioned in the state Legislative Assembly by Liberal MP Brad Rowswell this week.

The petition - addressed to the Victorian Premier, Daniel Andrews - calls for amending the COVID-19 roadmap so that "people of faith and places of worship are treated equitably and fairly". 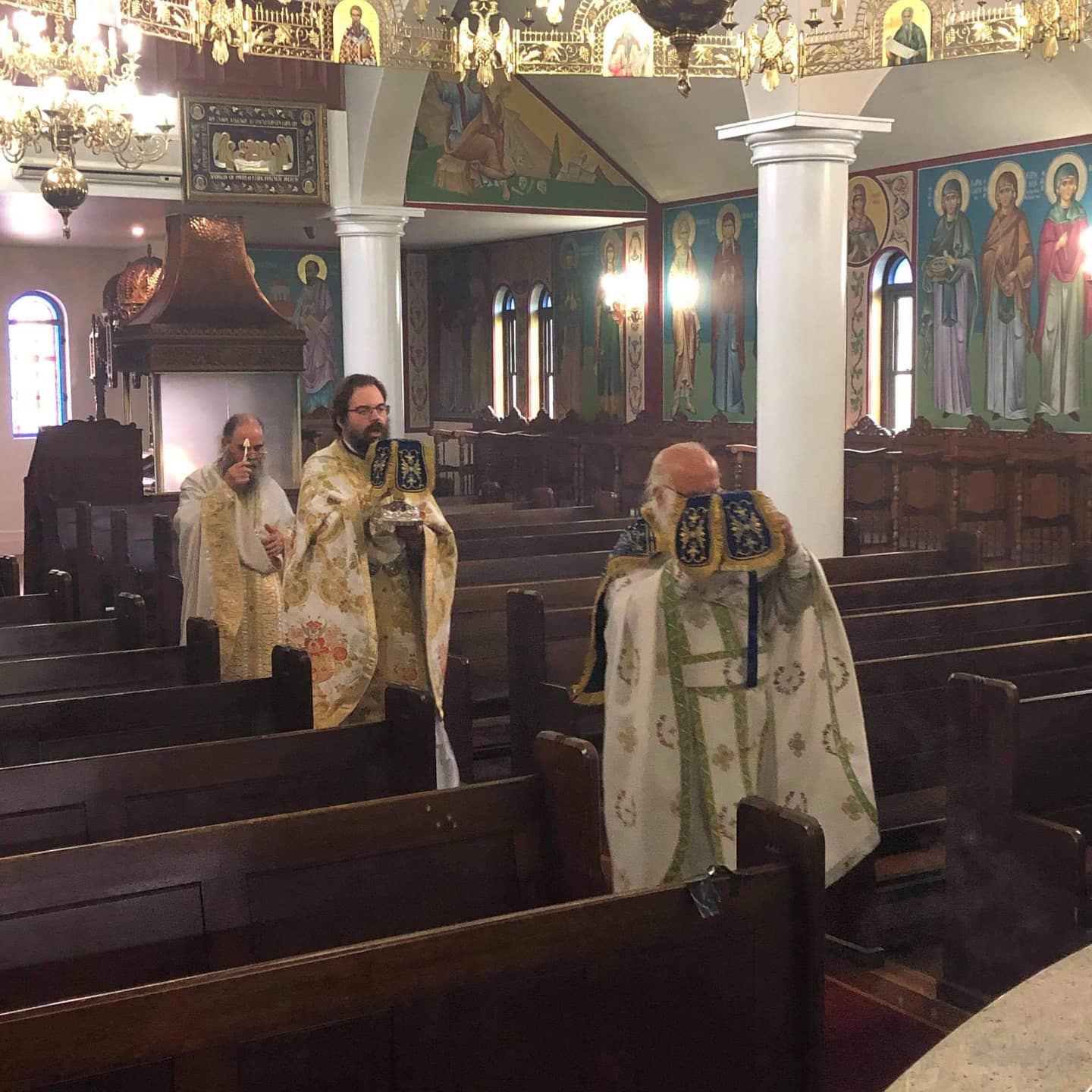 Fr Evmenios (middle) says that outdoor services are “impractical for many doctrines including Orthodoxy”.
Greek Orthodox Archdiocese of Australia District of Northcote Victoria/Facebook

These religious organisations argue that that the provision for outdoor religious gatherings for up to 10 worshippers and indoor worship restricted to household bubbles, under step 3 of the roadmap sits in contrast with cafes and restaurants being allowed to host a greater number of patrons in both settings.

“There is no logical reason for this discrepancy,” the petition reads, asking for religious organisations to be given the same opportunity to reopen with equal density quotient as the hospitality sector.

Fr Evmenios Vasilopoulos, Archdiocesan Vicar for Northcote from the Greek Orthodox Archdiocese, says places of worship had been left out of Victoria's reopening roadmap.

He says Outdoor services are "impractical for many doctrines including Orthodoxy”. “What we’re asking for is an opportunity for places of worship to operate again in a COVID-safe and law-compliant way, and we know we can do it. We did it under the previous lockdown.

“If they allow for people [to gather] in restaurants, why not the faithful in places of worship? We want equitable treatment and what we’re seeing is a bit hypocritical.”

Citing 2016 census figures that show 60 per cent of Victorians identified as religious, the petition argues that public worship is essential to their wellbeing. Imam Recep Akakus in Thomastown mosque. The Islamic Council of Victoria is among the 13 signatories of the petition “Equality for Victoria’s People of Faith”
Recep Sakar/Anadolu Agency via Getty Images

“As it stands, the 'Roadmap' suggests that our wellbeing has not been given due consideration,” the petition reads.

Vice President of the Islamic Council of Victoria, Adel Salman says the government should allow reopening of places of worship now.

"For people of faith to be deprived of their ability to attend and perform their religious duties in these places of worship a day longer than they absolutely have to is wrong.

He says not being able to pray in a mosque is leaving a "gap" in the lives of many Muslims.

"A lot of people have really felt a loss - mosques play such a pivotal role in the lives of Muslims. Not being able to attend the mosque is a huge sacrifice these people have made. There's no question that people need spiritual sustenance and places of worship play that role," says Mr Salman. The announcement for what the next phase of easing of restrictions in Victoria entails is expected on Sunday, 18 October.

With the numbers still stubbornly well-above the set mark, Premier Daniel Andrews has indicated that the roadmap out of lockdown is likely to be reassessed with regard to the number of cases.

Mr Andrews suggested that relaxed measures from next week in Melbourne will focus more on social interaction, flagging an easing of restrictions for businesses in regional Victoria.