Ali Sobbi Mahdi is still haunted by the moment he heard the news that his wife and three daughters had drowned at sea en route to Australia on the night of October 19, 2001.

The Iraqi family were passengers on the Indonesian fishing boat known as SIEV X, which capsized on its way to Australia, claiming the lives of 353 asylum seekers, with only 45 survivors.

More than two decades on, the incident remains one of the worst asylum seeker boat tragedies on record and continues to be the subject of cover-up allegations as the exact circumstances around the location of the sinking remains up for debate.

For Mr Mahdi, who watched the tragedy unfold in news reports after arriving in Australia on a fishing boat from Indonesia in 1999, the reminders of what he was told by survivors post-tragedy continue to resonate.

Now 63, the Sydney resident said he was told that four Australian ships were near the location where the SIEV X capsized but did not respond.

“They were looking at the boat as it crashed and sank, and did not move,” he told SBS Arabic24, recalling what he was told by survivors.

"The ships were close by and watched the situation while [it was] unfolding as the boat sank and yet did not extend a helping hand to my wife, children and the rest of those who drowned on the same boat."

Among the survivors were three of Mr Mahdi’s relatives.

He said those who managed to survive clung onto whatever they could find, including wooden planks that dispersed when the boat sank.

"Some of my relatives survived and told me that they were saved by Indonesian fishing boats, while the Australian ships only kept watching."

He heard these details sometime after the tragedy and recalls that the hardest period was when he learned about the fate of his wife and three daughters.

"My eyes were on the TV, which was broadcasting the news of the arrival of any boat carrying asylum seekers to Australian territory," Mr Mahdi said.

He said there were a number of news headlines about asylum boats that made it to Australia, but there was no news from his family’s vessel that was supposed to arrive earlier.

“I started to get worried.

“It was two o'clock in the morning. I rang the human smuggler who was supposed to transport my family, but there was no answer.

"A little later, I received a call from my nephew, whose family was also on the same boat, and he told me that my children and my wife had drowned at sea." 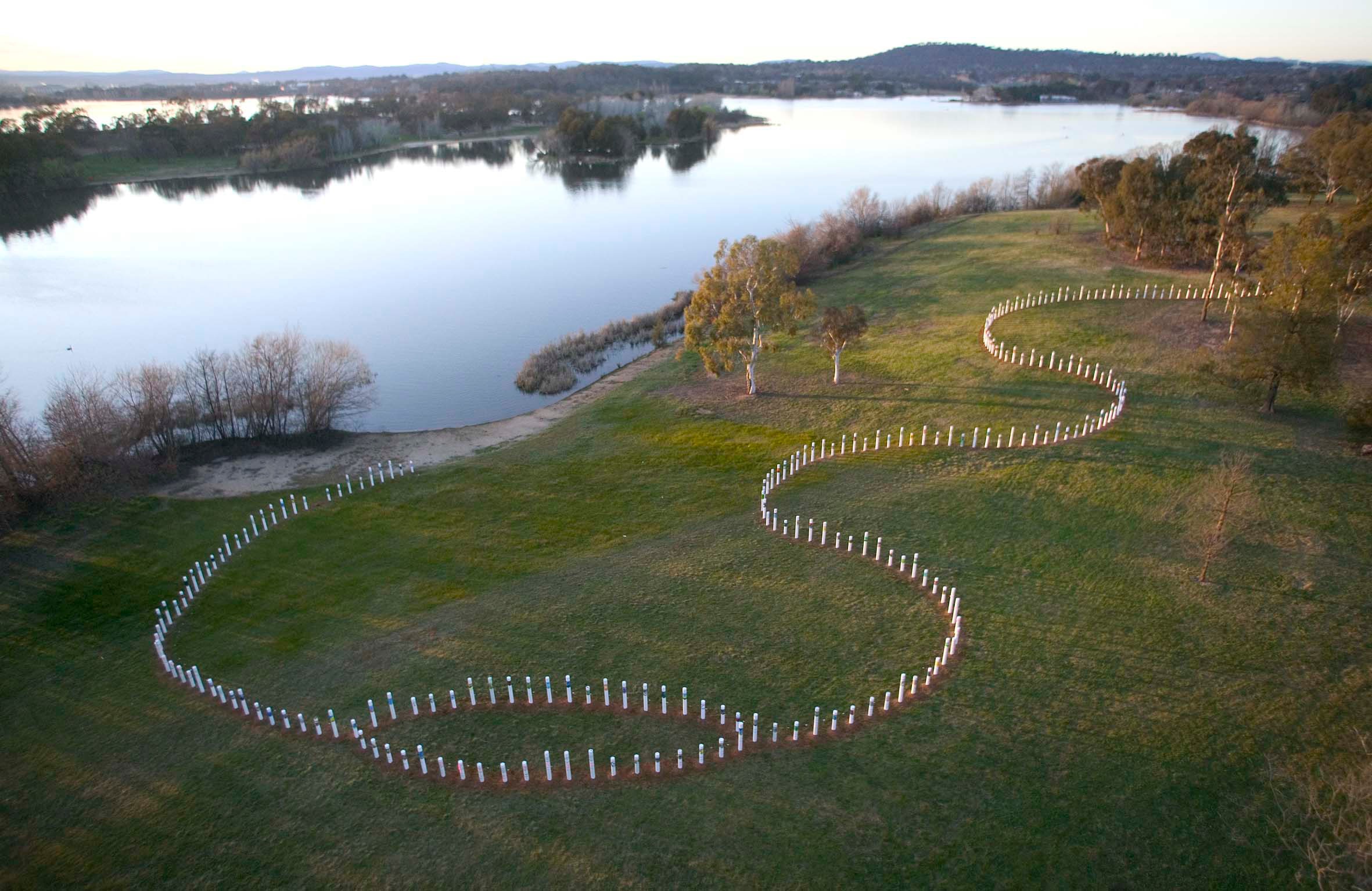 File image of the SIEX-X memorial at the Yarralumla Point in Canberra where 353 white poles were errected.
AAP

He recalls the extreme panic and pain during those initial moments, feelings he said have not left him two decades on.

"Even though 20 years have passed since the incident, I still remember my wife and three daughters every day, even every hour."

Mr Mahdi would remarry and have three more children, but he's unable to forget the loved ones he lost.

"I sometimes sit alone in the park and cry when I remember them, but I try not to show it to my new family."

Despite his own perilous journey at sea from Indonesia in 1999, he said he's now unable to gaze upon the sea due to the pain it conjures up.

When asked whether he holds any grudges over the tragedy, Mr Mahdi said: "No, not against Australia, but I hold a grudge and blame the John Howard government."

The tragedy occurred before the November 2001 federal election, and as the then Liberal-Nationals Coalition government had hardened its stance towards asylum seeker boat arrivals. Furthermore, the incident occurred just weeks after the Tampa affair and the “children overboard” claims.

The SIEV X tragedy was reviewed by a Senate committee inquiry that exposed Operation Relex, an Australian Defence Force border operation that was intended to stop boats in international waters before they reached Australia's territorial waters.

Whistleblower and former Australian ambassador Tony Kevin gave evidence to the Senate inquiry suggesting it sank in international waters, telling SBS News, “It sunk in the Indian Ocean, in the Australian maritime surveillance zone, and in a zone where Australian ships could have very readily and easily gone to the rescue". 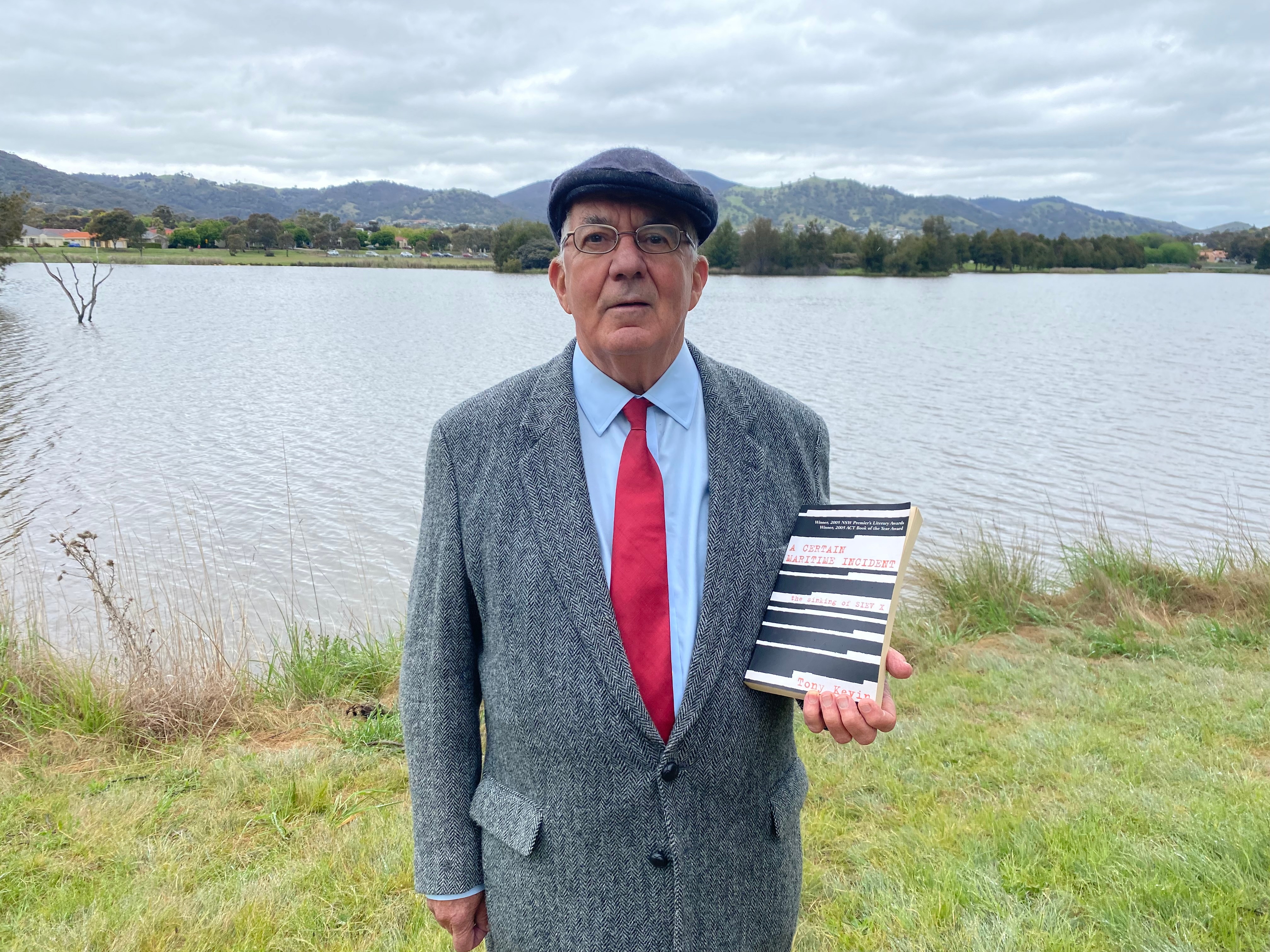 Mr Kevin said what occurred was a "cover-up of the Australian involvement in the people smuggling disruption program in Indonesia", claims rejected by Philip Ruddock, who was the immigration minister at the time.

“When you saw all the evidence [at the inquiry] about it from very senior and very experienced public servants, it’s unreasonable to question the judgements they formed,” Mr Ruddock said.

The Senate inquiry didn't reach a definitive conclusion on the location of the sinking, and its concluding statement in October 2002 said: “It is extraordinary … a major human disaster could occur in the vicinity of … intensive Australian operations and remain undetected until three days after the event without any concern being raised within intelligence and decision-making circles." Mr Mahdi said it's "hard to forgive" those responsible for the boat's capsizing, but he's reminded that "we must never forget Australia's favour".

"[Australia] has given us refuge and a home, given us everything and helped us a lot."

He had a message to those who want to cross the sea by boat to Australia.

“Don’t try it and don’t trust people smugglers because their first concern is to get money.”

Mr Mahdi also appeals to the federal government to increase the country's refugee intake and to ease restrictions on those living in Australia who are seeking to reunite with family members.

"I am happy [at the moment], but I can't forget those I lost - my wife and my daughters - despite all these years."