As the lockdown to stop the spread of coronavirus in India continues, pollution levels across much of the country have dropped sharply. Now some residents in northern India say they can see the snow-capped Himalayas 200 kilometres away for the first time in 30 years.

Mesmerising, amazing, massive, surprising, never-before. There's been no dearth on social media of words to express what people in Jalandhar district of Punjab in India were feeling.

Sant Balbir Singh Seechewal says he has never seen anything like this before.

“We can see the snow-covered mountains clearly from our roofs. And not just that, stars are visible at night. I have never seen anything like this in recent times,” says Mr Seechewal, who has been working to raise awareness of environmental pollution for over 30 years.

Himalaya mountains can be seen from Jalandhar since pollution has reduced in Punjab. Beautiful sight 😍#punjab #COVID19 #pollution pic.twitter.com/iZy7hwxX9R

Images of the snow-clad Dhauladhar range of Himalayas have been shared widely.

Never seen Dhauladar range from my home rooftop in Jalandhar..never could imagine that’s possible..clear indication of the impact the pollution has done by us to Mother Earth 🌍.. this is the view pic.twitter.com/laRzP8QsZ9

“Never seen Dhauladar range from my home rooftop in Jalandhar. Never could imagine that’s possible. A clear indication of the impact the pollution has done by us to mother earth,” Mr Singh posted on Twitter.

India, a country of nearly 1.4 billion people, has been under lockdown due to the COVID-19 pandemic since 22 March.

“Not just normal traffic is off the roads, but most industry is also shut down. This has helped bring the pollution level to unbelievably low levels,” Mr Seechewal said.

India's Central Pollution Board says the nationwide Janta Curfew on March 22, and lockdown since March 22, have resulted in significant improvement in air quality in the country.

According to the India Today Data Intelligence Unit (DIU) from March 16-27, the air quality index improved by 33 per cent on an average in the country.

“Data shows that on average, Indian cities had an AQI of 115 between March 16 and 24. The air quality started showing improvements from the first day of the 21-day lockdown. The average AQI fell to 75 in the first three days of the lockdown,” reads the report.

A picture captured today from sialkot LOC . Kashmir mountains. This kind of clear we are seeing after around more than 30 years pic.twitter.com/67KVRNJTOr

The World Health Organisation says the safe limit for air quality is to keep the particulate matter PM2.5 below 20mg/m3.

India, during most of the year, records five times higher (PM 2.5 higher than 100mg/m3) than the global safe limit.

What nature really is and how we screwed it up.

This is Dhauladhar mountain range of Himachal, visible after 30 yrs, from Jalandhar (Punjab) after pollution drops to its lowest level. This is approx. 200 km away straight. #Lockdown21 #MotherNature #Global healing. pic.twitter.com/cvZqbWd6MR

Official figures suggest the lockdown has so far helped keep the spread of coronavirus under control.

According to the latest figures from India’s health ministry, the total number of COVID-19 cases in the country has passed the 4,000 mark with over 100 people dead so far.

Balbir Singh Seechewal says this should be taken as a wake-up call. 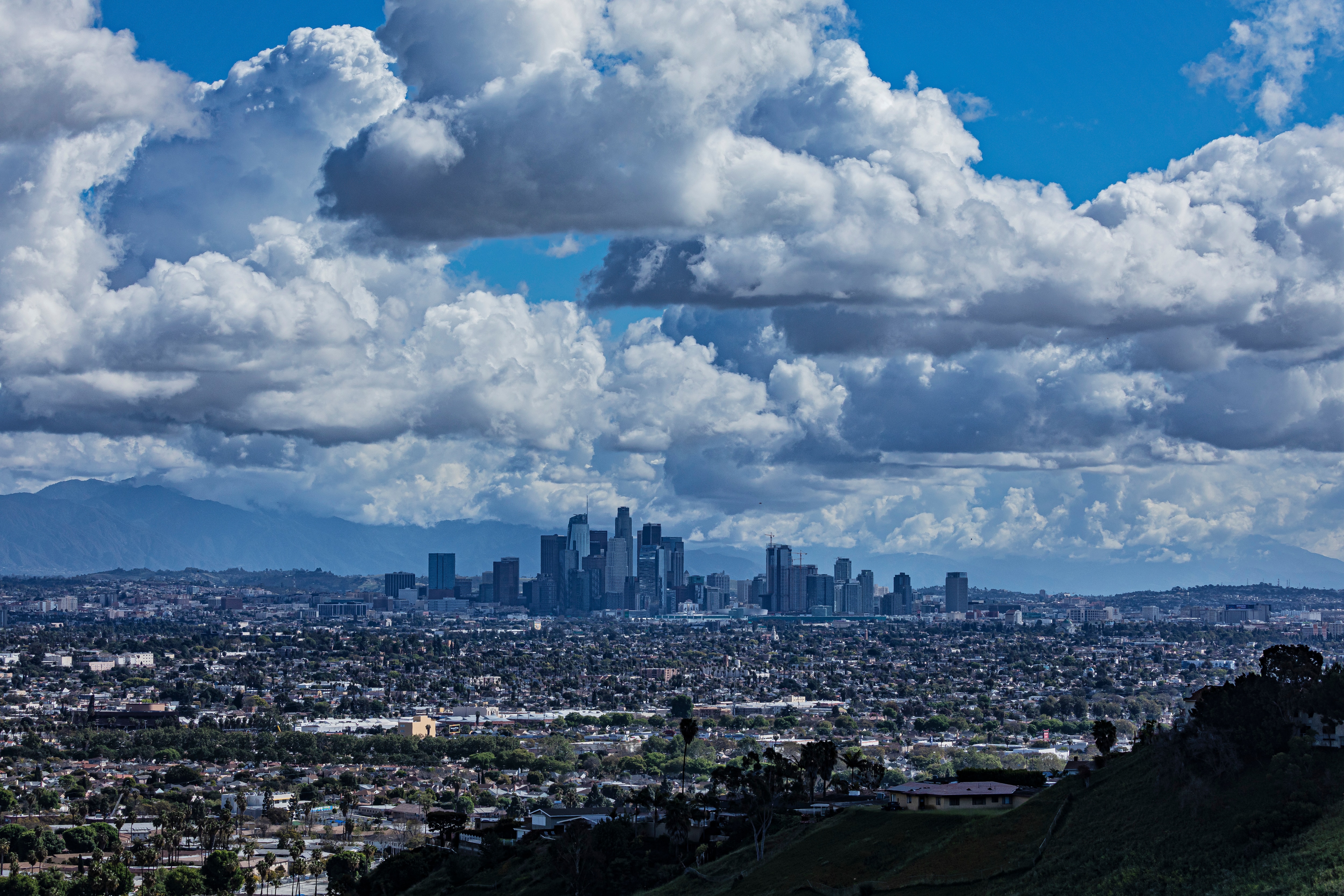 The skies above the city of Los Angeles are cleaner and clearer due to lower automobile use and less local manufacturing in the basin, 23rd March 2020.
AAP

“I had never imagined I would experience such a clean world around me. The unimaginable has happened. It shows nothing is impossible. We must work together to keep it like that,” he said.

The shutdown of businesses and activities related to Covid-19 has also led to a decrease in nitrogen dioxide concentration across the world.

Data from the Copernicus Sentinel-5P satellite of the average nitrogen dioxide concentrations over Italy from March 2020 (R), compared to March 2019.
AAP

The European Union's space agency (ESA) has detected reductions in the pollutant nitrogen dioxide associated with shutdowns due to the coronavirus across the world.

New research is now looking at why the mortality rate was up to 12 per cent in parts of northern part of Italy compared to approximately 4.5 per cent in the rest of the country.

Scientists at Aarhus University say they found a "probable correlation between air pollution and mortality in two of the worst affected regions in northern Italy."

Their research has been published in the scientific journal Environmental Pollution.