Mohammad Awad hated his name not because of its meaning or its descent, but because of the obstacles it forced him to face. He felt isolated and developed mental health issues to a point where he contemplated suicide. Now, he suffers from ”police-anxiety” which he developed after many traumatic experiences with law enforcement officers.

Listen to Mohammad Awad's story by clicking on the audio link attached to the image above.
Or via your favourite podcast platform here

Growing up in Australia, Arab-Muslim Mohammad Awad hated his name. He didn’t subscribe to the cultural values and the identity his family held so dearly, he says now that he regrets that.

He was reluctant to enjoy Arabic music and speak the language in public.

Mohammad wanted to stay away from every notion that would brand him an Arab or a Muslim. He despised his identity.

“When I was thirteen or fourteen years old, I hated everything related to Arabic culture or Islam,” he recalls.

“I didn’t want to speak Arabic with my family in public, I didn’t want to hear Arabic music, and I just wanted to be a Westerner, just like every other white Australian.”

Mohammad’s mother separated from his father and lived in Lebanon and he frequently visited her.

He would often be stopped at the airport for random security checks.

One particular instance stood out. When he was 15, he had a “terrifying” encounter with Australian law enforcement, which triggered a series of mental health issues he is currently dealing with.

While waiting for his flight at the airport, Mohammad was approached by border authorities.

He felt frightened and embarrassed as they took him in for questioning. 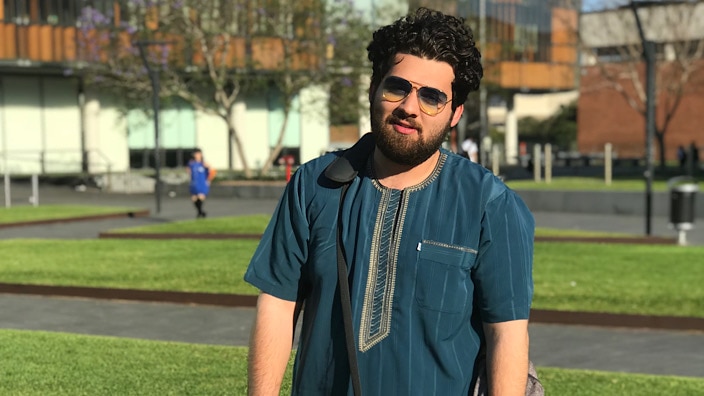 “They accused me of trying to join IS and searched my phone, computer and bags,” he recalls.

“As an Arab and a Muslim, there was this assumption that I wasn’t innocent. I was young and hadn’t committed any crime in my whole life. I tried to justify for hours that I was a ‘moderate Muslim’.

“When the dawn Athan (morning prayers call-out) went off from my phone, “Allah Akbar”, they ran back to me, and asked me ‘What is this?’ I said it is time for me to pray. They questioned ‘to pray?’ I said yes. They replied, ‘We thought you said you were a moderate Muslim’.

After hours of grueling interrogation by airport security, NSW Police and the Australian Federal Police; Mohammad considers this a traumatic experience. He stated he began “internalising” that experience and others like it. He inadvertently started blaming his identity and his name for his troubles. He felt isolated and depressed, to a point that he even contemplated taking his own life.

The solution, he thought, was to change his name and hide his identity.

“I think I used a whole bunch of nicknames to avoid having to be confronted with my name. I went by my last name a lot or used abbreviations like ‘Mo’ or ‘Moey’.”

“It was such a cheap way for me to feel accepted and invalidate my name at the same time. It was more acceptable to non-Muslim or non-Arab Australians and easier to swallow.” 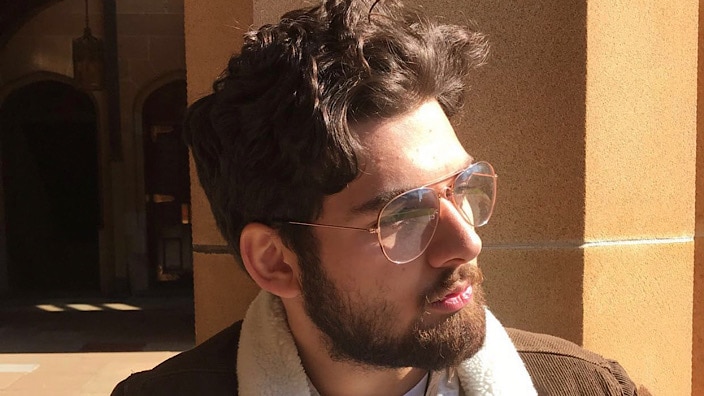 He now regrets his actions.

“I almost never responded to my parents in Arabic in public to be honest. I regret it deeply now and it shows in my broken Arabic and this desperate clinging to whatever I can scramble of my heritage.”

But he had strong reasons for doing what he did. His encounter with the law enforcement caused him to develop “police anxiety”.

He felt alone after being a victim of casual racism.

“It happens in the smallest of ways too. It felt isolating when most places didn’t serve Halal foods and I was excluded from enjoying eating out with friends. It felt weird praying in public. It felt weird being unable to assimilate in the ways that were expected of me.

“I felt like no one wanted me outside my immediate family and home, no wanted me around. I think that's why I became depressed and a large part of it.”

He sunk deeper into depression.

"I felt that I was, myself, a problem. That I will never get to integrate into society and that I have no value as a person. I do not deserve love, nor live in peace, nor have the right to walk down the road without being harassed.”

As luck would have it, a teacher at his school noticed his situation and intervened, urging him to seek help.

"I said I would try, and I went to see a counsellor. This was a big step for me at the state I was at. I was able to express how I feel in a place where I felt safe. “I started writing short stories, songs and poetry. Poetry was the only thing that helped me control my depression. It gave me this sense of release and a way to express myself in a culturally acceptable platform.”

Mohammad said he started developing his writing skills as he hit puberty and it directly correlates with me beginning to look more stereotypically “Arab” and being exposed to more difficult and complex experiences and feelings as an adolescent Arab-Muslim growing up in the West.

He created a formula to understand and connect with his cultural heritage and carried it proudly, even if that meant confronting and dealing with racial quarrels.

After going through a mental health crisis, Mohammad believes that Arab communities lack a lot of support and education about mental health.

“I think I saw that our communities were missing so much support and education in mental health, so many people I know go through so many serious mental health issues and either can’t identify it, refuse to accept it or won’t seek therapy/support for it.

“I wanted to be able to help set up a mental health service in western Sydney one day and hire people from the area, people with a lived experience as people of colour and diverse people, queer people, Muslims etc. to support our community.”

Mohammad believes that children of the diaspora are in a difficult spot. They are trapped between the roots of their motherland and the earth of the lands they immigrate to.

“There came a time where I realised that being a child of Arab diaspora was an identity in it of itself.

"I’m happy thank god. There’s not as much that’s changed in our society than we’d like to think, I probably experiences negative experiences in public at the same rate that I have since I was 15- but I’m more confident in myself than I’ve ever been and that's the difference.

“I’m a Lebanese-Australian Muslim and I love every part of it.”

Mohammad comes from a Lebanese family who came from northern Lebanon.

His parents are both from farmer families in the mountains; they come from beautiful villages where their family’s farm peaches and nectarines. He says that their blood is something still runs through his veins and he embraces that now- more than ever. Mohammad Awad is a Health and Psychology student working in mental health, striving to destigmatise mental health in diverse communities. A writer/artist/musician/poet who’s running out of ways to express himself.

He is a NSW State finalist in 2019s Australian Poetry Slam, taking first place in Western Sydney finals. He has also featured for Word in Hand, White Ribbon events and Project Opinions, in addition to being featured on SBS Radio, Eastside Radio, 2SER and FBI Radio.

He works as the youngest Peer Worker and Mental Health Worker in NSW Health history, conducted lectures at the University of Sydney on the importance of lived-experience in recovery-oriented practice and developed a poetry therapy groups for acute mental health facilities in the state

This is the eighth episode of My Arab Identity podcast, in which young Arab Australians speak about how they navigate a mixed identity. Hear more episodes and read the rest of the stories here.

Listen to Mohammad Awad's story by clicking on the audio link attached to the image above.
Or via your favourite podcast platform here