In her final interview with SBS Italian before her fall and death at 78, Carla Zampatti remained steadfastly optimistic about her fashion business and Australia's response to the pandemic.

Ms Zampatti had attended the opening night of La Traviata last Friday night when she fell on a staircase.

The news of her demise has come as a sad surprise to many in the fashion and Italian Australian communities.

Born in Italy in 1942, Zampatti migrated to Australia in 1950 where she opened her fashion label aged 24, becoming a celebrated fashion designer over the following decades.

On March 2, SBS Italian interviewed Zampatti about the impact of the pandemic on her business.

You can listen to the full interview in English in the audio player at the top of this article.

In her final conversation with SBS Italian she spoke fondly of her relationship with Italy, and explained she was looking forward to visiting as soon as the pandemic would allow it. 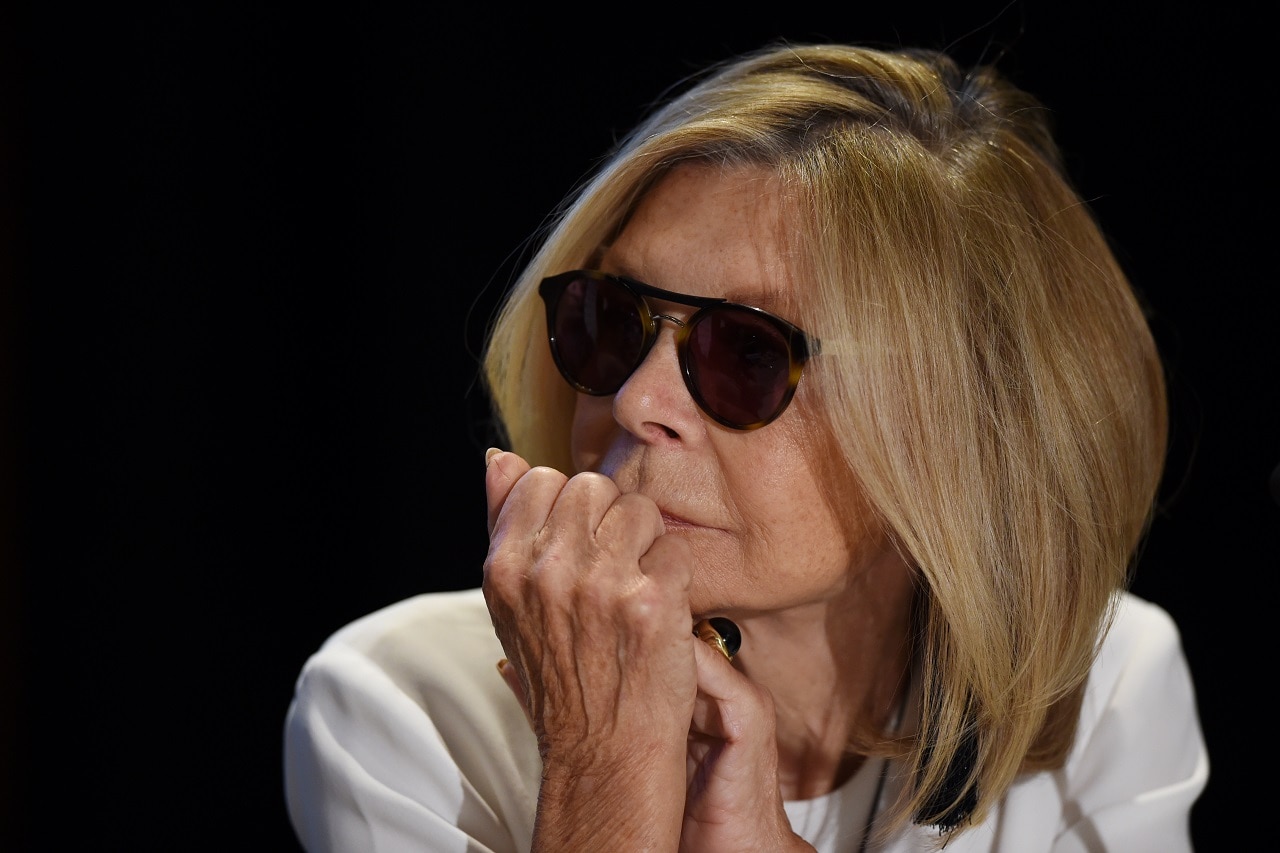 Carla Zampatti in 2016
AAP
Zampatti also said that over more than five decades in the fashion industry, she had witnessed many economic downturns. Despite that, COVID-19's impacts brought a new and entirely unexpected dimension to her business.

The past year was a difficult year for the Australian retail sector due to the sudden and unforeseen government mandated closures which had devastating effects especially during the first wave of the pandemic. 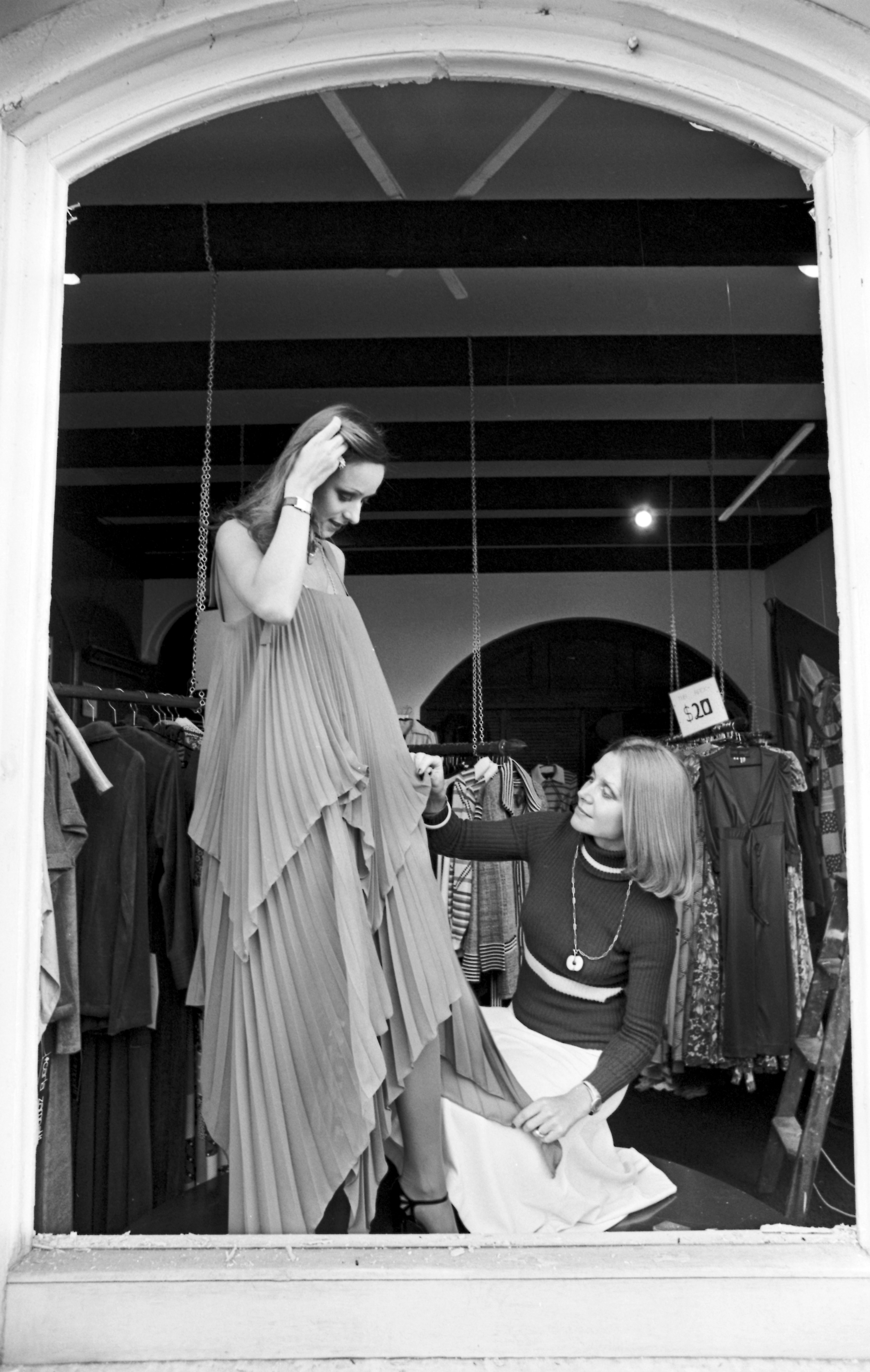 "We closed all of our stores Australia-wide for a whole month between March and April and that was tough," said Ms Zampatti. "That made us focus on the online side of our business.

"We made sure to stay in touch with our clients to understand their needs and this was a wake up call for us. The IT factor is going to be a very important part of our business in the years to come." 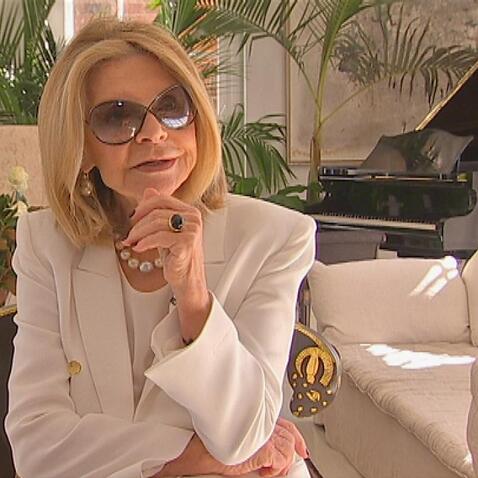 Despite these trying economic times, Ms Zampatti explained that her business had come out better and stronger: "In the last three months that we have been open, our business has grown 35 per cent and the online factor has certainly played a big role in this growth." According to Ms Zampatti though, there is another factor that really helped her guide her business through this trying time: creativity.

"Creativity during difficult times comes forth," she said.

"I feel that I have always learnt more from difficult times than from boom times and that is because, as designers, we are pushed to try harder."

Carla Zampatti also explained that after a year of pandemic the types of designs that her clients are looking for have changed. An example from the 2021 Autumn-Winter collection
Courtesy of Carla Zampatti
"We thought that everyone would want to get into casual wear, but instead our clients are looking for beautiful evening, special events wear and weddings in particular."
Asked if she liked the new ways of remote working that the pandemic forced societies to adopt, she had no hesitation.
"I personally find it annoying," she said, "especially in team work, meeting in person really makes a big difference."
Even though the pandemic has certainly been a challenging time, Ms Zampatti thought that the willingness of Australians to cooperate and trust in government directives have allowed us to be in the very strong position we currently find ourselves in, especially if compared to the rest of the world. 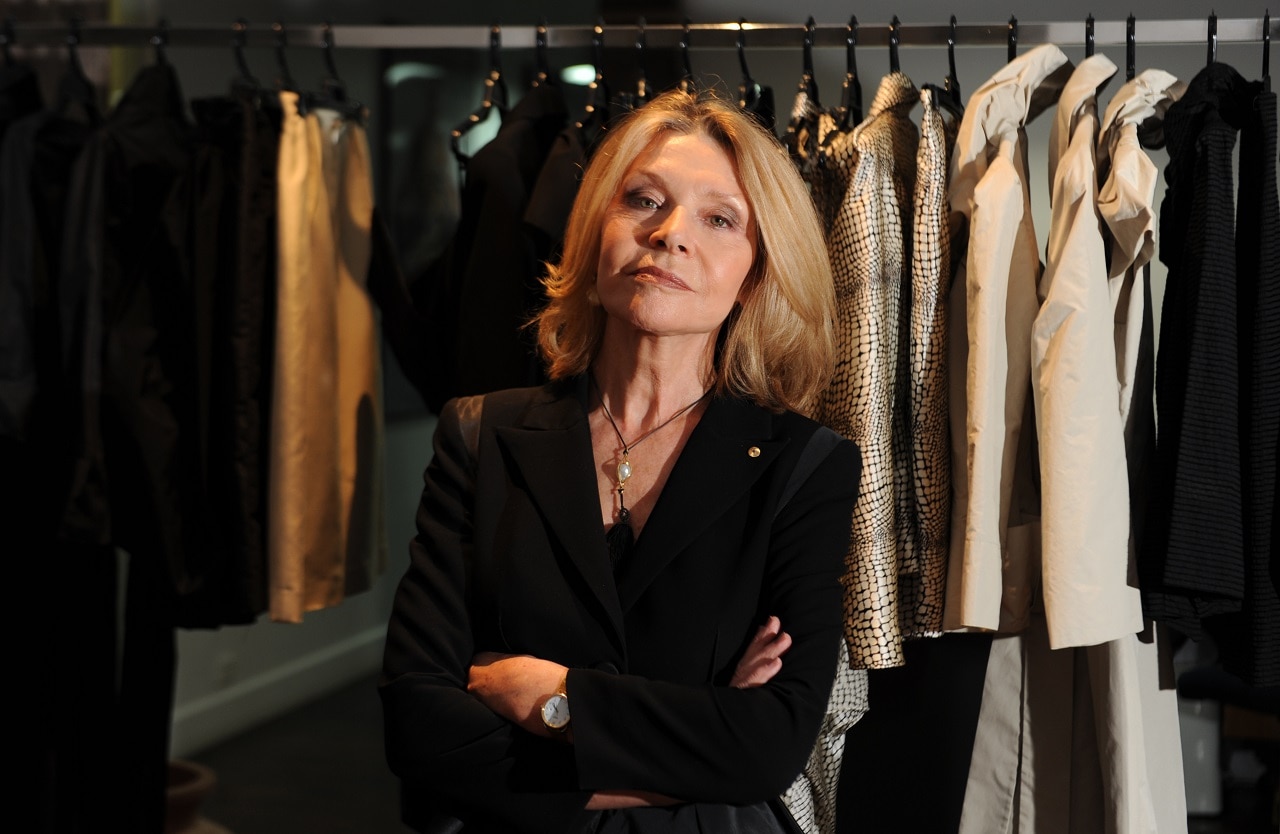 "We live in a marvellous country and we should really be proud of what we have achieved," she said, "if there is something that I hope we will take away from this pandemic is this spirit of cooperation." 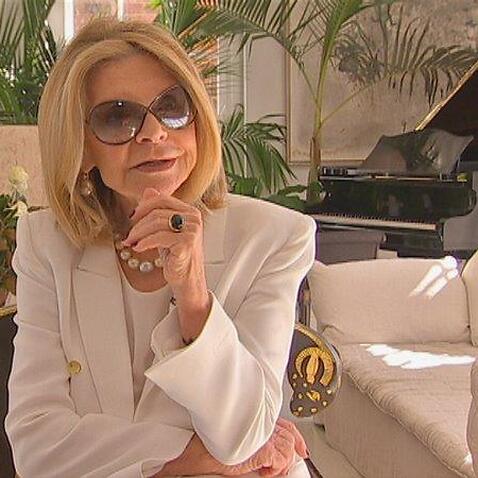 Who are we? And where do we come from? - Carla Zampatti

Ms Zampatti also reflected on what role her Italian heritage played in her designs.

"I am still totally influenced by my Italian upbringing," she said, "I still clearly remember the colours in my church, in frescos and in paintings."

"Most of all though, I am still influenced from the value of aesthetics that Italians have, how much they value looking good and by the concept of 'la bella figura'."

The world will never be the same without Carla Zampatti. Talented, generous and inspiring. A true trailblazer in every respect. Rest In Peace.

Carla Zampatti was the mother of three children, Alexander Schuman, Bianca Spender and Allegra Spender, and was the "proud Nonna" of nine grandchildren.

Ms Zampatti was also the chairperson of SBS for 10 years and was appointed a Companion (AC) of the Order of Australia in 2009's Queen's honours list.

In a statement from the Australian Multicultural Foundation, the Executive Director Dr Hass Dellal, also former SBS Chair, wrote: "Carla was an inspiring board member of the Australian Multicultural Foundation for over 12 years (...) Carla's advocacy, commitment and encouragement to young people from all cultural backgrounds to reach their goals in life was inspirational."