‘Nurture our culture for the future generation’: Filipinos on preserving culture in Australia

Filipinos in Victoria continue to preserve the Filipino culture not only to maintain identity but to teach the new generation about the culture.

Filipinos have a remarkable contribution to Australia

During the Australia Day Festival, MP Katie Hall emphasised the enormous contribution of the Filipino community in Australia.

Meanwhile, present at the event is also consul general Maria Lourdes Salcedo who shared that she is pleased to see how Filipino-Australians have kept the Filipino values alive especially during times of crises like the pandemic and bushfire.

“We still practice bayanihan. I urge everyone to continue the good work and we are also grateful for the help of many Filipinos to those who were affected by the pandemic and the recent bushfire in Northern Victoria.”

Filipinos shine in their barong Tagalog and Filipiniana gown

Wearing the Filipiniana and barong Tagalog is symbolic in the preservation of the national values and cultural heritage.

One lady shares her Maria Clara-inspired gown was passed on by her grandmother to her.

“The story behind this gown is that my mother bought this for my grandma and it was handed over to me.”

Another lady shares her Filipiniana gown symbolises the golden harvest of Nueva Ecija.

“This Filipiniana gown is made from Nueva Ecija and the [golden beads] on it represents the rice granary of the Philippines.”

Preserving the Filipino culture is vital

For 22-year-old international student Angel Bardos, most Australian-born Filipinos have no idea of their roots therefore it is vital to nurture the Filipino culture because it maintains identity.

"Its important to nurture our culture so we can pass it on to the next generation."

She emphasises that it is especially vital to preserve the cultural traditions for the future generation.

Rowena De Guzman who migrated to Australia in 1991 believes that cultural preservation is a way for the world to know that Filipinos have wonderful values to impart.

"We want everyone to know that we have great values."

She adds she is blessed to embrace the beauty of two cultures- Filipino and Australian.

For veterinarian and community leader, Marlon De Leon who came to Australia under the skilled migration scheme in 2008, his love for the community pushes him to be more involved and serve.

"I have been involved in the community a couple of years ago. It's a big commitment but we are still continuing it."

He believes that Filipinos although far away from their homeland have integrated very well to the Australian society at the same time still gripping firmly to their roots.

"Australia is a multicultural nation but we should not forget our own culture. What I love about Filipinos is, we have integrated to the Australian society but we have not forgotten who we are." 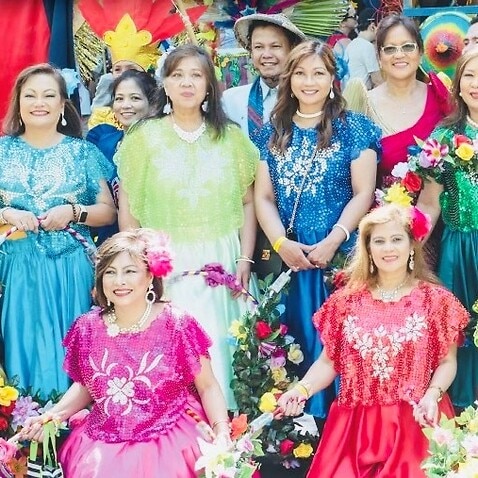