'Seeing my scars is a bigger punishment for him than any jail term,' says acid attack survivor

Meet Neetu Mahor, an acid attack survivor who today lives with the man responsible for her blindness: her father. Visiting Australia for a series of talks to mark the release of a new documentary, she hopes her story can drive conversation about gender-based violence.

Neetu was three years old and sleeping with her mother and younger sister in her grandmother's house in the northern Indian city of Agra.

What should have been a peaceful night's sleep was interrupted by an act of unimaginable cruelty when, after drinking, her father Inderjeet entered the room at 1am and poured acid on all three of them.

The vitriolic attack left Neetu scarred with third-degree burns and blind in both eyes.

Her mother Geeta's face was also disfigured, with vision destroyed in one eye. Her younger sister Krishna succumbed to the burns and died a few days later.

Prior to the incident, Inderjeet constantly fought with Geeta for not bearing him a son. According to Neetu, her father felt that his three daughters were “an unaffordable economic burden”.

Today, Geeta and Neetu again live under the same roof as the perpetrator.

“My father’s family and my grandmother put a lot of pressure on my mother to reconcile with my father,” said Neetu.

“She was also worried about survival as a single mother and concerned about the safety of her daughters from ill-intentioned neighbours. She chose to live with him because that seemed like the best option for her at that time,” explained Neetu.

Inderjeet wrote to Geeta, from jail, to ask for forgiveness and she withdrew the charges. After moving back in with her husband Geeta gave birth to another daughter. 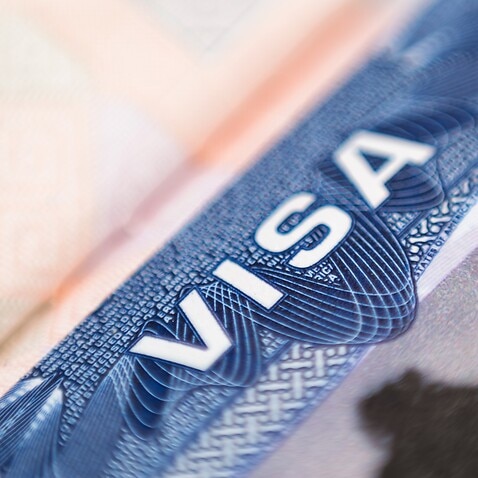 Skilled workers queuing up to apply for Queensland's migration program

On her part, Neetu said she does not have much memory of the incident but has forgiven her father for his heinous crime.

“I am conflicted between being a survivor and a daughter,” said Neetu, at a virtual event held in Australia, where she shared her story.

In an interview with SBS Hindi, she offered further explanation.

"As a survivor, I feel my father should be punished and go to jail for a long time, however as a daughter, I need both my parents.

When he looks at the scars that he has inflicted on us, it turns out to be a bigger punishment than any jail term.

Neetu remains positive and feels indebted to her mother, who she calls ‘her superhero’ for her constant support.

After the attack, Geeta had to pick up the pieces of her life and look after Neetu and her elder sister Rekha, who escaped injury as she did not accompany her mother to her grandmother’s house.

"It was a very tough time for us and there were many occasions when my mother wanted to commit suicide but then she would look at us and realise that we needed her to look after us," shared Neetu.

Later on, they came across the Chhanv Foundation, a non-profit organisation in India working for the rehabilitation of acid attack survivors.

In 2014, with the help of Chhanv Foundation and their Stop Acid Attacks campaign, Geeta, Neetu, and three other acid attack survivors Rupa, Ritu and Chanchal set up a café called Sheroes' Hangout. A group of acid attack survivors, including Neetu, are baring their scarred faces to empower other abused women at Sheroes' Hangout in Agra, India.
Arkaprava Ghosh / Barcroft India / Barcroft Media via Getty Images

The much-loved cafe in Agra attracts thousands of tourists from all around the world every year. Sheroes' Hangout soon became a source of income, respect and empathy for the survivors.

According to statistics from the National Crime Records Bureau (NCRB), there were 240 acid attacks reported in India in 2019, but these figures do not reflect the full scope of the attacks because many incidents are never reported.

Despite a ruling in 2013 by the Supreme Court of India recommending tighter legislation and a ban on the sale of some acids, the attacks have not ceased.

The Stop Acid Attacks campaign is aimed at creating awareness of acid attacks, calling for more stringent laws to punish the perpetrators and establishing new standards for restricting the sale of acids. They also demanded that the redressal mechanism be effective.

Neetu said she felt a surge of purpose when she met other survivors and took part in the campaign, giving her the resilience to ignore the stigmatisation of the community.

These days her spirits are high. A smile lights up her face as she speaks of her dream of a future career in singing.

“I cannot change the past, but I can move forward positively, and build a better future,” said Neetu.

In 2015, Geeta and Neetu met Emma Macey Storch, a director and producer, from Melbourne.

Emma, along with co-producers Nayana Bhandari and Dipanjali Rao, made a movie on Geeta’s journey and her quest to ensure a better life for her three daughters.

Among its accolades, the documentary recently won cinematographer Rudi Siira the 2021 gold award from the Australian Cinematographers Society.

It has been nearly three decades since the day that changed her life forever, and Neetu is currently in Australia to share her story.

She will be participating in Australia-wide screenings of Geeta and speaking at post-screening workshops.

"If my story inspires even one person, then it’s a positive step towards changing the narrative about the status of women in our society," said Neetu.

Neetu is keen to engage young adults in conversations about violence driven by gender bias to build awareness and find solutions.

I am here to prove every girl's life matters. Every girl has the power to create her own destiny.

This 25 November marks International Day for the Elimination of Violence against Women, which also signals the start of 16 days of activism against gender-based violence. The global theme for this year's campaign is 'Orange the World', where the colour orange serves as a means to demonstrate solidarity in eliminating all forms of violence.

Survivors like Neetu are at the heart of this change 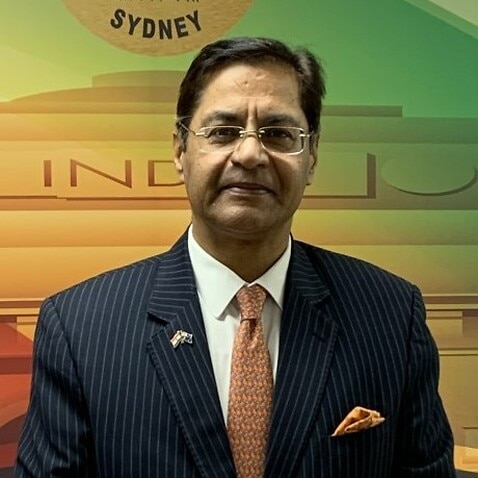