The family of a Sikh police officer claims that he has been subjected to injustice, inequality, and racism within the NSW Police department. They are now seeking support through an online petition to amend the current NSW Police uniform policy to be more inclusive for members from diverse backgrounds.

The daughter of a Sikh NSW police officer claims that her father is suffering from Post-Traumatic Stress Disorder (PTSD) and major depression due to alleged bullying and harassment at work. These claims are also currently being investigated by an independent authority.

Thirty-eight-year-old Jasbir Singh who moved to Australia in 2005 from India, had joined NSW Police in 2009.

Mr Singh, who is now a Senior Constable, started his first assignment in Sydney and was later transferred to a regional area in New South Wales, where he has been posted since 2013. SBS Punjabi understands that while working at police stations between 2013 and 2019, Mr Singh made numerous complaints of what he described as being subjected to bullying and racist behaviour by fellow police officers.

In 2016, when Mr Singh became a ‘baptized’ Sikh he was given permission to seek exemption for keeping an uncut beard at work.

In May 2017, he also made a request to amend the current NSW uniform policy that would allow people of faith to keep their beards unshorn.

The local Sikh temple sent a letter of support saying, “To our knowledge there has been no Occupational Health and Safety issues with Sikhs with long beards in other Police departments in other states of Australia, nor in any other occupations.” A screenshot of Sikh Temple’s letter to the local police command in 2016.
Supplied by Ebony Singh

Mr Singh’s daughter Ebony alleges that during this time her father claimed that he was often called ‘rat, hippy, brown sugar, terrorist, Muhammed’ by various colleagues just because of his appearance and cultural background.

It is so shocking… My dad told me his colleagues threatened to hold him down and cut his beard, called him names and bullied him for over five years.

“We are Australians. Sikhs believe in honest living, meditation and sharing our honest earnings with others. We believe in equality, justice and protection for all. Sikhs don’t cut their hair and beard.”

NSW police response in this matter

To seek clarity on the issue, SBS Punjabi contacted NSW Police regarding its current uniform policy.

We specifically asked if police have investigated Mr Singh’s claims and if it is acceptable for a baptized Sikh to wear articles of faith (especially the uncut beard) while on duty.

While NSWPF did not provide any specific comments regarding Mr Singh’s case, it sent the following response:

“The NSW Police Force Commissioner has zero tolerance for discrimination of any kind and expects the same at all levels of the organisation, both in its interaction with the community or within its own ranks.”

The NSW Police Force places great importance on workplace equality and has a range of policies and procedures to ensure it provides an inclusive and supportive environment for all employees.

“The NSW Police Force operates under a Respectful Workplace Behaviours Framework and Management Model, which reinforces the Commissioner's message that sexual harassment and other forms of inappropriate workplace behaviour will not be tolerated.” A screenshot of the online petition.
Supplied by Ebony Singh

Ebony Singh says her father is ‘not well’ enough to talk about this matter and is currently undergoing treatment. She has also started an online petition to address the alleged ‘cause’.

The petition ‘change NSW Police's policy to be more inclusive of diverse Aussies’ has so far attracted over 2,700 signatures (as of 30 November).

My dad is NSW’s first and only baptized Sikh police officer who has faithfully served the force for ten years. But he has been a victim of injustice, inequality and racism

Miss Singh, who aims to present this petition to the Premier and the Police Minister of NSW, says she is heartbroken that her dad had to live through these conditions.

She recalls her father telling her that his colleagues would call him ‘towel head’, make fun of his accent, and would refer terrorists as his brothers. Miss Singh also made a heartfelt plea to the NSW premier Gladys Berejiklian to hold a high-level independent inquiry.

“For the sake of justice, for the sake of our family and every Sikh who has proudly served this nation, I request the Premier to please intervene in this matter,” she pleads.

“We need more accountability in the system. We miss going out and enjoying holidays with our dad. We want our dad to get better and be like he was before.”

Miss Singh said that her father is going through the ‘worst challenge’ of his life.

My dad wants to go back to work. He misses it. Our entire family is deeply affected by what happened to him. This is not the Australia we were born in.

“Please help and hold these people accountable for what they have done to our dad. We are very scared. We request the Premier and the Police Minister to ensure our family’s safety,” she says.

The Singh family has provided SBS Punjabi several documents including assessments made by medical experts, which provide detail about his medical condition and other claims.

SBS Punjabi has also contacted the Law Enforcement Conduct Commission about these claims, which has confirmed that it “has received a complaint about this matter and it is presently being investigated.”

Click here or on the player at the top of the page to listen to the full audio report. 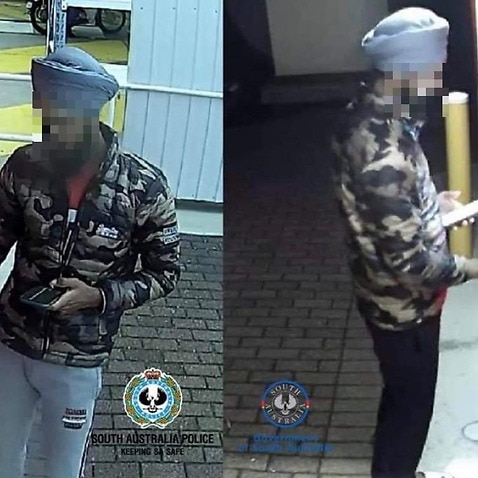