Miran Hosny is proud of her Egyptian heritage. But you won't know she has Egyptian heritage if you hear her Arabic dialect, simply because she cannot associate herself with belonging to Egypt only. She was born and lived all her life in Australia, in a neighbourhood full of migrants who come from different countries and cultures that influenced her composition and understanding of her Arab identity. Although she speaks Arabic, she is frequently criticised for not speaking the Egyptian dialect.

Listen to Miran Hosny's story by clicking on the audio link attached to the image above.
Or via your favourite podcast platform here

“I am not as Egyptian as Egyptians expect. I am not as Australian as the pop-culture definitions of an Aussie would deem. And there is no part of my cultural upbringing to which any Arab from an Arab country would completely relate.”

Miran Hosny is a lawyer and writer based in Sydney, one of Australia’s most multicultural cities. She was born in Melbourne and lived most of her life in neighbourhoods that brought migrants together from several Arab cultures, which influenced her dialect, composition, and concept of her Arab identity.

Her family hails from Alexandria in northern Egypt, and for her, the multicultural side of Sydney reminds her of a famous era during the Egyptian city’s past.

"Alexandria is known for its cultural diversity. Many Greeks, Europeans and Arabs from different countries lived in it, so I consider it to be of a diverse and mixed culture similar to the one I live in Australia."

However, living in culturally diverse cities will definitely affect the way you speak. When she speaks with non-Egyptians, her accent changes spontaneously, to blend into the accent they speak. 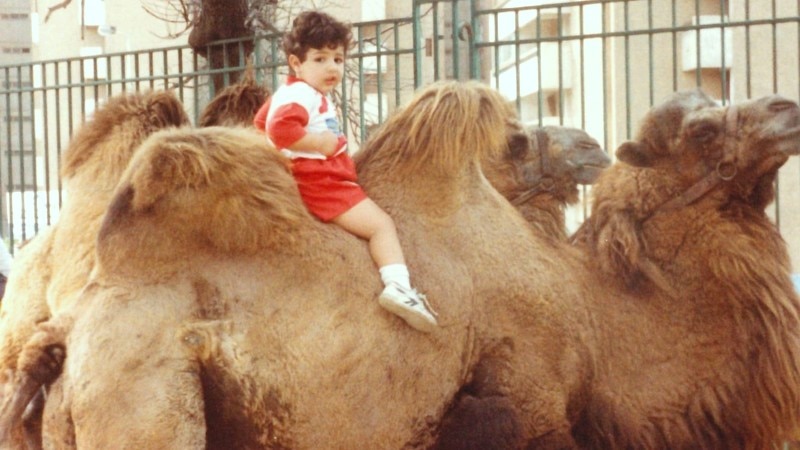 She remembers being interviewed in the past by SBS Arabic Radio in Arabic about an Arab-Australian publication. After the interview went live, she received a telephone call from her Lebanese auntie, who is married to her Egyptian uncle.

“You sounded more Lebanese than anything in that interview,” her aunt said.

Why did you do that? You should be proud of your Egyptian heritage!

“Her sentiment was – and continues to be – shared by many, no matter the number of times I stress that my Arabic is rarely a conscious, thought-out choice.”

Miran believes that as an Arab-Australian, it is natural for her identity to be coloured by different Arab cultures.

“My parents had a rule that English was to be spoken at school, but at home, my siblings and I were to speak Arabic only. They brought Arabic language books from Egypt and studied the reading and writing of it at home with us daily after our standard school homework.

“I can honestly say that if my parents didn't invest so much time and work into teaching me the language and being strict about me speaking it at home, I'd probably barely speak it at all.”

“Learning manifests in different people in different ways. For me, this meant that I learned to mimic the accents of various dialects and to know the differing word usages.

“Much to the horror of most Egyptians I come across, this has also meant that my Arabic is a bizarre mix of words borrowed from different dialects and an accent that could at best be described as ‘globally Arabic’ when I am not deliberately putting effort into filtering one sole accent through.”

Miran feels that her experience resembles many of the experiences of young Arab-Australians from the second and third generations who grew up living in the "mixed identity crisis".

She had to understand and live with the ramifications of being an Australian, Muslim and Egyptian girl of colour, speaking Arabic with an unusual accent and living in a country where she says “institutional racism” exists. In mainstream society, “I - like many other women of minority backgrounds - had to push past the usual barriers of being a non-white, hijab-wearing, Arab woman, and unfortunately, I don't think that is a struggle any of us are going to overcome any time soon.

“I recently spoke to a predominantly white/Anglo Australian audience as part of a panel at a writers festival in issues like race and the challenges of being Arab Australian women writers were discussed at length, and the main response to that was audience members approaching me and my co-panellists after the event to comment and congratulate us with obvious the surprise about how "eloquent" we were and how well-spoken our English was.”

For Miran, it does not matter which culture the youth belong to, whether they are Egyptian, Algerian, Palestinian or Lebanese. They all face similar challenges in forming our identity as Arabs born in Australia and not in the Middle East.

Second-generation Arab Australians speak out about their mixed identity

Miran's experience may not be familiar to some older generations of Arab Australians, because their identity was formed in their home countries before migration. When they decided to migrate, they embraced the English language, Australia's laws and regulations to integrate into the wider society.

Also, it may not be accepted by some of the Arabs who recently migrated to Australia, who are trying to influence their children’s identity with language, dialect, history, customs, and traditions. Some do it because they fear to lose the sense of belonging to the motherland, especially after they made the big decision to migrate to Australia.

Miran assumed that when older Egyptians or newly immigrated Egyptians hear her speak her mixed words and expressions, “it's an unavoidable reminder to them that as much as they try to bring their home, culture and ‘Watan’ [home country] with them to Australia and try to preserve it around them in their children and surroundings, it's never going to be as authentic as "home".

I imagine that can be a scary reality to grapple with, because for them, it means having to face the fact that they and their children are going to be very different versions of what it means to be ‘Egyptian’.

For some older generation Arab Australians and some newly immigrated Arabs, that is an experience they can't connect to and don't fully grasp.

“They still very much hold this concept that as long as you work harder than white Australians, speak better English than white Australians outside of the home and are spoken to in your native Arabic dialect at home by your parents, you have no excuse but to be a perfectly functional bilingual model Arab Australian citizen.

“To me, that's an extremely naive take on things, but the point is that this attitude filters through into basic things like criticising broken or mixed Arabic spoken by Arab Australian generations who grew up in this country and it undermines our lived experience and our individual pursuits to reconcile our identities in as functional and healthy a way as possible.”

Aside from criticising her Egyptian accent, she was facing strange reactions in which some people were trying to guess the Arab country from which Miran was descended.

”Most of the time, the person I'm talking to will be playing a 'Guess her origin' game, trying to figure out from my accent where in the Arab world it comes from.

"I'm always most amused when that guessing game comes from newly immigrated Egyptians in Australia despite my making a point of speaking in Egyptian dialect to them. They usually assume that I'm attempting the dialect for their benefit, so they'll say things like "Aw, how lovely of you to try to speak like us, but where are you really from?". Always an entertaining (and slightly awkward) exchange.” As tiresome as it can be for Miran to have to constantly field criticism about the way she speaks Arabic, she can understand where it stems from.

“If the language, in general, is as intrinsically tied into our identity as is largely and universally agreed upon, imagine how important dialects can be when there are over twenty-two different ways to speak Arabic?

“Our dialects carry our culture, the history of how our different Arab societies came to be - even something as simple as the way we joke, from Arab country to Arab country, is encompassed in our dialects.”

Miran says she belongs to the broad category of "Australian-Arab-others" because, according to her experience, this is the only group she feels is able to embrace her cultural personality, full of words borrowed from different dialects and Arabic-English hybrids.

For Miran, there is no single definition of Australian-Arab identity, because there are diverse cultures, subcultures, ethnicities, dialects and religions inherent in “Arabness”.

“It would have to mean there as many multiple variations of Arab-Australian-ness. I see that as a point of strength, though. There is so much richness to share and connect with, and it genuinely thrills me every time I hear a new Arab Australian story that fits into the greater quilt we're all stitching one by one with our histories and experiences in Australia. 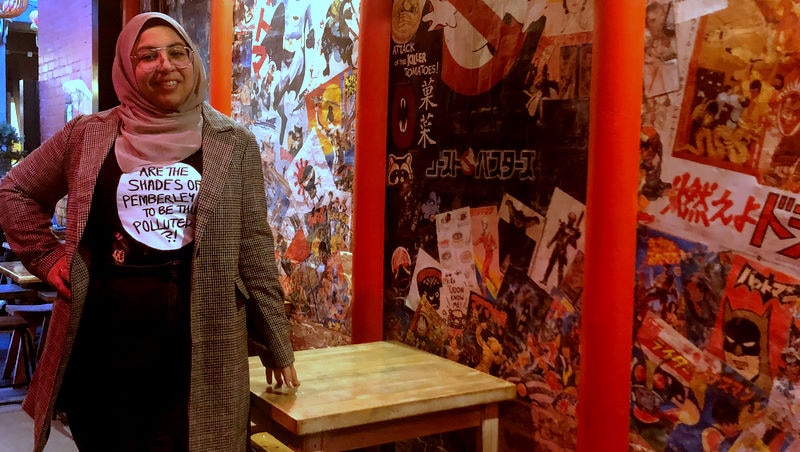 “I don't think my upbringing or my identity can accurately be called ‘Egyptian’, so as generic as it is, I identify more with the broad, non-specific ‘Arab Australian-other’ category because I feel like that's the only box that has capacity for my personal brand of culture, which is full of borrowed words from various dialects, hybrid Arab-English words [Writing Arabic words using English letters and numbers] like ‘e8seling the maw3een’ [Washing the dishes], ‘nasharing the 8aseel’ [hanging the laundry on cloths line], ‘esma3ing what needs hearing’ [Listening to what needs hearing], and packed with Egyptian molokheya [Famous dish in Egypt], Lebanese halawet rezz [rice pudding], rosewater everything, Algerian almond meal desserts, Palestinian msakhan[Famous Palestinian dish].”

She indulges herself in Western Sydney Arab Australian storytelling and theatre, the incredible academic contributions of Arab Australian intellectuals like Anne Monsour, Ghassan Hage, and Randa Abdel Fattah and past greats like Edward Said who set foundations for the exploration of duality in identity.

“I have a great deal of affection for the unique flavour of Arabness we've created in our society here; it's an identity and a culture-specific to Arabs in Australia, and that's something to cherish. I'm hopeful that, with time, more people in our community will find affinity in Arab Australian culture and help expand it with each experience or adaptation or the hybridisation of their own.”

This is the sixth episode of My Arab Identity podcast, in which young Arab Australians speak about how they navigate a mixed identity. Hear more episodes and read the rest of the stories here.

Listen and read more episodes from My Arab Identity podcast: 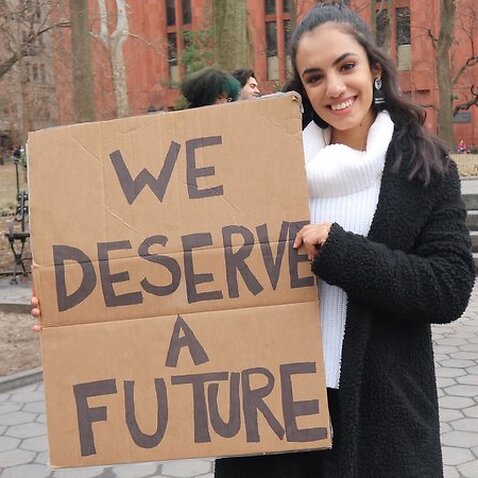 Listen to Miran Hosny's story by clicking on the audio link attached to the image above.
Or via your favourite podcast platform here