Why Baybayin and Indigenous languages are still relevant to young Filipinos

The old is typically replaced by the new; but, a revitalisation of Indigenous languages and ancient scripts amongst the young reveals that the past says more about Filipinos than what was written.

"When I was a kid, I had this weird way of being nationalistic. I would look at the newspaper and check on the exchange rate. I was rooting for our Philippine peso," Manila-based artist Taipan Lucero laughs.

From rooting for the Philippine peso, 31-year old Taipan's love for the country has now evolved to an artistic endeavour to revitalise a long-forgotten ancient script, the Baybayin.

"The Baybayin is an ancient writing system used by the Tagalogs. We had several - like the Badlit of the Cebuanos, the Surat Mangyan," Taipan shares, adding, "The Baybayin is not an alphabet. It's an alphasyllabary, meaning the letters are consonants accompanied by a vowel." There is a resurgence of interest in Baybayin among young Filipinos.
Taipan Lucero

The accompanying vowel is an 'a' (pronounced as 'ah'), which changes when a kudlit or a dot is introduced either above or below the character. A vowel-killer is used to remove vowels.

"The rules are very easy. You spell a word how you pronounce it," Taipan says, adding, "The way we speak our alphabet now - ah, ba, ka, da - I believe that's based on Baybayin."

While Baybayin has become the focus of Taipan's art, his first brush with calligraphy was with Shodo in Japan. "While working as a designer in Japan, I was required to learn Shodo or Japanese calligraphy. While I was practising Shodo, I experienced firsthand how the Japanese love and appreciate their culture. Every step of the way - from preparing the ink to how you handle the brush, how you sit down, how you breathe - everything is considered an art form," Taipan says.

"I was inspired by that. If the Japanese can give that amount of appreciation to theirs, why can't we to our own?"

For the sake of our own, Taipan went back to the Philippines to study and turn Baybayin into art, and art into advocacy. "These works start a conversation about Baybayin which may lead to a heightened sense of pride about our culture."
Taipan Lucero

"My advocacy, CalligraFilipino, is a portmanteau of calligraphy and Filipino. I get inspiration from ancestral art as well - like the lingling of the Ifugao or fertility charms and, the okir of the Maranao which are curvilinear vine-like, leaf-like forms. I try to combine these elements with the Baybayin. I developed my own art philosophies as well, like kapwa (association of letters), katuwiran (straightness of the line) and kasiguraduhan (sureness of the stroke)."

Along with the sureness of his strokes are his certainties of what Baybayin says about the ones who utilised the ancient script.

"Victors write history and what's sad about it is, through their eyes, we were savages and uncivilised. Through Baybayin, we know that our ancestors were literate. They knew how to read and write. Almost all of them did - didn't matter if they were male or female, adult or child. Everyone was equal. I think it's important to understand that we weren't 'saved' by the invaders." This understanding has led Taipan to further promote awareness of Baybayin to others, especially young Filipinos interested in learning it.

"Through what I do, I am able to create a teaching moment that spreads, especially through social media. It may spark some kind of interest and start a conversation about Baybayin. This leads to a heightened sense of pride in our culture," he shares.

"If we are not anchored on how rich our culture was even before, we can easily abandon it for another." "If we are not anchored on how rich our culture was even before, we can easily abandon it for another."
Taipan Lucero

Saving what is almost lost

One who is also truly anchored in how rich the languages in the Philippines are is linguist and Australian National Univesity PhD student Kristina Gallego.

"We had our own sophisticated technology. If you look at the evidence of language, you can see how intricate this knowledge is - seafaring, agriculture, Baybayin and others. Not all ethnolinguistic groups have writing systems, but it doesn't mean they weren't educated on the ways of the world. I think we're going back to realising how important these indigenous knowledge systems are." Kristina shares that these indigenous knowledge systems prove to still be relevant to who Filipinos are today.

"We have 175 living languages in the Philippines. Studying the history of these gives us a good understanding of what happened in the past," she shares, adding, "One of the interesting things would be about how we view relationships, how deeply rooted it is in our culture. For example, we see extended kin as practically our parents so there would be some languages wherein the term for mother, father, uncle and auntie would be the same." 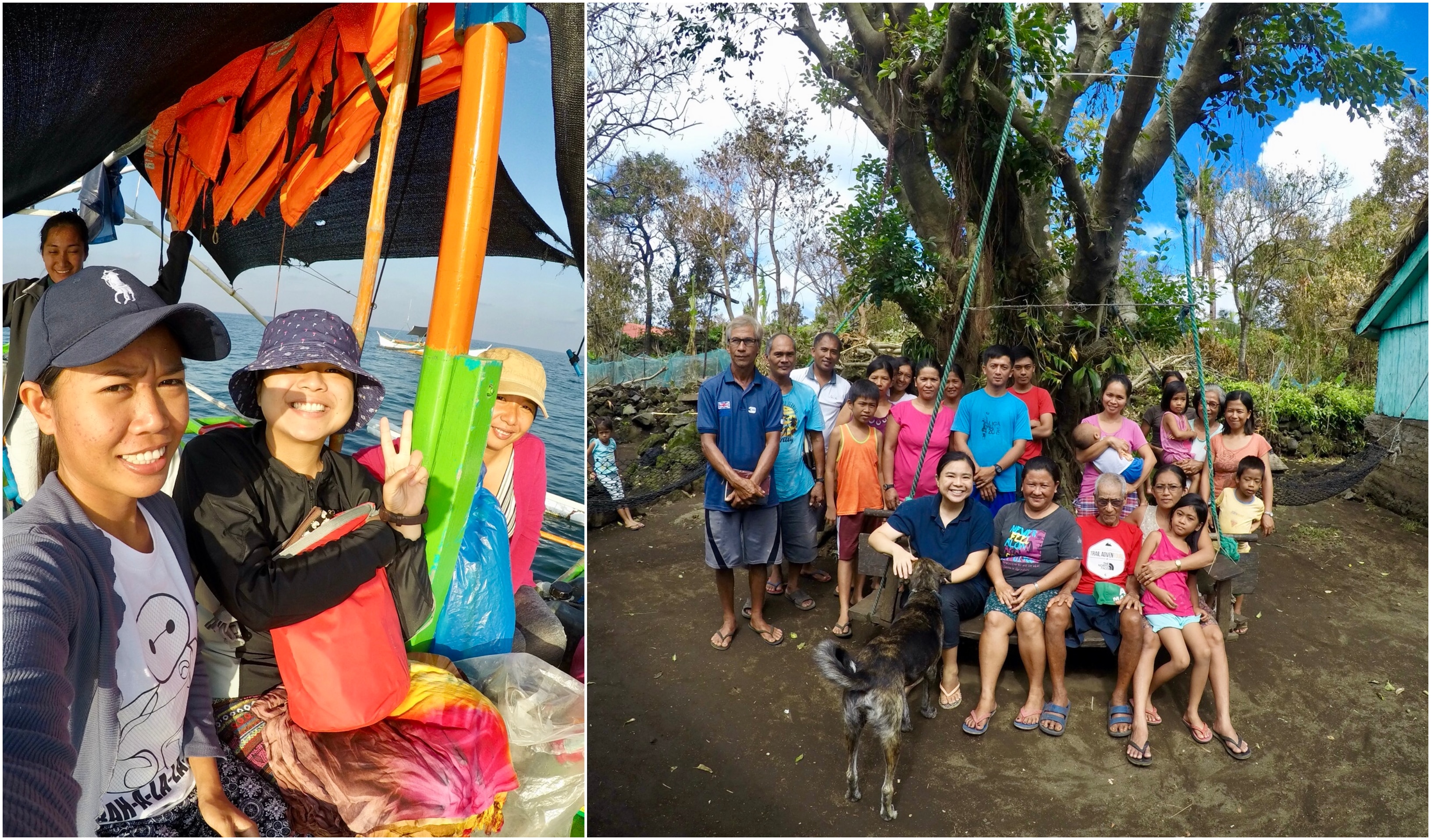 Kristina explores the contact situation between Ibatan and Ilokano on the island of Babuyan Claro, Cagayan, Philippines.
Kristina Gallego

Kristina shares that while many Filipinos still choose to speak bigger languages, such as Tagalog, Cebuano and English, "The worrying issue is we are losing indigenous languages by the minute. We have scripts, like the Mangyan script, that are endangered. We need to be aware of this and look for ways to revitalise them."

For Kristina, in as much as indigenous languages should be spoken, what is important is to realise that they are "beyond tools for communication. They help us connect with our past, identity and ancestry." 'Learning my parents' language was key to understanding my identity'