Worth the squeeze: How a Lebanese migrant built the Top Juice franchise

In just over 30 years, Palestinian-Lebanese migrant Ali Sawan has built one of Australia’s most successful juice franchises. He shares his journey with SBS Arabic24.

After arriving in Australia in 1989 at the age of 19, Ali Sawan secured a job selling fruit and vegetables at Flemington Market in Sydney.

It was a job he took despite being a certified mechanic in Beirut, the capital city of Lebanon.

What he didn’t realise was that this decision would lay the path for his future success.

“I was born in Beirut, I lived with my family in Abu Dhabi for seven years and then we returned to Lebanon in 1982 during the civil war," he says.

“At that time [1989], I immigrated to Sydney and my family stayed in Lebanon.” 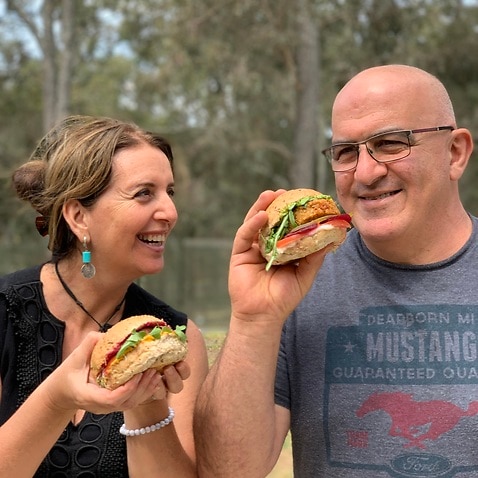 Due to Lebanon's civil war (1975-90), Mr Sawan says he was unable to complete his education, and he only had plans to keep his first job in Australia until his family joined him in their new homeland.

However, his brother joined him in the market and by the early 1990s, they decided to establish a small fruit and vegetable business in the Sydney harbourside suburb of Double Bay.

“From the first day, the sales were good. And since then, I have been working with my family and my siblings."

Three years after opening their first shop called Top Fruit, the brothers opened another store and expanded their customer base to nearby areas.

By the year 2000, they were presented with an opportunity that changed their destiny.

“We signed a contract with David Jones in Sydney and Melbourne,” Mr Sawan says.

“It seemed difficult at first because the contract involved opening branches in Melbourne as well, but the help from my family, parents and the staff made the mission a success.”

As part of the deal, they ran a fruit and vegetable concession in selected David Jones outlets and a juice bar was added to flagship stores. Mr Sawan says having branch locations at popular sites in the commercial centres in the heart of both cities, as well as the quality of their product, were key factors that helped their businesses grow.

"I am not afraid of failure and I always strive to move forward," he says.

We have worked under the David Jones umbrella for 20 years. During the first month, sales improved by 25 per cent.

After years of working collaboratively with David Jones, Mr Sawan decided to open the first Top Juice location, a free-standing kiosk in central Sydney, in 2008.

“Within a few months, the business started increasing at an accelerating rate, so I decided to consult with lawyers and accountants. We decided to expand but in a franchise fashion."

As far as his secret to success, Mr Sawan says product quality should remain a constant focus of any business owner.

“In 2011, we decided to buy vegetables and fruits directly from farms and signed contracts with farmers in New South Wales, Victoria and South Australia. Prices are good and the quality is excellent."

Away from his business empire, Mr Sawan is a father of six and a grandfather of five.

“My most important advice to my children is to perfect their work.

“One of my sons took over our business interests in Canberra and my oldest son took over the management of factories and deals with suppliers very efficiently. The most important thing is, to be honest in all your dealings.” Mr Sawan believes Australia is "still a land of opportunity", but admits the times have changed.

He says the opportunities to succeed in Australia were “more available years ago” but adds the economic situation in the country is very stable and opportunities “are still available”.

“During the 30 years I spent here, and I travelled a lot, I believe that ambition is the most important thing and opportunities are still out there for whoever wants to seize them.”