DOWNLOAD 40.88 MB
SUBSCRIBE
Sundos recovering from her injuries (L) and a screenshot of a video from the incident (R). Source: Sundos's family.

The family of a Brisbane high school student who was allegedly targeted in a racially-fuelled locker room attack is calling for an investigation into how the incident was handled.

Iraqi-Australian Sundos*, 14, has not returned to her school in Brisbane’s south since the savage attack on May 7 which left her needing treatment for a broken nose and other facial injuries.

The Year-9 student says she was attacked by a student in a locker room at Cavendish Road State High School, which came following “many years of racial harassment” targeting her background.

She says the incident began when she was set upon by a group of girls.

"[They were] taking out their mobile phones to record what was going to happen, while the boys blocked the exit of the room to prevent me from escaping,” says Sundos, who remembers hearing students laughing before the attack. 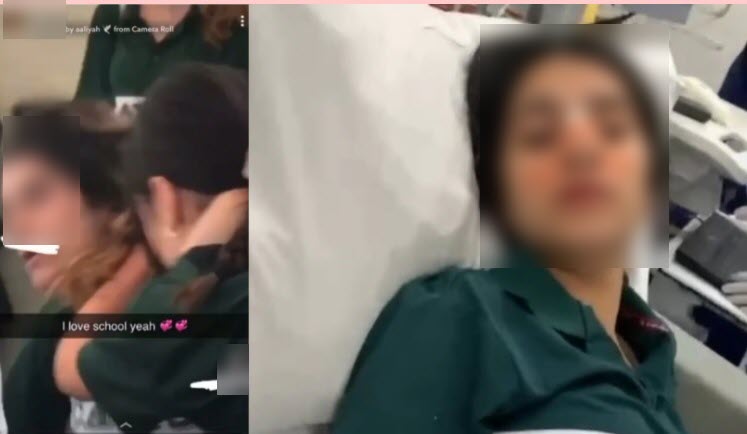 The teen says a female student then struck her on the face and followed up with further blows to the head.

"All I could think about was am I going to get out of here alive? The world around me darkened,” Sundos says.

I could feel blows to my head, unbearable pain in my nose, and my eyes were swollen.

She says other students stood by filming the incident on their phones before the crowd began dispersing.

Sundos then went to the school's treatment room and informed the supervisor that a fellow student had attacked her.

"They sat me in a room, and the school representative told me not to tell anyone about what happened," says Sundos, adding that an ambulance was never called despite her injuries.

Moments later, she says members of staff had returned with the offending student, who subsequently apologised for the attack.

"I didn’t want any apologies from her, I need help now."

'She was in pain'

Her mother Rasha Abdel-Dayem says the school got in contact and said her daughter “was beaten by one of the students”.

“When I asked about Sundos's condition, they told me that she was fine and that all she had was a slight redness under the eye."

But her daughter told a different story.

"She was in pain, and the student, who had been bullying her last year, had closed the locker room door and beat her up,” the mother says.

Sundos's father Ibrahim was “shocked” by the injuries his daughter sustained, saying he immediately noticed her swollen nose, discoloured eyes and swollen cheeks.

What had transpired was “more than a mere quarrel between children”, the father believes.

The family says although it was the first time Sundos had been physically assaulted, she had been subjected to racial harassment at the school, which targeted her language and cultural background.

"Female students in the school always targeted me because of my religion, ethnicity, or culture," Sundos says.

"This went on for many years, and sometimes I ignored it, other times I complained to the management and coped with it, but the bullying was always only verbal like jokes about bombings or the smell of curry food and other stereotypes about Arabs.”

In a statement to SBS Arabic24, the school says it is “aware of an isolated misconduct incident which occurred at the school in May this year”.

“All students involved in the incident have been dealt with in line with the school’s Student Code of Conduct,” the statement reads.

Cavendish Road State High School has been working with the student and their family to resolve their concerns about alleged bullying.

The school went further to say it “does not tolerate bullying and anti-social behaviour and works diligently with students and their parents to promote a safe and respectful learning environment for everyone in the school community”.

“Any situation that threatens the safety and wellbeing of students, staff or others in the school community is treated extremely seriously and dealt with as a matter of priority," the statement continues. 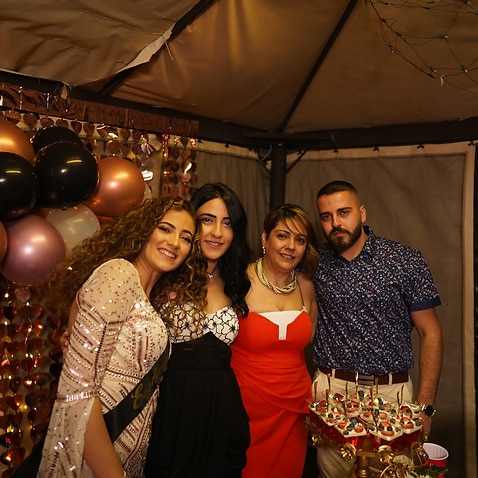 Family's desperate four-year wait for a decision on their refugee status as Australia's backlog hits 32,000

'The outcome of the investigation was communicated to all parties'

Sundos underwent an operation on her nose a few days after the attack and has since only attended classes electronically.

The family raised the incident with Queensland Police, which they say concluded with an apology from the offending student.

In a statement to SBS Arabic24 regarding the incident, a police spokesperson said detectives from the Morningside Child Protection Investigation Unit investigated an assault complaint involving two juveniles.

“Investigations were commenced and included interviews with all parties involved, as well as collaboration with the school,” the statement reads.

“A juvenile was cautioned under provisions of the Youth Justice Act. The outcome of the investigation was communicated to all parties.”

The family is now calling for an investigation into how the school handled the incident, alleging that staff members did not take "appropriate action" towards the students involved. 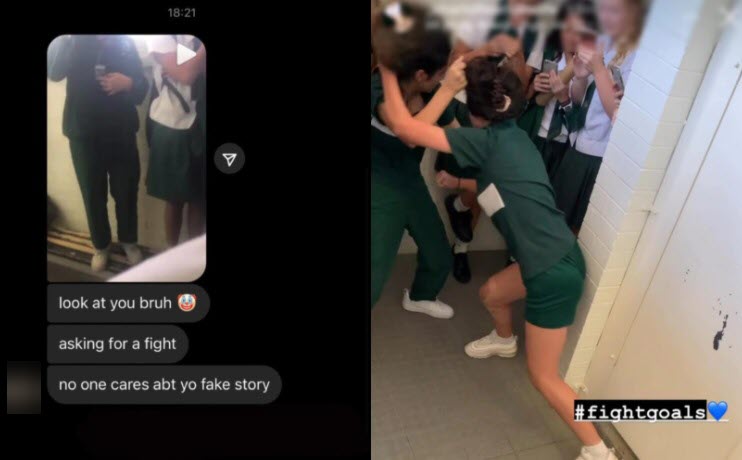 Screenshots of the video of the incident posted to social media.
Sundos's family

They say the school “dishonoured its promises” and allege that staff members asked Sundos to “keep quiet” about the attack.

"I lost some of my friends after they accused me of overreacting, [they say] all that has happened was a punch in the face at school.

"I still feel the same physical and psychological pain that I felt on the day of the attack. All I want now is the fairness and justice that I deserve."

The family’s anguish was compounded after footage of the incident appeared on social media.

"I still get cyberbullied over this footage, and it hurts when I watch it and see people's comments on it."