As India continues to report a high number of new COVID-19 infections, Acting Immigration Minister Alan Tudge has said: “It will be some time before we have open and free borders.”

Locked out and unable to fly back, hundreds of temporary visa holders in India anxiously waiting to return to Australia may have to wait longer than initially anticipated, as the country dramatically climbs-up on the world tally and is now the fifth worst-hit by the pandemic.

On Monday, India recorded a daily spike of new cases by over 9,000 for the fifth straight day, while its most industrialised western state of Maharashtra alone surpassed China’s coronavirus tally of 83,036 cases.

During a recent interview with 3AW, Minister Tudge hinted that international border closures could be part of Australia's response to coronavirus even after other restrictions are lifted.

He said many of Australia’s source countries for migrants, “for example, India,” are still grappling to control the outbreak, so it will be some time before a decision is made to lift travel restrictions.

At the moment, we know that many of our source countries still have great difficulties in terms of the virus going through their countries, you know, think about India, for example, and so it will be still some time to come before we have open and free borders. In fact, it may be that we need to have a global vaccine before we have open, free borders - Alan Tudge

Australia's borders have been closed to international travellers for nearly three months, allowing only citizens and permanent residents and those considered ‘exempt’ in special circumstances to re-enter the country. Payal Bhatia with her husband
Supplied

Indian-origin skilled visa holder Payal Bhatia who was booked to return to Australia on March 20th, said her flight never took off from New Delhi as it was scheduled to land in Sydney 20 minutes past the border closure deadline.

Separated from her husband for months and now at the brink of losing her ‘highly-paying” job, the IT consultant said she would do anything to reverse her decision to travel had she known that a pandemic would disrupt her ‘happy life.’

“I haven’t seen my husband in months who is alone and anxious in Sydney. So much so, that he is now taking antidepressant medicines. I have applied for travel exemption on compassionate grounds four times, out of which I have already been rejected thrice,” she said. 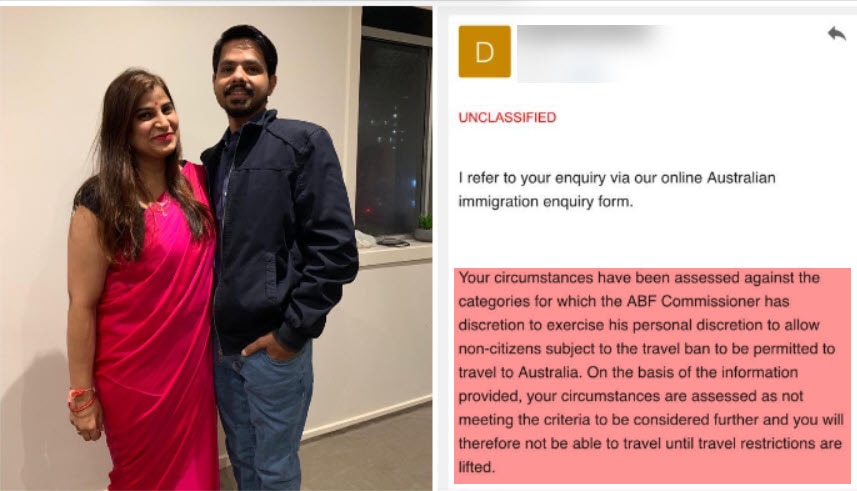 The 27-year-old who was deputed to Sydney by a multinational corporation in October 2018 has now received a warning from her employer indicating that her inability to return could result in her termination.

“Last week I received a mail from my employer hinting that they are planning to cancel the deputation for all employees who are stuck in India due to the pandemic,” said Ms Bhatia.

There are currently 2.17 million people living in Australia on temporary visas, including visitors, international students and work visa holders. It is, however, not known how many are stuck offshore due to the coronavirus-induced restrictions.

While the government has hinted it would consider lifting the ban for international students next month, Minister Tudge reiterated that skilled migrants, however, would have to wait longer.

“You look at some of the skilled migration, now that will inevitably be down in any case because most of that is sponsored skilled migration, you can only sponsor if you can't find an Aussie. Now there will be a lot more Aussies available over the next year or two, so I imagine that will be down as well,” he said. Addressing the Senate committee on COVID-19 earlier today, treasury secretary Steven Kennedy said the unemployment rate in the country is expected to hit eight per cent by September.

"We have been steadily revising down our expectations of how high the unemployment rate will rise because of the fact the health scenario has continued to improve," he told the committee.

Adelaide-based migration consultant Mark Glazbrook said the Department would have to reevaluate its skilled migration program in a post-pandemic world, as rising unemployment would mean more Australians and onshore work visa holders would be available for job roles that were earlier filled by overseas workers.

“In an employer-sponsored visa, there is an employer and if that employer is saying I desperately need someone to fill this role within my business so the question now is…is there still a demand for that person or for that company to employ someone from overseas because now there might be people available to do that work in Australia and that could be a major policy concern for the department in times to come,” he said.

Prime Minister Scott Morrison has said he expects net overseas migration to fall 30 per cent this year and a staggering 85 per cent next financial year due to the virus. 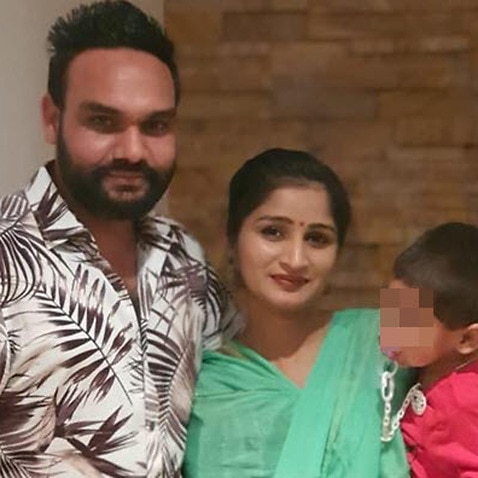