The ongoing impacts of the COVID-19 pandemic and hard border closures will significantly influence the size and composition of the Migration Program 2020-21, which will be unveiled through the Budget process on October 6.

As the Morrison Government lays down the groundwork for the Migration Program for the remainder of the year, immigration experts and migration agents envisage sobering news on that front, since Australia's migration intake will largely be determined by the challenges posed by the pandemic, and a strong focus on economic recovery.

The Treasury assumes that Australia's international borders will gradually reopen in the first six months of next year, with international travellers required to quarantine for two weeks upon arrival.

While the overall effect of the border reopening would mean people will eventually return and trigger renewed activity in the country's economy, but it isn't expected to be anywhere near the pre-pandemic levels.

This means that those industries that rely on migrants to fill local skills gaps will continue to suffer. Painting an even grimmer picture in his budget preview address, Treasurer Josh Frydenberg indicated that the October 6 budget will now predict a negative net overseas migration in the current and the next financial year, further crushing the economy bruised by the coronavirus shutdown.

“Australia’s future population will be smaller, and older than we previously assumed because of the sharp drop we are seeing in net overseas migration,” Mr Frydenberg said on Thursday.

In July, the Department of Home Affairs signalled that it will retain the planning ceiling at 160,000 places – the level set for the 2019-20 Migration Program, including the program’s size and composition as per which around two-thirds of the permanent migration program is set aside for skilled migrants, with the remaining third allocated to family reunion migrants.

This was, however, an interim arrangement that was made until the budget announcement in October. 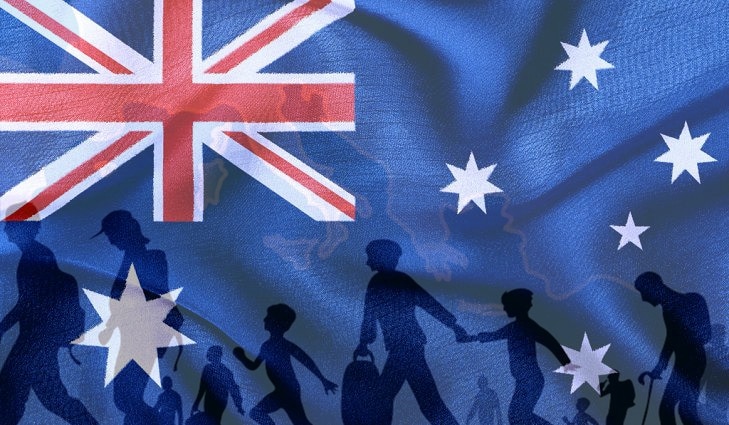 Will the government opt for a lower ceiling?

With no signs of borders reopening anytime before January 2021, the real question is whether the government will lower the ceiling or retain it at 160,000 visas.

Former senior Immigration Department official Abul Rizvi said he will be surprised if the government decides to maintain the migration cap, but if they do, their actual target will be much lower.

“The ceiling is more about politics and less about reality, so presenting a 160,000 ceiling communicates the idea of optimism that we are going to recover quickly.

“I will be surprised if the government chooses to retain the ceiling but even if it did, I suspect its actual target will probably be significantly less. I estimate somewhere between 100,000 and 110,000 places,” he said. The General Skilled Migration Program (GSM) is aimed at skilled workers in select occupations willing to migrate to Australia to improve the country’s workforce, and also to meet the changing needs of businesses within the states and territories.

Every year all jurisdictions receive quotas from the government in the month of May through the budget process, based on which the states and territories nominate skilled and business migrants for Skilled Nominated Subclass 190 and the Skilled Regional Sponsored Subclass 491 visa categories. But this year's delay in the budget announcement due to the COVID19 crisis meant states have so far only received limited interim nomination places for select occupations that are critical to the state’s recovery, including health, information and communication technology, engineering, etc.

In a statement to SBS Punjabi, a Department of Home Affairs spokesperson said the state and territory nominated visa programs will play an important part in Australia’s economic recovery and continue to be a part of the Migration Program.

Economists in the country say that the Federal Budget presents a timely opportunity for the government to reboot the economy particularly affected by a dramatic drop in net overseas migration and hard border closures.

AlphaBeta founder Andrew Charlton said one way to build momentum on Australia's response to the pandemic and work underway for economic recovery would be to focus on attracting skilled migrants when borders reopen.

"With the decline in immigration, it's going to be an acute strain on growth in important sectors of the economy and the recovery," AlphaBeta founder Andrew Charlton told the SMH.

Stepping up its commitment to regional Australia, the government had set aside 25,000 places for regional visas in the previous program, of which 23,372 visas were delivered.

The government has indicated that it will announce new measures in the Budget next week to encourage young Australians and overseas backpackers to stay in the country longer and take up farming jobs to fill rural and regional job shortages. 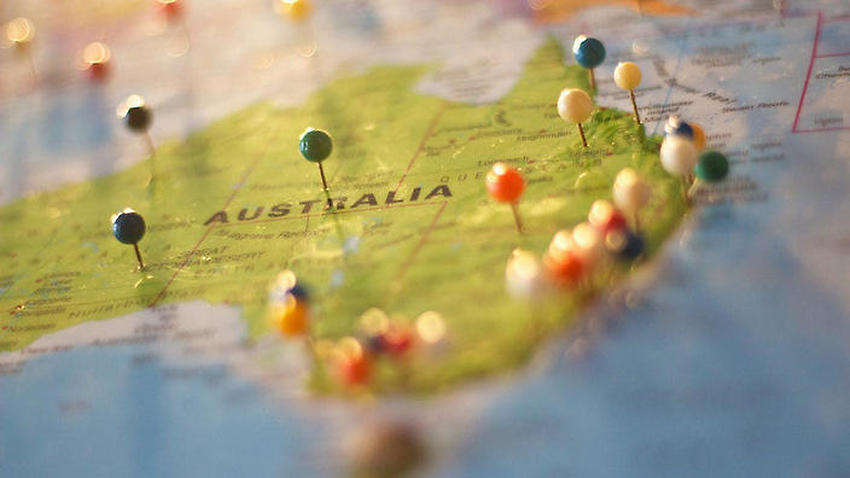 Adelaide-based migration agent Mark Glazbrook said there is no doubt that the government will continue to push new migrants into settling in regional areas to fan their “congestion-busting agenda.”

He says while the thought is right, their target isn’t.

“There is an urgent need to reform the regional skilled migration program as the current one does not allow the regional businesses to attract migrant workers who have the skills, experience and often lack the commitment to live and work in regional areas.

“Demand-driven migration in regional areas works so much better than the current points tested system where we are bringing people into regional areas for jobs that quite often don’t exist,” he said.

Migration agent Harjit Singh Chahal said the trend towards granting more onshore visas will continue in the remainder of the program year to avoid putting pressure on the international arrivals cap but also due to concerns about lesser job opportunities for newly arrived migrants.

“It will be safe to assume that more visas will be granted to applicants who remain onshore as compared to those who remain stranded offshore by the border closure. This also works in the government’s favour as it allows them to clear the existing backlog, particularly in family stream visas,” said Mr Chahal. 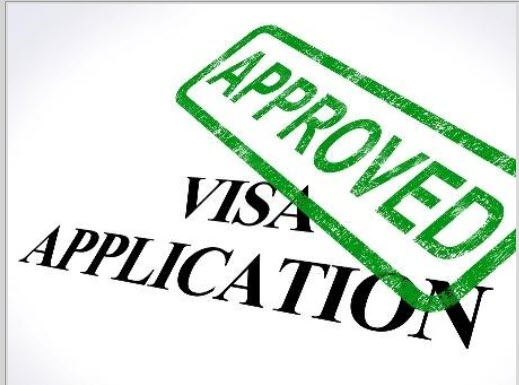 He added that this approach also aligns with the government’s priority to put ‘Australians first.’

“There are more people who are unemployed in Australia currently than there ever were which means the government would want to put the interests of Australians before opening the doors to migrants."

Mr Chahal, however, cautioned that this does not mean doors will remain closed to those stranded offshore.

“The last thing that the Australian economy needs now is to wreak havoc on the prospects for an economic reboot by preventing migrants from coming into the country as they will fill critical skill gaps and job roles that locals do not want to take,” he said.

Australian visa charges increase each year on 1 July in line with the consumer price index (CPI). This increase is normally around 3 to 4 per cent.

Mr Glazbrook said the industry is not ruling out an increase in VAC despite the dire economic impact of the pandemic worldwide.

“Almost every year the VACs go up based on the increase in the cost of living. This year, however, it will be interesting to see if they increase the cap to offset the significant fall in revenue due to lower lodgements considering it is tougher now economically than it has ever been in a long time,” he said. 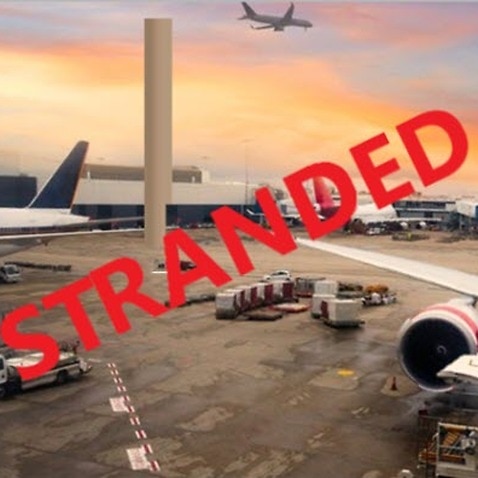 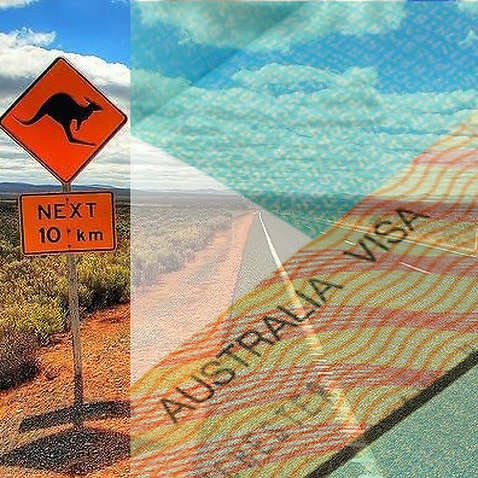