The weather could not be better to play cricket. It was a beautiful Sunday morning. NSW Minister of finance Mr Victor Dominello brought his eleven to challenge a newly-formed Consul General team lead by Indian consul general in Sydney Mr B. Vanlalvawna.

The match, organised by AISECS under the leadership of Mr Gurnam Singh was friendly in nature but not in spirit. Mr Dominello warned Mr Vanlalvawna from the stage during the opening ceremony of a tough fight. He said, “We are here to win.”

Mr Vanlalvawna replied with a gentle smile, “Let our bat and ball respond.” 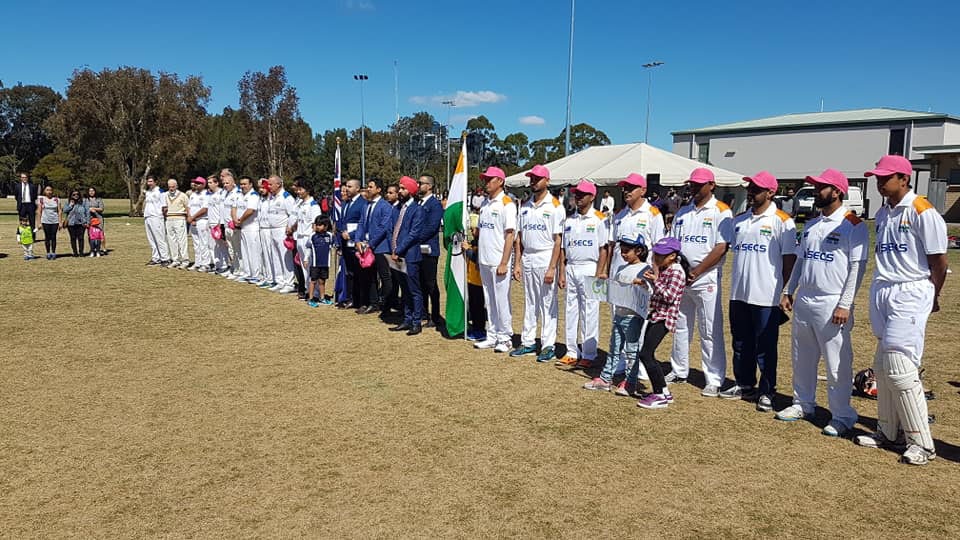 This friendly cricket match was an initiative of AISECS to bring communities together and give the cricketing season a harmonious start. Mr Gurnam Singh said, “Cricket is the best medium to bring India and Australia together. We youngsters want to make a society which plays together, stays together. I hope this initiative brings the point home.”

CG-XI chose to bat first after winning the toss. The team played well despite losing its first wicket in the second over. The placed a massive total of 194 on the scoreboard in the 15 overs. Minister’s-XI responded well with some great knocks but fell very short of the target. They could make 154 runs in 15 overs, losing the match to CG-XI.