An average Australian driver is distracted every 96 seconds by something other than the primary task of driving, claims new research.

Digging teeth into a burger, checking your phone’s screen or physically reaching out for a lipstick while driving may not seem like a huge deal but all it takes is just a second’s worth distraction for things to go south.

A recent study conducted by Monash University’s Accident Research Centre has revealed that Australian motorists were distracted every 96 seconds or nearly 45 per cent of the time doing other “non-driving” things while they were driving.

A total of 379 drivers were filmed on all sorts of Australian roads within the age group of 22 and 69, for nearly two million kilometres for the research. And the findings were scary.

“For 95 per cent of the trips we looked at, drivers were engaged in some sort of non-driving activity,” Monash’s Dr Kristie Young said.

The Monash researchers claim that distractions are in fact one of the biggest causes of road accidents in Australia and are responsible for 16 per cent of all fatal crashes.

So what are these distractions?

Unsurprisingly, mobile phones turned out to be the most common diversion that affected the concentration of the drivers, found the research.

More alarmingly drivers were seen sending text messages while on the road, picking up their phone to answer a call or browsing through social media platforms- all of which is illegal and includes a fine and demerit points.

But there is yet another task vying for the top spot on the overall list and that is eating while driving.

As harmless as it may sound, eating a meal behind the meal can also result in a fine and loss of demerit points depending on the kind of impact it has on the driver’s control of the vehicle.

“Offences are assessed on a case-by-case basis, including whether an incident occurred”, a Transport and Main Roads spokesperson told SBS News.

Adjusting radio settings and carrying out mundane tasks like physically reaching out for something that is kept on the back seat of the car or applying make-up or brushing hair made up for another large chunk of distractions. A driver pulled up for a traffic offence in Brisbane.
AAP

When we asked SBS Punjabi listeners if they were guilty of similar behaviour, Simran Thukral said she is “ashamed” to admit that she is most likely guilty of being distracted by phone and applying makeup.

“I don’t text for sure, but applying mascara while stopping at traffic lights or combing through my hair is like a regular chore I reserve for the “in-car” thing,” she added.

Real Estate intern, Simar Deep Singh, on the other hand, said he is a new driver on the Victorian roads and therefore ensures he is sticking to most of the rules.

“I don’t take any risks-neither with my life or anybody else’s,” said Mr Singh who holds a probationary licence.

But Mr Singh’s younger brother Manveer Singh said he is often multitasking on the roads.

“I can’t lie but I do check my phone or adjust stereo settings because I cannot drive without listening to my kind of music,” said Mr Singh. 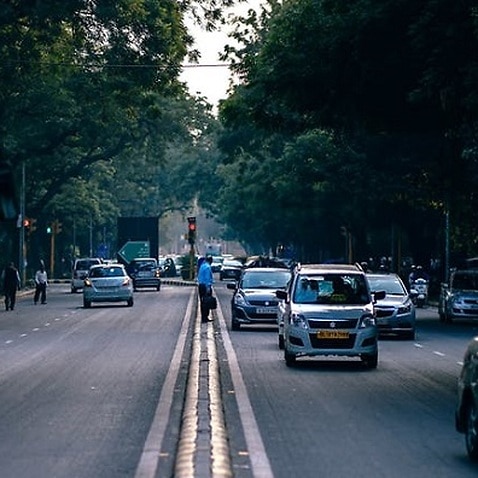 The driving rule most Indian Australians could be breaking unknowingly 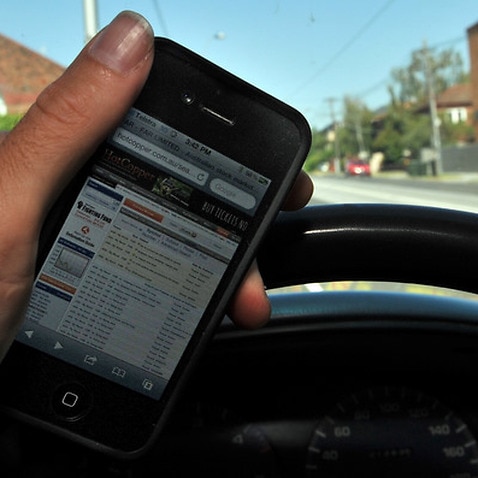 Using your phone while driving can prove costly