Speaking out for the first time since missing their flight home in October, six Afghan men who live with disabilities after being wounded in the war, say they are owed protection in Australia.

After his father’s death, Aminullah Arsalan joined Afghanistan’s national army at 18 so he could put food on the table for his family. 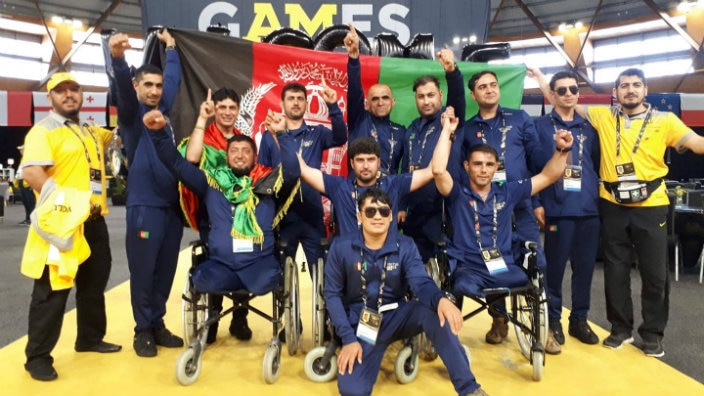 The group represented their country at sitting volleyball, as well as in individual events including powerlifting. But while the rest of the 11 members of the Afghan team got on their flight home, Arsalan and five others fled with little more than the clothes on their backs.

Going home though isn’t an option. 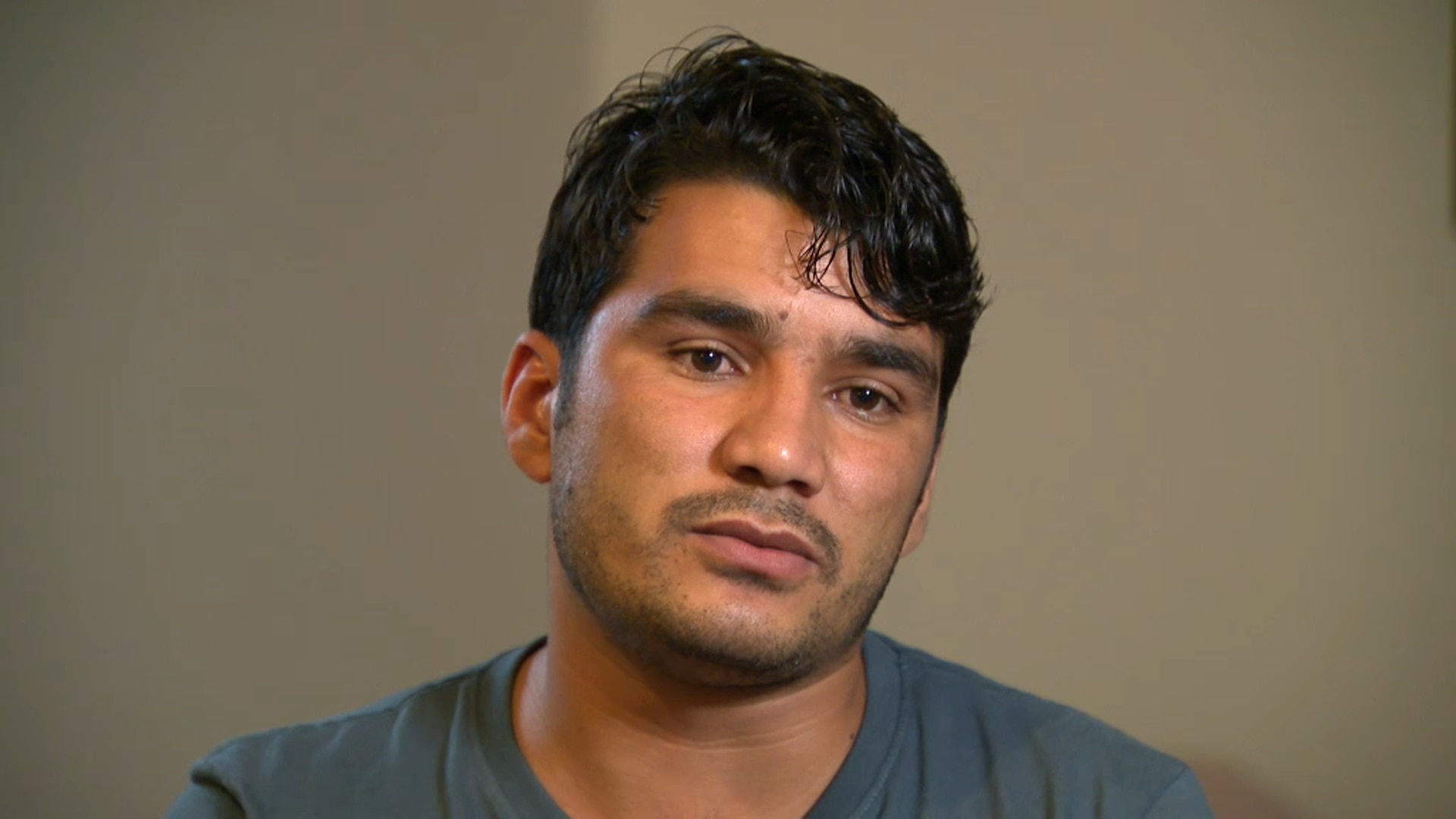 “We are disabled it is very hard for us to live there [in Afghanistan]. We are under the Taliban’s target as well,” Arsalan told SBS.

A coalition of western forces, led by the United States and including Australia, have been fighting in Afghanistan since 2001. Despite more than a decade in the country training the Afghan National Army, the security situation has deteriorated in recent years and attacks from the Taliban and other groups are common.

The group of six have now lodged asylum applications with the Australian government and have been granted bridging visas so they can legally stay in the country while they are being processed.

‘We sacrificed our lives for Australia’

Sohail Naseri was working on a joint patrol with British forces in Helmand province when he lost both of his legs to a landmine.

The 31-year-old says he believes countries involved in the coalition forces in Afghanistan, including Australia, have a responsibility to him and other wounded veterans. 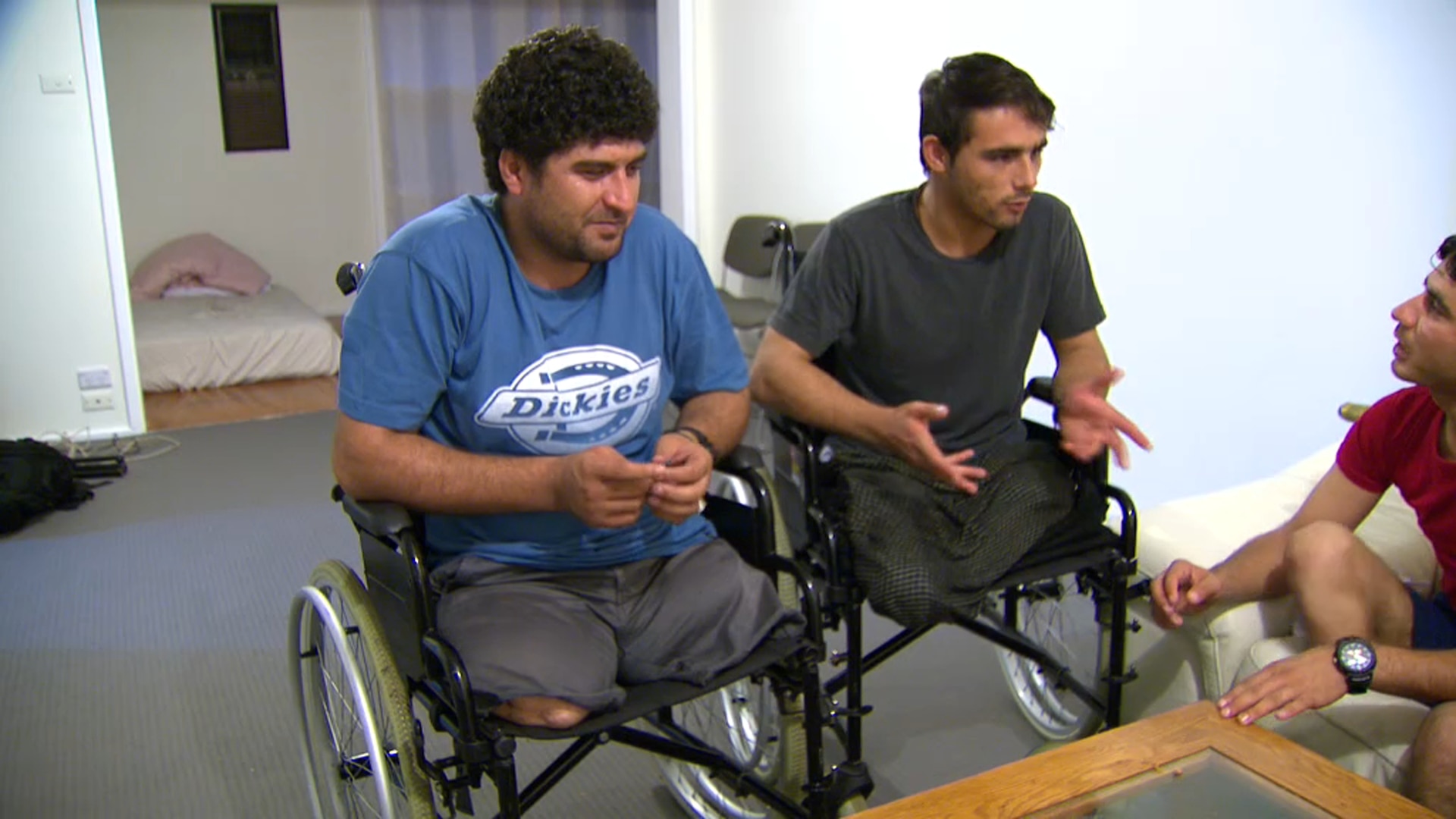 Asked by SBS why the group decided to stay behind in Australia after the games, instead of applying for asylum from their home country, he said:

Naseri said he had left behind four children in Afghanistan and wants to ensure they have a better life.

“I want my children to get an education and earn a living through the pen, not the gun as I have.” The group didn’t plan to stay in Australia before arriving for the games, he said, but made the decision after spending 11 days living in safety and seeing the way veterans from other countries lived.

The Invictus Games were started by Prince Harry for wounded and disabled war veterans and involved about 500 competitors from 18 participating nations.

The group said they have since received threatening messages from Afghan government officials telling them they had to return home. But the threat of being targeted by the Taliban is too high, they claim.

Naseri said he believed the risk had been increased by the group’s participation alongside athletes from Western nations in the games, as well as the associated media coverage.

The other members of the team who stayed behind include Reyaz Talash, 23, and Abdul Wali Ahmadzai, 24, who are both missing limbs from the war, as well as trainer Mohammad Salem Oriyakhil.

The group have been receiving free medical care in Australia and are trying to raise funds to have new prosthetic limbs fitted.

Arsalan said the basic prosthetic limb he was given in Afghanistan cause him a high level of discomfort. “I am having a lot of problems here. When I even walk for one or two hours it just starts hurting so I can not move on,” he said.

Following the Commonwealth Games on the Gold Coast in April, roughly 250 mostly African athletes and officials stayed behind in Australia. About 200 of them sought asylum and it is not known how many were granted visas.

The lawyer for the Afghan group Alison Battisson from Human Rights For All said she believed the group had very strong claims for asylum. The Afghan interpreters left behind by Australia

The Department of Home Affairs did not respond to SBS News’ request for comment.

In the future, Naseri said the group wanted to learn English and be able to live a productive life in Australia. They say there are no other options for them.

“It's not possible for me to return [to Afghanistan],” said Ahmadzai, “the half of me which is left, I may lose that as well”.