Worrying and in some cases illegal levels of heavy metals, carcinogenic insecticide and arsenic has been found in multiple foods being imported into Australia as revealed by independent testing commissioned by SBS Punjabi Radio as part of a special investigation into the safety of Australia’s food import industry.

Note: This investigation was named Finalist at the 2017 AIBs, the annual awards given by the Association of International Broadcasters for media excellence, in the category Best Investigative Story - Audio. It was the only story from Australia chosen as a finalist in that category in 2017.

After receiving reports from listeners complaining of problems with foods they had purchased at South Asian grocery stores around Australia, SBS Punjabi Radio team were prompted to investigate further. They sent 18 products purchased at Indian Specialty stores across greater Melbourne to the National Measurement Institute, a food testing lab accredited by the National Association of Testing Authorities.

Apart from the two foods that failed to meet FSANZ standards, the National Measurement Institute also tested many samples of popular foods.

Results from three other products concerned Food Safety experts due to levels of lead, copper and insecticide residues.

The three concerning products are:

- Complan - a powdered milk drink for growing children manufactured by Heinz in India.

- Indus basmati - a rice from Pakistan. 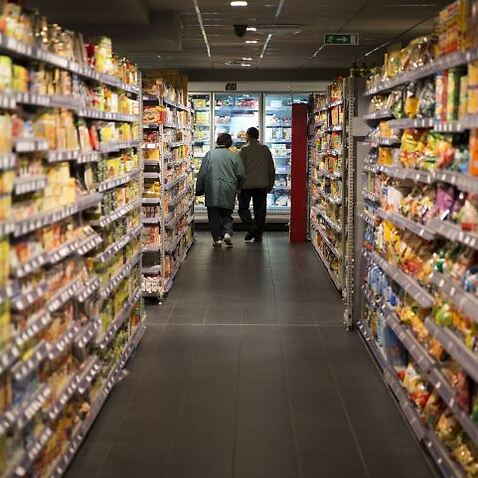 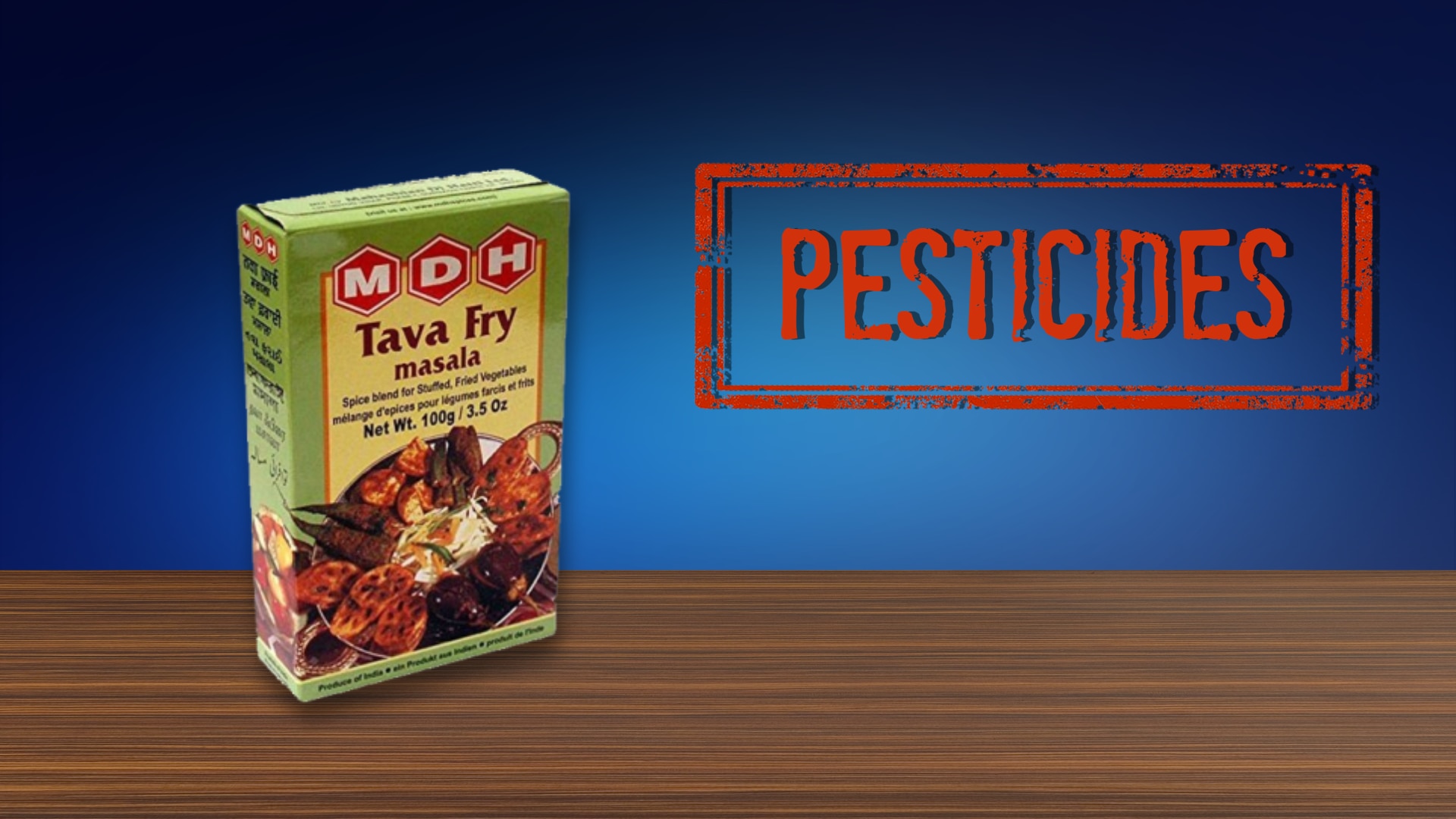 Tests revealed it contains .22 milligrams of the fungicide Carbendazim per kilogram, more than twice the limit set by Food Standards.

It contains .066 milligrams of the insecticide Imidacloropid per kilogram, again above the Food Standards limit.

"When I checked the current maximum residue limit regulations in Australia, the levels you showed me in that data were slightly above that," explains Professor Brian Priestly, the director of Monash University's Australian Centre for Human Health Risk Assessment. 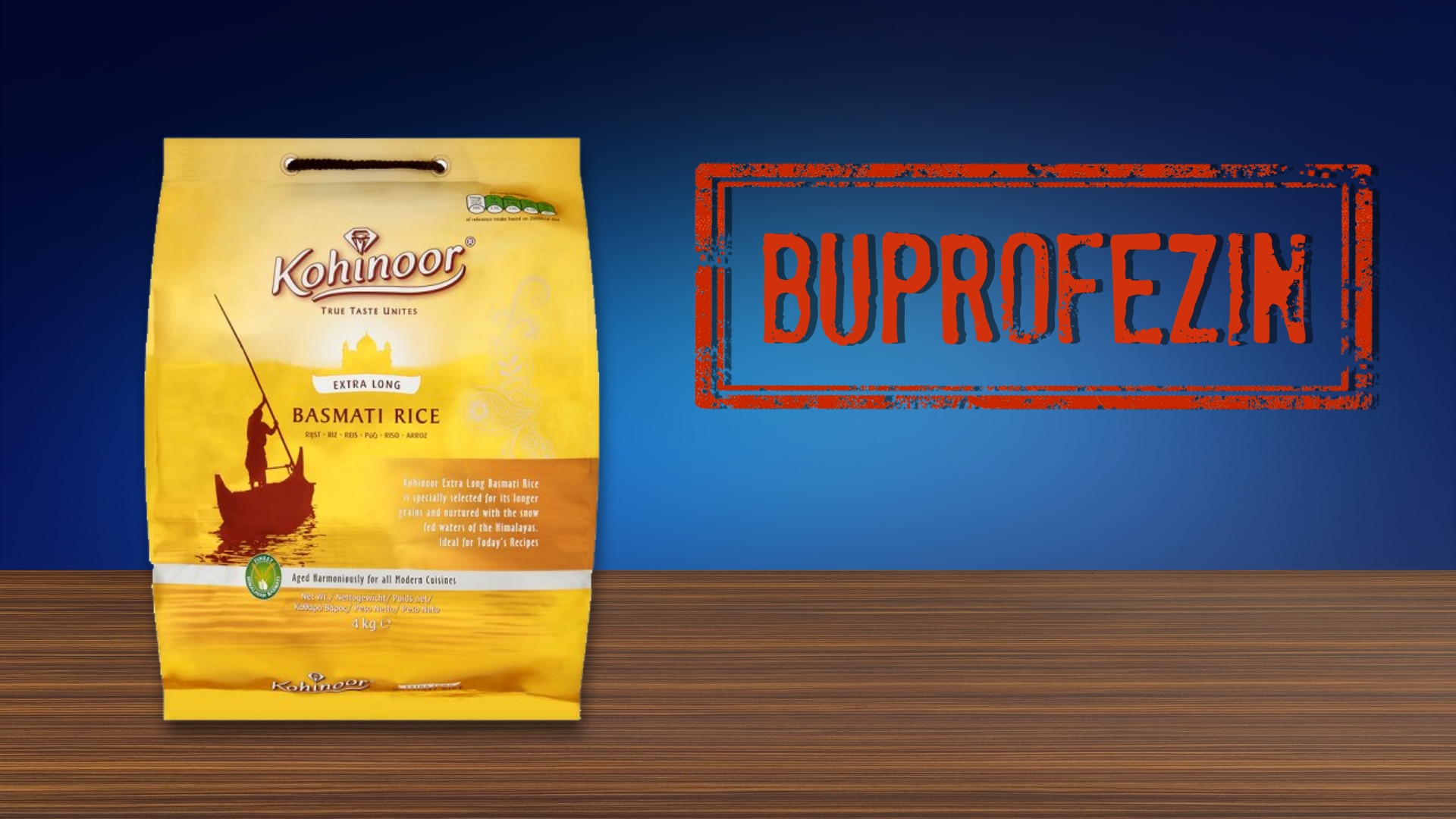 The Kohinoor basmati rice bought in Melbourne contains .014 milligrams of the insecticide Buprofezin per kilogram.

Professor Priestly believes that brand of rice also fails the test, because there is no prescribed Maximum Residue Limit (MRL) for Buprofezin in the Australian food standards. He says if an MRL is not set for a particular pesticide or chemical for a product, it should not be detectable in that product.

"It may well be that, for certain food commodities like rice, there's no specific MRL established because chemicals may not be permitted to be used on that crop," explains Priestly.

"It, therefore, means that the food would not pass the Australian regulation. But, again, it doesn't necessarily imply there would be a health effect from consuming that."

The Australian importer of Kohinoor Basmati rice, Aarkay International, has declined comment on the high levels of insecticide found.

It says it only pays to test its products when Australia's authority asks it to do so.

"In response to the testing commissioned by SBS, the Commonwealth Department of Agriculture and Water Resources, in conjunction with the Victorian Department of Health and Humans Services Food Safety Unit undertook some follow-up testing of Kohinoor extra long basmati rice.

The test results revealed the presence of buprofezin at levels of 0.01mg/kg, therefore confirming the results of the testing undertaken by SBS.

The department understands that in response to these laboratory results, the Commonwealth Department of Agriculture and Water Resources has initiated action at the border through an increased inspection and testing regime of Kohinoor brand rice.

This applies to all importers of this product in Australia, including a Melbourne-based importer.

Since these test results the Department has ascertained that the importer has none of this stock in its warehouse and none remains in the stores it supplies."

Apart from the two foods that failed to meet standards, the National Measurement Institute also tested many samples of popular foods.

Results indicate at least four other products could be considered unsafe due to their levels of copper and lead. 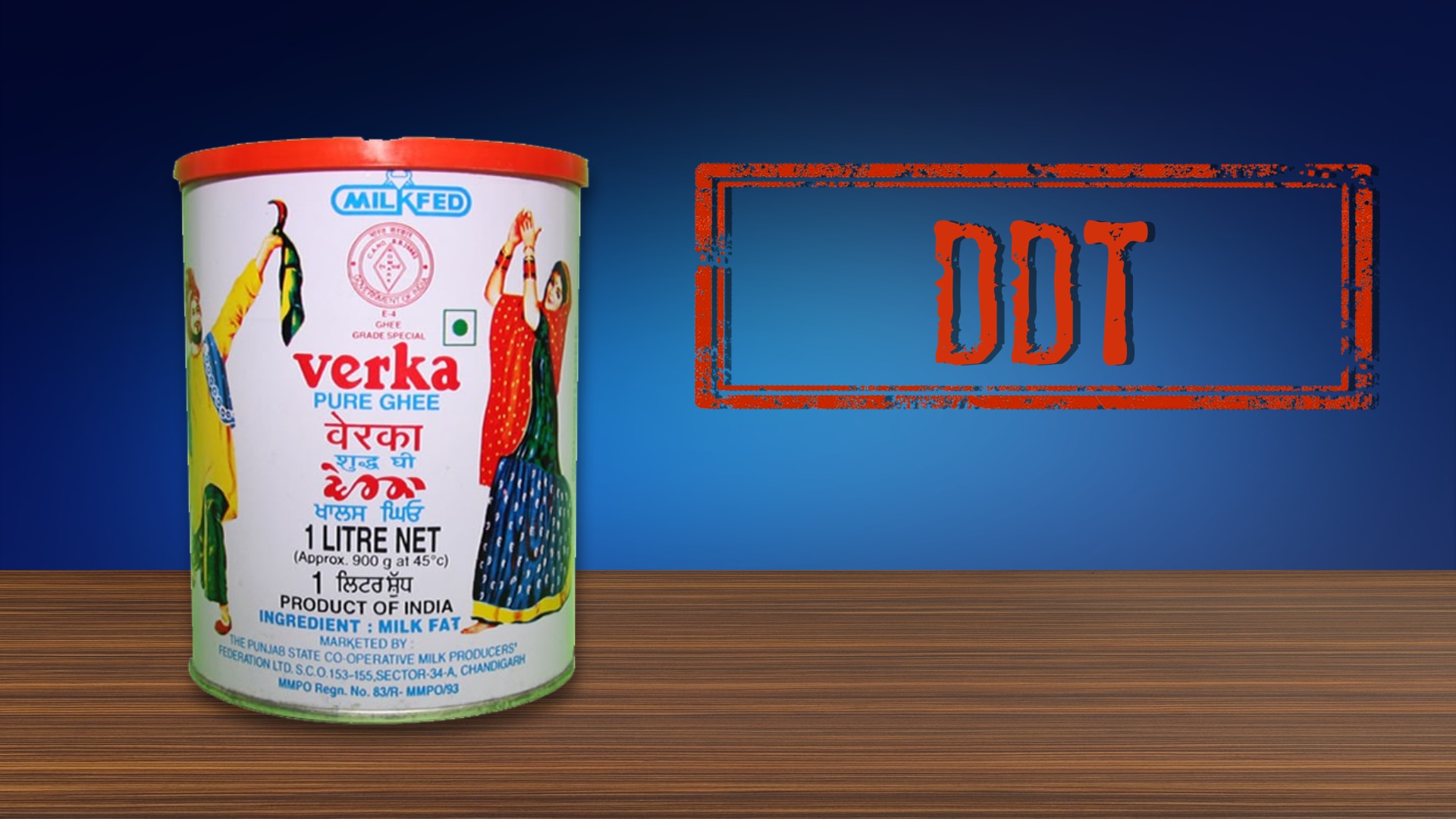 A laboratory test on Verka Ghee found it contains traces of the probable carcinogenic insecticide DDT, although within levels permitted under Australia’s Food Safety Standards. However, some experts whom SBS has spoken to suggest even consuming small amounts of DDT could be harmful.

"They're known to be toxic to animals and humans, and these accumulate in our fat,” says RMIT’s Marc Cohen

He explains that chemicals like DDT are persistent and can have a multi-generational effect on humans, meaning pregnant mothers could pass it on to their unborn children.

“These are fat-soluble chemicals. So it accumulates in our bodies over time, and, if you have a look at the body, the fattiest organ in our body is our brain -- our brain is made up of membranes and fatty tissues.”

“These fat-soluble chemicals accumulate in fatty tissues over time, and, of course, it is fatty tissue that mainly gets cancer -- the breast, the brain, prostate, bone marrow, etc. But also, DDT and other organochlorines travel through the placenta and they target the foetus.

“And there's not much body fat on a foetus, and all the fat in a foetus is mainly in the brain."

In a written statement, Verka Coop in India told SBS that its clarified butter meets Australia's and India's standards. SBS also commissioned testing a sample of the popular powdered drink for children ‘Complan,’ produced by Heinz in India.

The results showed 0.12 mg/kg of lead. While lead is considered safe in Australia up to 0.2 mg/kg in cereals, it is unclear what the Australian standard is for lead in children drinks.

A relevant standard is the Japanese JETRO, which is highly regarded around the world. It states: "Arsenic, lead or cadmium must not be present in a detectable amount" in powdered drink beverages.

Kraft Heinz India, that manufacturer of Complan in India, said to SBS in a written statement that "all results for heavy metals have been well below the levels permitted under Indian Government's approved Food Safety Regulations" and that the company has "not authorized export of this product to Australia".

All samples of imported rice and wheat tested during this SBS investigation, contained traces of various heavy metals, insecticides, pesticides and fungicides.

"No, cooking doesn’t change the levels at all," said Cohen in regard to whether this would help in eliminating the harmful effects of such contaminants.

"In fact cooking can increase the levels, especially, I know in India for example they use a lot of copper cookware and if you’re cooking acidic food in copper cookware, you can actually leach copper out from the cookware."

"Or even if you’ve got cookware that’s lined and the lining has been damaged, that copper then can come out into the food. So yeah, cooking doesn’t have an appreciable effect, it's not like your purify the food through the heat. It may actually compound the toxicity."

Since much of the South Asian community considers rice and wheat as a staple diet, what effect can regular consumption of these products have?

"This is a huge problem for toxic-chemical regulation worldwide,” says Cohen. He explains that it is difficult to predict the accumulative effect of those chemicals, even if consumed in low doses which are regarded as acceptable by FSANZ.

"It doesn't take into account what is called low-dose, non-monotonic effects. That's effects where very small doses can have a big effect because they disrupt the endocrine system."

"It's not just a linear curve that, lower the dose, lesser the effect. You can go to very, very low doses, even below what might be thought of as the 'no observable effect' limit, and a much smaller dose beyond that does have an effect, because it affects the endocrine system.

"It's been well documented; you can have the 'something from nothing' effect. So you can have two chemicals which, on their own, do nothing, there's no observable effect, but, when you put them together in a body, they do have an effect because they have a synergistic, or cocktail, effect. So that's really hard to account for, to measure and to regulate for." 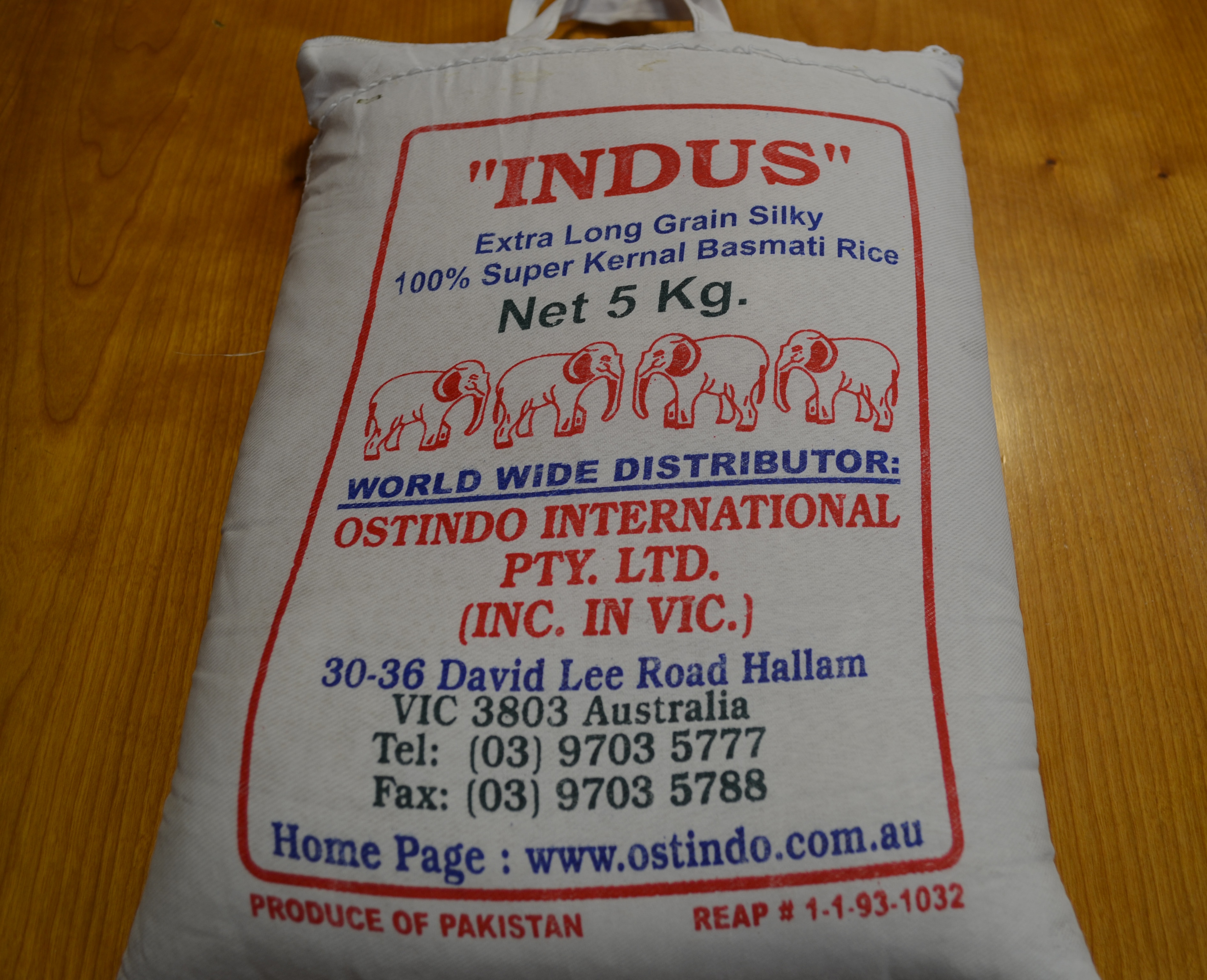 One other test result that has raised concern is Indus Basmati rice, a product of Pakistan purchased from a well-known Australian supermarket.

The lab tests reveal it contains traces of the insecticide Chlorpyrifos which fall within the Food Standards limit for rice.

"The problem with Chlorpyrifos is that it's an organophosphate and it impacts on the nervous system,” explains Anthony Amis, a Melbourne-based, land-use researcher.

He argues that Australia should have zero tolerance for substances like Chlorpyrifos.

“There have been some restrictions on Chlorpyrifos in some other countries, and Australia is a bit behind,” says Amis. “But, essentially, how it works is that it kills the insects by essentially frying their nervous system. The problem with that is that the same mechanism in the insects is exactly how it works with humans."

RMIT's Marc Cohen says, in high doses, insecticides like Chlorpyrifos can even be fatal to humans.

"When DDT was sort of phased out because of the worry of its long effect time, they brought in the organophosphate chemicals, which are much shorter-lived. They break down quicker in the environment.”

“They're water-soluble, rather than fat-soluble. So you can pee them out and get rid of them out of your body much quicker - however, they are a lot more toxic. They are actually neurotoxic.

“We know that, if you have a high dose of them, you'll die, and they're attributed to about 300,000 poisoning deaths per year from organophosphate pesticide, but that's on a very high dose of poisoning.”

“In terms of a low-dose chronic exposure, there's not a lot of research. There is epidemiological evidence to say that people who have a higher exposure to organophosphates have more nervous-system problems, more learning difficulties.”

“Children who have higher levels are found to have ADHD, for example."

SBS was unable to contact Ostindo, the Australian importer of Indus Basmati rice.

It must be noted that SBS only tested a very small number of food imports from India.

There are thousands of imported food products available in Australia from all over the world that were not tested during the investigation.

But it must also be noted that one locally produced Australian rice was tested and did not contain traces of any of the pesticides found in the imported samples. 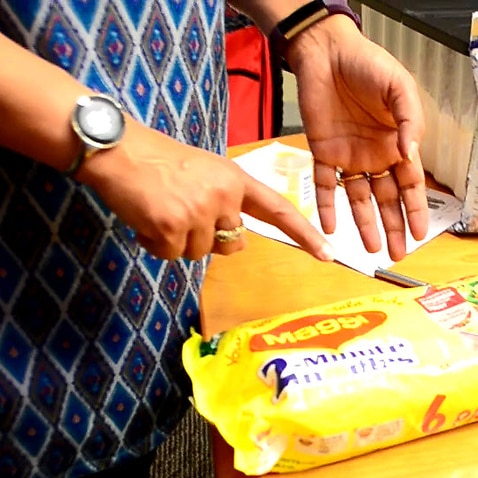 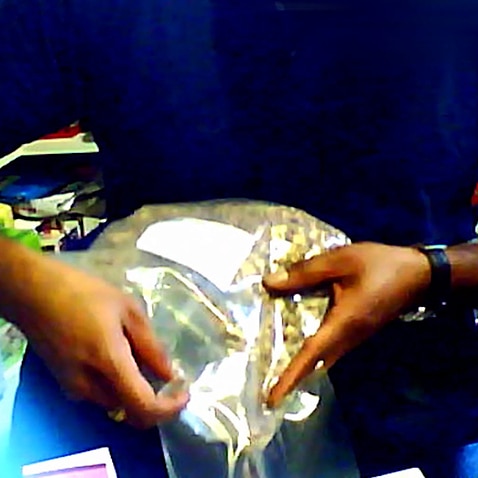