Nursing continues to be an in-demand profession in Australia and many nurses overseas aim to penetrate Australia's health industry in the hopes of living a better life, earning a higher income and being able to live permanently in Australia. But how likely can a Philippine RN become an Australian RN?

According to the annual report of the Nursing and Midwifery board of Australia (NMBA) , there are over 380,000 registered nurses in Australia in 2017-2018. The number is yet to rise as there has always been a great demand for nursing services across every state.

Filipino nurses who braved the journey can attest that the process of applying as a registered nurse in Australia is tedious and challenging. Floribeth Saavedra, a nurse based in Sydney just recently completed hers and is now in the process of waiting for her registration. "It takes about 4 - 6 weeks processing the registration and sometimes it's more than that," says Floribeth.

From PH RN to AU RN

Before Floribeth is abe able to work as a nurse in Australia, she needed to meet the registration requirements and complete a skills assessment from the Nursing and Midwifery Board of Australia (NMBA) and Australian Health Practitioner Regulation Agency (AHPRA).

Her registration was assessed according to the following:

Work history- Completed a minimum of 450 hours of work as a nurse in the last 5 years.

Together with this, she was required to provide a COE or certificate of employment containing the employer's letterhead, dates of employment, description of the role in which she was last employed specifying whether it was full-time or part-time hours signed by the manager. According to her, in some cases the assessing body might also ask for a payslip.

CV submission- as part of the application, she also submitted an original copy of her CV to AHPRA where she followed a standard format.

Criminal history- Floribeth needed to demonstrate that she is fit to practise in Australia so she provided and paid for an international criminal history check. She was presented with 2 options on where to obtain the check, either from Fit2Work or AIS.

According to Floribeth, Fit2Work is a good option for a fast release (3-4 days) but costly. While AIS is way cheaper but longer (1-2 weeks) depending on the country where you have worked as a nurse. " If you're not in a rush you can save half of hundred bucks, it's up to you what you need," she says.

Most importantly, Floribeth needed to meet the English language proficiency standards so she took the PTE Academic and got a score of 6.5, an equivalent of 7 in IELTS.

After completing all the requirements, Floribeth sent her application to AHPRA and waited for the result.

After submitting, Floribeth's application went through a thorough review at AHPRA. After a few weeks of waiting, she received a letter of eligibility (LOE) containing the refusal of her application. Unfortunately, she did not meet the current Australian nursing and midwifery education standards. On the bright side, accompanied in her LOE is a referral to take the bridging program. "I was very happy I got my LOE," Lori says enthusiastically.

Seeing the LOE as an opportunity to continue a nursing profession in Australia, she then responded to AHPRA via a letter expressing her willingness to take the said program. The LOE is also a requirement to be submitted to the school offering the bridging program and it is intentionally made valid for a year for applicants to be able to find a school that offers a bridging program." The next challenge is to find a school, schools in Australia are always full. If you are aiming for a certain time and if you have a visa that will expire you might have to enroll in an expensive school," she adds.

Floribeth took the EPIQ program (Entry Program for Internationally Qualified RN course). " You have to be quick in finding a school and think of the costs too. Rough estimate for the school fee would be $12,000 to $20,000" says Floribeth.

Here is a list of Australian schools offering bridging programs:

To gather more information go to the AHPRA programs of study terms.

After taking the bridging program for 3 months and passing it, Floribeth received a certificate of completion from her school and shortly after, she re- registered from AHPRA  using their newly released form.

As tedious as it can be, she needed to apply again and provide all the necessary requirements as mentioned in stage 1 including repayment. "You gather and compile all the requirements again. Have it certified again, get a new CGOS because they have expiry dates and then pay a filing fee of $340," says Floribeth.

While Floribeth is looking forward to receiving her registration, she has to wait 4 to 6 weeks or maybe even longer.

AHPRA also updates its model for internationally qualified nurses and midwives, Floribeth highly suggest applicants to check the new assessment model which will take effect mid half of next year.

"The challenge does not end there. Australia have this CPD or Continuing professional development. The nurse needs to acquire 20 hours of CPD a year," says Floribeth.

As nurses remain one of the most valuable and in-demand occupations in the country, nurses from overseas are becoming an easy target for bogus migration companies.

So before you embark on a journey to the land down under, make sure you do a keen research and get advise from the right agencies. 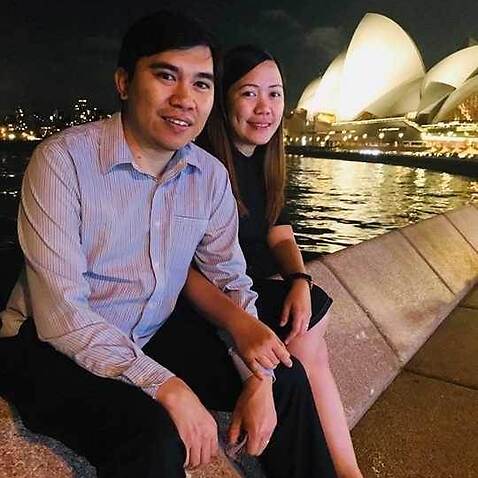