Nearly a year after being stranded in India by the COVID-19 border closure, temporary visa holder Kavish Chopra and his young family’s Australian dream has now shifted to Canada.

Mr Chopra who was deputed to carry out IT work for a firm in Melbourne five years ago is now busy looking for movers to help him wrap his assets in Australia and transfer them to his hometown near India’s capital New Delhi, where he remains stranded since March.

The 30-year-old work visa holder who came to Australia along with his young family seeking a promising future says the “harsh” border measures prompted by the COVID-19 pandemic have forced him out of his job and displaced him from his home.

“This has cost me my well-paying job as I have been transferred back to India on a significant pay cut, simply because of my inability to return to Australia,” he says. Kavish Chopra with his family.
Supplied

‘I don’t ever want to return to Australia’

Under the current travel restrictions, it is nearly impossible for anyone who isn’t an Australian citizen or a permanent resident to enter the country. The only recourse available to visa holders is to get a travel ban exemption from the Australian Border Force, which is hard to come by.

“All my attempts to get an exemption have resulted in outright rejections even when my employer stepped in to help us. We have supported Australia’s job sector and have contributed to its economy, but they shut us out the moment a crisis swept the country. I had not expected we would be treated this way,” says Mr Chopra.

The IT engineer who had dreamt of establishing a life in a first-world country is now collecting documents to apply under Canada’s Federal Skilled Worker Program.

“We have already initiated the process to migrate to Canada, because I don’t ever want to return to Australia even if the borders open this year, given the way the government has treated us and thousands of other temporary migrants who remain stranded offshore,” he adds. Immigration is critical to both Australia and Canada:

In recent decades, both Australia and Canada have become increasingly reliant on new permanent residents and temporary migrants including international students and foreign workers to support their job sector, economic growth and population.

While 30 per cent of Australia’s 25 million people were born overseas, more than 22% of Canadians identify themselves as immigrants.

Canberra-based migration lawyer Ben Watt says while migration remains critical to both countries, there is a shift in the narrative among Australia’s skilled workers stuck offshore, many of whom are now shopping around for a first-world country.

“There is definitely a narrative that is happening with this international pool of talent. They are shopping around, and the pandemic has really brought home to people that they really want to live in a country where they are going to have the ability to eventually get residency and the country’s got the ability to police its borders and keep COVID down,” he says.

Mr Watt adds that the narrative in favour of Canada is most likely being fuelled by the Australian government’s policies skewed in favour of its citizens and residents.

“What’s happening is that the government doesn’t want to be seen to be letting in lots of migrants come in at a time when there’s going to be a lot of grudges when they cut off Job Keeper and Jobseeker payments. They want to be able to say that see - we have locked down the border and we are tough on our migration, so Aussies can have those jobs,” he adds. Pradeep Dahiya with his wife.
Supplied

Stuck in north India since March, Pradeep Dahiya who had travelled to Haryana to get married is also considering migrating to Canada along with his newly-married wife.

The 32-year-old who had travelled on a Bridging visa while waiting for his residency says he has lost all hope of returning to Australia.

“My bridging visa has expired, and I haven’t heard from the Australian immigration on my permanent residency application since I lodged it a year ago. The way things are panning out thanks to the pandemic, I don’t think it’s going to be processed anytime in the foreseeable future,” he says.

Tired of waiting, Mr Dahiya has now initiated his application process to move to British Columbia where his cousin lives with his family.

“The Australian dream is more or less over for us. We have initiated the process and have been told that we have high prospects of being invited under Canada’s skilled worker program,” he adds.

The difference in policies:

Just before the pandemic upended lives in Canada, its government had announced in March that it would be welcoming 341,000 migrants in 2020, as part of its multi-year levels plan to take in one million permanent residents over the next three years.

While in Australia, the permanent intake was scaled down from 190,000 to 160,000 immigrants annually for four years, a cap that was imposed by the Morrison government in 2019.

Drawing attention to these policies, Punjab-based migration agent Navjot Singh said that while the circumstances around pandemic are rapidly evolving, each country’s response towards its migrants both onshore and offshore will weigh in heavily upon their choices once the crisis passes.

“Let me make it very clear that this shift towards Canada isn’t because there aren’t enough opportunities in Australia, but this narrative has been largely fuelled by the government’s policies towards its temporary visa holders who are currently feeling dissuaded with their constant calls to go home, not getting access to the coronavirus supplements and foremostly is being driven by visa holders who have been shut out by the border closures,” said Mr Singh.

"It's also important to note that Australia's travel restrictions are way stricter than Canada's, which is allowing foreign workers to return as long as they have a valid work permit,” he added. 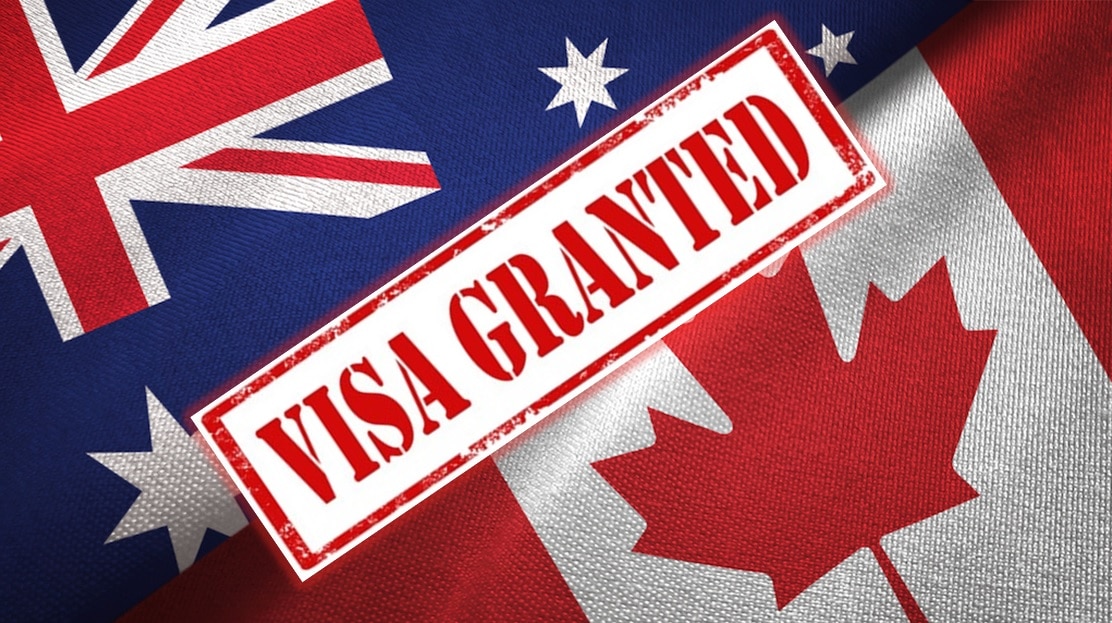 Prabh Randhawa, founder of a migration consultancy who has been in the business for over a decade had a slightly different perspective.

He said in the Indian market, the shift towards a certain country is largely driven by the narrative promoted by migration agents and stakeholders in the industry.

“Here in India, the herd mentality is dominant. While the destined country’s policies do have an impact, the choice is largely shaped by the narrative of the agents. If an agent says Canada is good, people start applying to migrate to Canada and if they say Australia is good, the demand will surge for people looking to move Down Under.

“And this is something that constantly keeps changing and has less to do with the opportunities offered by either Australia or Canada,” he said.