Several Cameleers who came to Australia settled in the outback with Aboriginal peoples.

Talking to SBS Urdu, Dr Jones says that there were several young men who came to Australia with the cameleers during the 19th century.

“We had young men coming to Australia mostly with their brothers [as cameleers]. But a lot of them were not married or attached [to women back home].

“Many of these men formed relationships with Aboriginal women.

“There are several examples of men forming deeper and long-lasting relationships with Aboriginal women and from these unions came children."

This year’s theme ‘Voice. Treaty. Truth. Let’s work together for a shared future’ acknowledge the elements to reform set out in the Uluru Statement.

In the nineteenth century, Australia witnessed a large influx of the ‘ships of the deserts’ (or camels) in their outback.

These camels provided a great alternative for the transportation of goods between several states, cities, and towns in Australia.

Although requiring lower maintenance than horses, the desert animal required special care and handling,  and was managed by the ‘cameleers’.

These cameleers came from the Afghan (now Afghanistan) and North Indian region which is now called Pakistan. Are there similarities between Aboriginal and South Asian music?

Dr Jones has researched and written extensively on camel expeditions that later became businesses in the 19th century.

“Till the 1840s the Europeans weren’t able to reach the centre of Australia or anywhere near it.

“One of the reasons was the fact that horses required watering at least once a day which was the case with bullocks too. So the main reason was the lack of water. Plus they were unable to survive summer months or in some cases winter.

“The camels were ideal for these conditions.

Many of the Europeans came via the Middle East or Indian region at that time. What they realised was that the camels were ideal in the Afghan and Pakistan region’s arid lands.

“In 1850s, there were several expeditions to bring camels to Australia.

“When the camels arrived in Australia, it was realised that it was a highly skilled operation. You needed the skills and knowledge to look after the camels and see their welfare day after day during the long trip of the bush.

"Therefore for every 8 to 9 camels, one cameleer was required.

“I worked with an elderly Aboriginal man whose father was an Afghan cameleer. He also took up the camel business, as they called it.

"They used to take supplies from Marree, which then ahead of the railway line in Central Australia, in the 1890s to Cooper Creek. That was 300 kilometres to the north and used to take him about three weeks.” 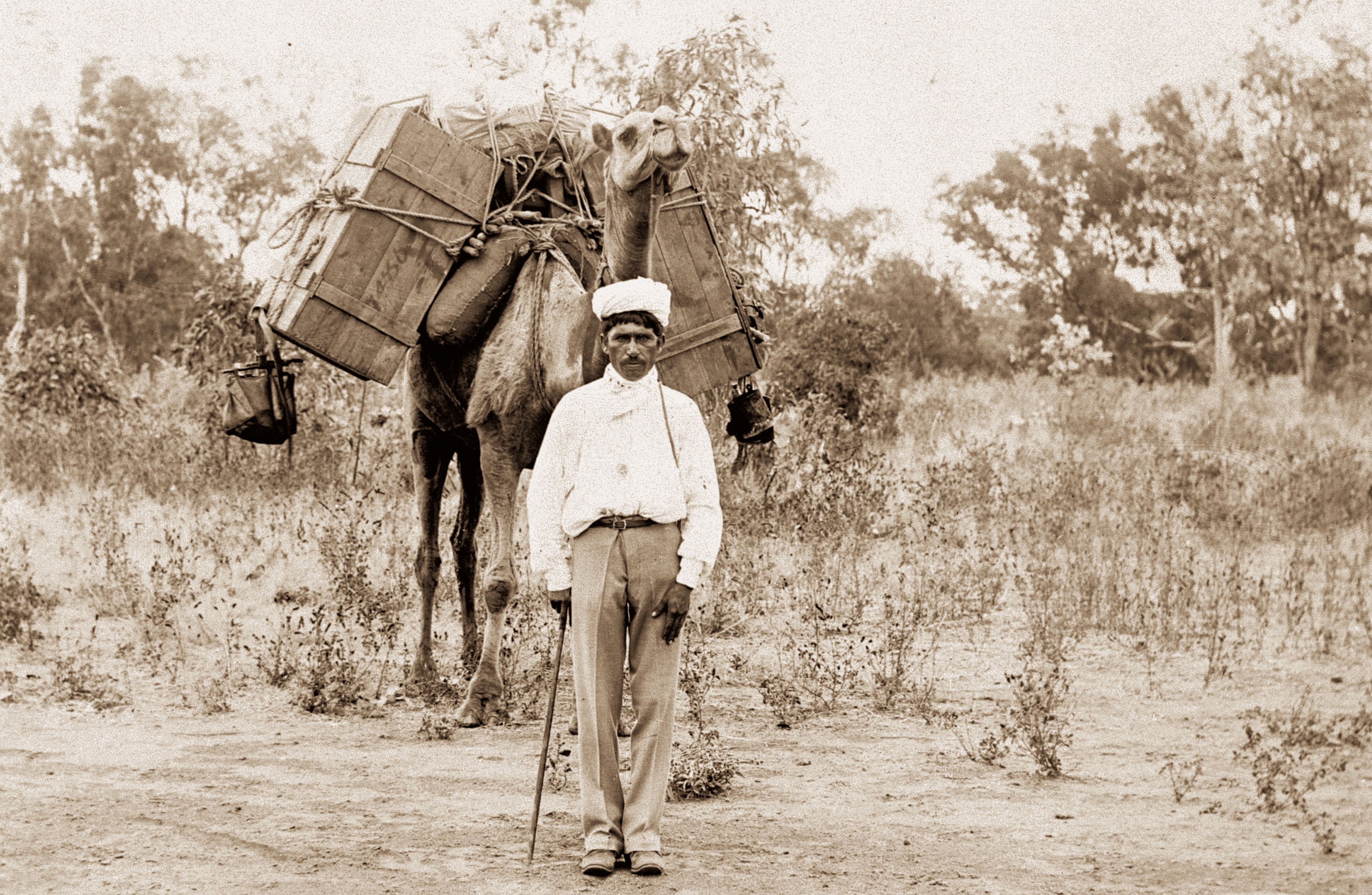 Islam and the Aboriginal community

Dr Jones says the children out of the unions between the cameleers and Aboriginal women formed a new generation with knowledge about Islam.

“This was a new generation of young men and women who grew up, knowing more or less, about the Quran and Islam.

“They certainly went to Quranic schools and hanged on to that religion probably most of their lives, until now till mid-20th century; some not, but some more than others.

“What I meant was that Islam had a foothold in Australia from that point, and the very first mosque in Australia was built in Adelaide around 1889 – 90 and opened in 1891." Dr Jones said.

“There is evidence that Aboriginal people were certainly curious about Islam. But because of the strength of their mythological traditions and spiritual forms, was such that Islam really never took off in that period.” A Baluch Afghan cameleer came to Australia and set up a sheep station in the outback. Meet the fourth generation of a Baluch Afghan cameleer