Australia’s Deputy Chief Medical Officer Prof Michael Kidd has said the federal government is considering mechanisms for recognising those vaccines which have so far not been approved for use in the country by the Therapeutic Goods Administration (TGA).

This comes close on the heels of a recent report by SBS Hindi reflective of vaccine-related concerns amongst Australian residents returning from India.

The report had mentioned the government’s disapproval of coronavirus vaccines currently in use in India and the resultant disappointment amongst those Australian residents who had already taken it.

Responding to queries from SBS Hindi, Professor Kidd acknowledged that those who have returned to Australia after taking one vaccine dose overseas are unsure about their second dose.

“We’re closely following what’s happening in other countries as well as vaccinated populations with particular vaccines. At the moment, the question is whether people should accept the vaccine available to them or delay it,” Professor Kidd told SBS Hindi.

“Clearly, if you’re in a country like India, where there is a significant outbreak and significant community transmission, it’s important that vulnerable people are protected.

“So, the advice is to get protected with the vaccines available for use in that country. When you come back to Australia, hopefully we’ll have more information about what it means to be vaccinated with individual vaccines,” Professor Kidd added. Last Week, SBS Hindi had highlighted concerns amongst returning Australian citizens and permanent residents who had taken their first vaccine dose in India but were unsure about the second dose after reaching Australia.

The Department of Health had then told SBS Hindi that TGA has not approved COVID-19 vaccines like Covishield, Covaxin, and Sputnik V, which are currently use in India. This had left returning travellers confused.

Residents stranded in India have awaited further advice from the Australian government till now. Gourav Dhillon, a temporary resident currently stranded in the north Indian state of Haryana, told SBS Hindi that he is still confused.

“First the Australian government said they don’t approve COVID-19 vaccines currently being administered in India. Now they say we should take whatever is available in the country. I have taken my first dose of Covishield, which is the Indian-made AstraZeneca, but now I’m not sure what to do,” he said.

“I will probably not get the second Covishield dose in India and rather get the Pfizer vaccine after arriving in Australia,” Mr Dhillon added. “If the first vaccine has been AstraZeneca or Pfizer, then we have guidance as to what to do. But if it’s not, then people will need to discuss with their trusted medical advisors. Some vaccines, including Johnson and Johnson, require only a single dose.

“If you are getting vaccinated overseas, please make sure you have a record of what that vaccine is. You should take the evidence of that first dose of a COVID-19 vaccine with you when consulting a health professional in Australia about your options,” he said. 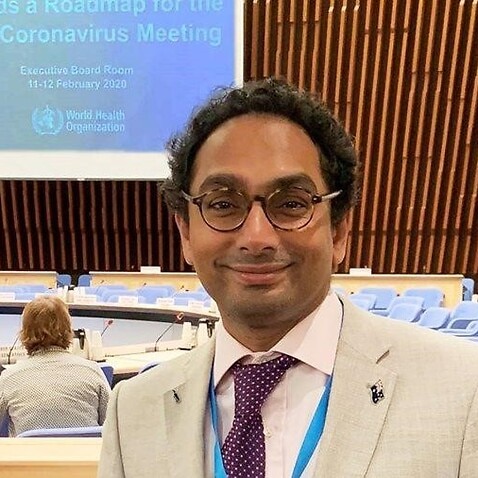 Professor Kidd said this advice could change as they learn about the effectiveness of vaccines used overseas.

“We’re closely following how protective each of the vaccines is around the world and how protective they are against the Delta variant, which is of great concern in Australia and many other parts of the world,” he said. Which COVID-19 vaccine is safe for pregnant women?

On the approval of the Australian-manufactured AstraZeneca vaccine in Europe and by the World Health Organisation (WHO), Prof Kidd said the government is working with international partners.