For the first time ever, the Indian Air Force is participating with fighter aircraft in Exercise Pitch Black 2018, scheduled from July 24th to August 18th in Australia.

This is the first time the IAF is participating in this exercise with fighters & C-130 aircraft.#ExPitchBlack18 pic.twitter.com/By10fU03oI

#PitchBlack2018 : The IAF contingent is thoroughly briefed on arrival at Darwin, Australia.
The preparations are ON for the Exciting Sky Soaring International Exercise, commencing 27 Aug 18.#ExPitchBlack18 pic.twitter.com/1nmAXNv53F

The contingent is being led by Group Captain CUV Rao VM and would aim to undertake simulated air combat exercises in a controlled environment and mutual exchange of best practices towards enhancing IAF operational capability, the Indian government release said.

“In Australia, the IAF will participate in the mega exercise, which will involve over 100 aircraft from around the globe.

“The exercise will provide a unique opportunity for exchange of knowledge and experience with these nations in a dynamic warfare environment.

“Participation in multinational air exercise assumes importance in view of the continued engagement of the IAF with friendly foreign countries. 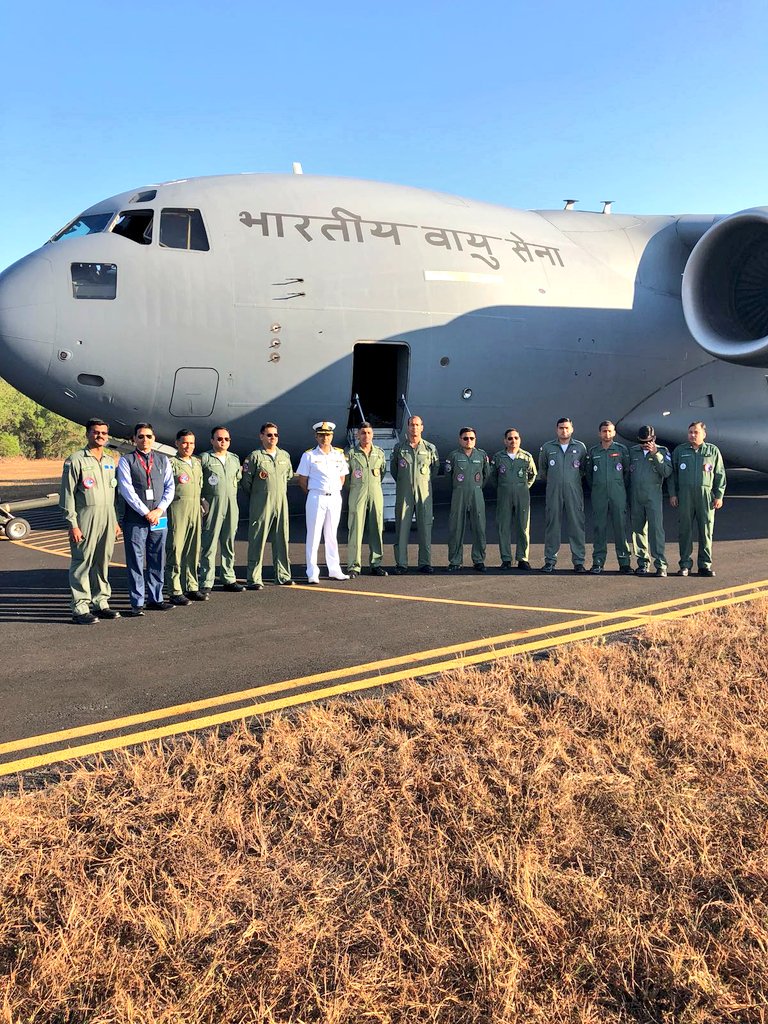 “During the flight from India to Australia and back, Su-30 MKI will carry out air to air refuelling with IL-78 tankers.

“After completion of the exercise, on its return leg from Darwin to Subang, Su-30 MKI will be refuelled in the air for the first time by RAAF KC-30A. Over the last decade, IAF has been actively participating in operational exercises hosted by various countries, wherein collaborative engagements undertaken with the best air forces in the world.

During the transit to Australia, IAF contingent will also have constructive engagement with Indonesian and Malaysian Air Forces.