Up to 70 international students from China, Japan, Vietnam and Indonesia will touch down in Darwin on 30 November, leaving hundreds of others stranded in countries around the world anxiously waiting for their turn to return to Australia.

Northern Territory’s Charles Darwin University is set to become the first university in the country to pilot a program to bring back its international students after universities in South Australia were forced to press pause on their student return plan in the wake of growing coronavirus infections in Adelaide.

The first batch of students will be travelling to Darwin from four countries that have permission to transit via Singapore, while the remainder of Australia’s 135,000 students stranded offshore will have to wait until next year for their turn to return to the country.

Confirming the development, a CDU spokesperson told SBS Punjabi that those returning are a mix of new and currently enrolled students in a range of VET, undergraduate, postgraduate and PhD programs including Law, Nursing, IT, Teaching, Accounting and Engineering.

“Students are travelling from countries which have permission to transit via Singapore. Continuing students have also been given priority,” said the CDU spokesperson.

The spokesperson said that almost 90 per cent of approximately 70 seats on the Singapore Airlines flight have been filled, with the remaining seats are expected to be confirmed in the coming weeks. 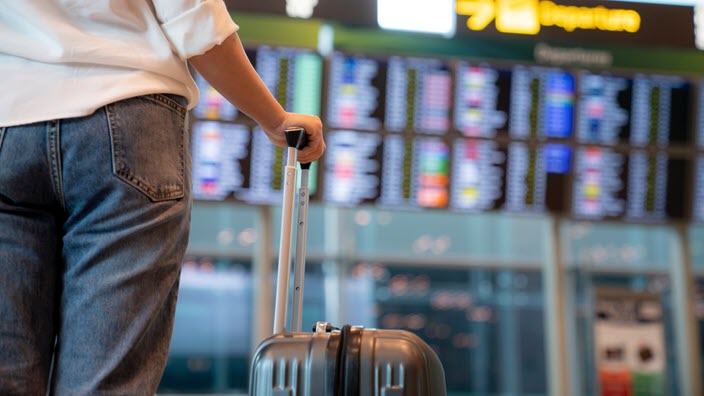 'All aspects relating to health and safety will be maintained'

CDU Deputy Vice-Chancellor Global Strategy and Advancement, Andrew Everett said the flight which was originally scheduled to land in Darwin in mid-November was rescheduled to arrive on 30 November to allow students extra time to get visas.

“The students are excited to come or return to the Northern Territory to study, and CDU is looking forward to welcoming them on campus, once they have been cleared by the Chief Health Officer,” said Mr Everett. He added that all returning students will be immediately transferred to a government facility at Howard Springs for 14 days of mandatory quarantine upon arrival, to ensure there is no threat to the health and safety of the local Darwin community.

“CDU is adhering to the advice of the Chief Health Officer on all aspects relating to health and safety, including pre-departure health requirements, COVID-19 testing and quarantine upon arrival. CDU staff will also deliver pastoral care to support students’ wellbeing,” said Mr Everett.

What about students from India?

India is one of the most significant sources of international students for Australia and it comes as no surprise that at least 6,600 of Australia’s currently enrolled are stranded in India and now desperately awaiting their turn to return and resume their studies on campus. Aman Singh who has been stuck in the northern Indian state of Punjab since March said the government must extend their selection of students as part of the pilot programs to India as they are currently feeling “ignored and sidelined.”

“The Australian Government must give us a chance to return as part of the pilots as we are also ready to pay for our tickets and mandatory 14 days quarantine like students from China or South East Asia. You can’t keep us hanging for eight months,” he said.

When questioned if students from India will be allowed to return to NT as part of the pilot, a CDU spokesperson said they will be given a consideration early next year.

CDU has many international students in India who we would like to have them studying back on-campus with us. We are working with the Northern Territory Government on a proposal to bring more students back to CDU in early 2021

Other states, including NSW and Victoria which are home to the largest cohort of international students from India, are also currently working on plans to bring back overseas students to the campuses in early 2021, but haven’t yet committed to a timeline.