SBS Mandarin is closely monitoring the staging of Lunar New Year events across the country amid concerns over the coronavirus.

As fears grow over the spread of the coronavirus in Australia, extra focus has been placed on whether Lunar New Year events will go ahead.

This year, Lunar New Year was marked on Saturday, January 25, however, events are scheduled to take place in late January and early February.

Check below to make sure the event in your city is still taking place, or if it's postponed.

The City of Ryde Council has postponed this event due to "current community health concerns".

An update on the council's website said their Lunar New Year Sub-Committee would meet in due course and reschedule the event. WHAT: Chatswood Year of the Rat Festival (still on, but closely monitoring)

Chatswood is hosting a three-week festival to ring in the Year of the Rat and wave goodbye to 2019.

The suburb is set to host the Chinese New Year Celebration Day on February 1. The Chatswood CBD will come alive with Chinese Opera, magic shows, face changing and one of Sydney’s best lion dance performances. The event organisers told SBS Mandarin that they were "closely monitoring" NSW Health and federal government advice about coronavirus.

"At this stage, they [NSW Health] have not advised cancelling public events and so our Year of the Rat Festival will continue as planned including the Celebration Day on February 1 and Twilight Parade on February 8 in Chatswood," a spokesperson said.

"We have shared health information and updates on our social media pages and encourage residents to adhere to advice from NSW Health, which can be found on their websites."

WHAT: Lunar Lanterns (still on)

If larger than life lanterns are things that you enjoy, don't miss these 12 installations. The 12 Chinese Zodiac animals will light up around Sydney’s famous harbour. A spokesperson from the City of Sydney Council said: "At this stage, there have been no changes to our events, and we take the advice of state and federal health departments." The SBS van will be in attendance at this community event.

Parramata Council issued a statement following the postponement: "Due to community and performer concerns about the new coronavirus, City of Parramatta has decided to postpone its Lunar New Year celebrations on Friday, 7 February. Please keep posted for any future updates."

The cultural festivities will feature the God of Fortune, lion dancing and loads of exciting entertainment for the whole family.

WHERE: Little Bourke and Russell Street

Celebrations are still scheduled to take place for this event, which the SBS van will be attending. 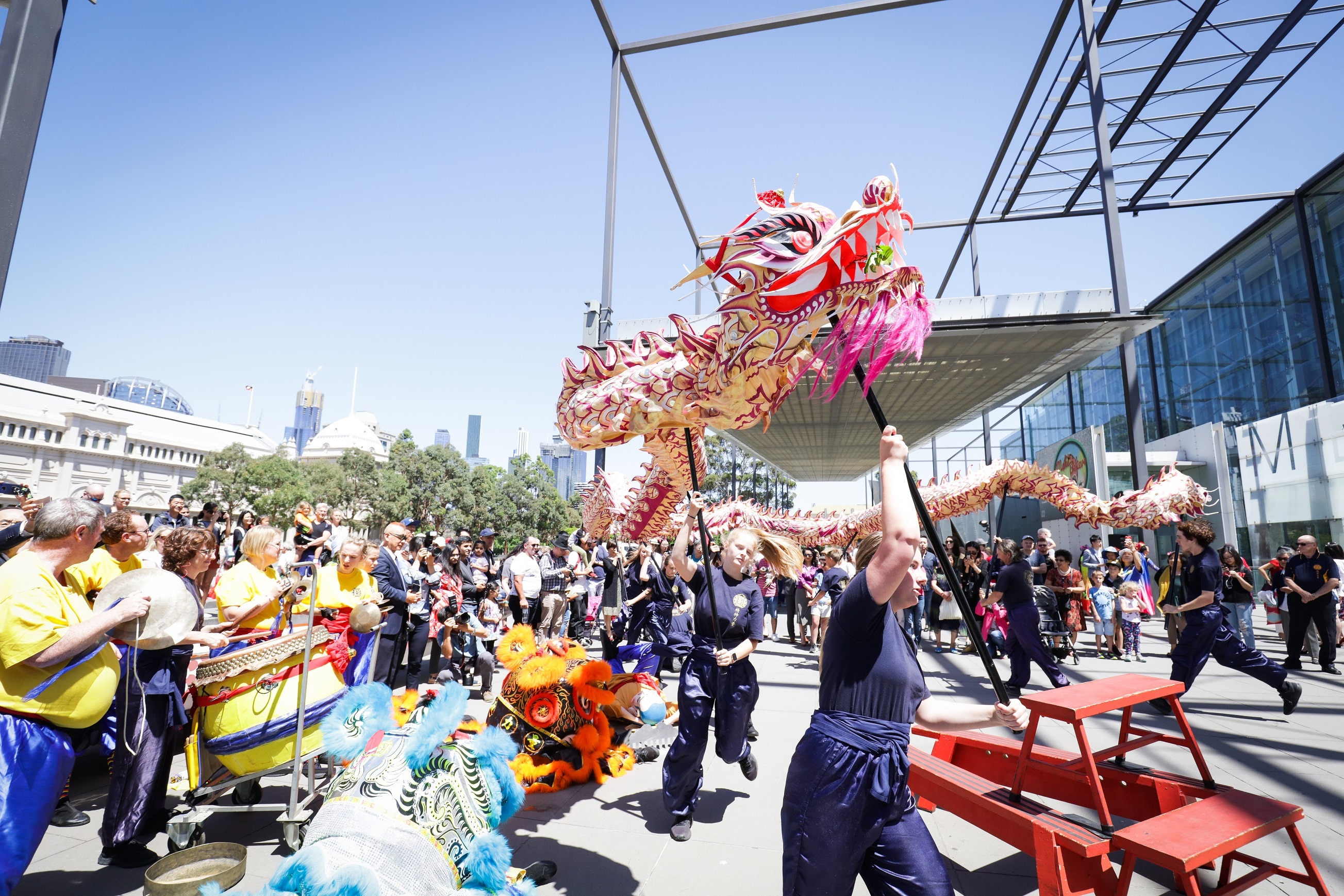 WHAT: Tet Festival Sandown (Still on)

At this TET Festival, there will be a selection of authentic Vietnamese and other South East Asian food stalls, as well as two stages featuring a diverse program of entertainment. The SBS van will be in attendance on February 1. 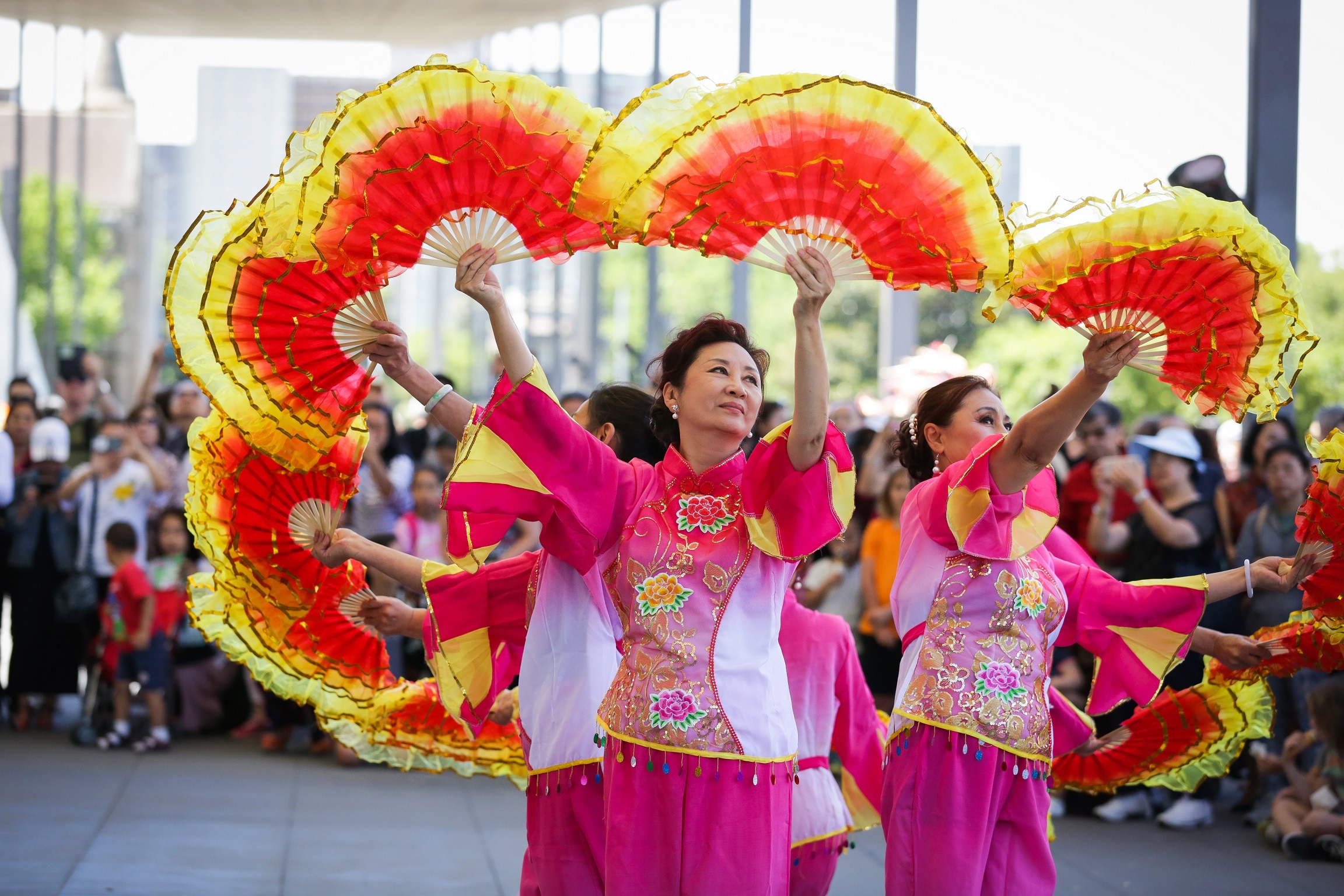 Planned performances at Adelaide Festival Centre for Chinese New Year have been postponed, due to travel restrictions from China, artists’ availability and concerns for the health and safety of audiences, artists and staff.

This affects the performance, cultural showcase and craft workshops for the Chinese New Year Chamber Music Concert on January 31 and both performances of Three Monks in the Space Theatre on February 8.

A spokesperson from the centre told SBS Mandarin: "We hope to reschedule these performances to a later date and will be in contact with audiences once this has been arranged. In the meantime, all tickets already purchased for these performances will be refunded. Ticket-holders are being contacted directly."

WHERE: Northbridge Piazza, along James Street and at the Perth Cultural Centre.

The event will start with fire-crackers and street parade, followed by live performances. It will also feature eateries, bars and pop-up vendors.