Kurdish author, journalist and human rights activist Behrouz Boochani has been appointed as a visiting professor of Law at one of London's top universities, despite being detained in PNG.

Asylum seeker Behrouz Boochani is expected to commence his role as visiting professor at Birkbeck Law School at the University of London in late September.

The Kurdish writer of the award-winning autobiography, No Friends but the Mountains; Writing from Manus Prison, which described his perilous journey to Christmas Island and his subsequent incarceration, has been detained in PNG for more than six years.

He, along with other Manus detainees, were transferred to Port Morseby, where they have been given accommodation.

The UK appointment, which is Mr Boochani's first at a European university, is set for a period of three years. He says that the primary aim of his academic endeavours is to inform the Australian public about the situation that asylum seekers face in Australia's off-shore detention centres.

"I always write my work in a way that the researchers and academics engage, and I think that this is really important," he tells SBS Kurdish.

Like his previous literary involvements, Mr Boochani will embark on his new role via correspondence, as he is not allowed to leave PNG.

"So far I have attended many classes and speak with students directly, and I do all of this via Skype. So I will continue to work in the university because I believe that right now, after six years, it is really important that we transform this experience and this story to the young generation, and I am really happy to work with the students and the young generations," he says.

"It is a mission, and our way to work, produce more work and do research. From what I understand this exile policy is not that simple."

We are delighted to announce that @BehrouzBoochani has been appointed as Visiting Professor at @BirkbeckLaw. We will be hosting a series of events featuring Behrouz's work including a launch of No Friend But the Mountains in Spring 2020 https://t.co/fwIe9hbYXR

The Dean of the School of Law at the university, Professor Stewart Motha, says Mr Boochani will be a great asset to the institution.

“During his internment on Manus Island, Mr Boochani has survived great hardship and humiliation to become the most internationally recognised and respected voice of prisoners in the Australian ‘gulag archipelago’," he says.

"His book No Friend But The Mountains gives us an intimate and deeply insightful account of the degradation and suffering that arises from being used as a human weapon to protect the Australian border. I have personally seen the extraordinary educational and transformative power of his work when discussing it with students. We urge the Australian Government to end its cruel and degrading treatment of refugees.” 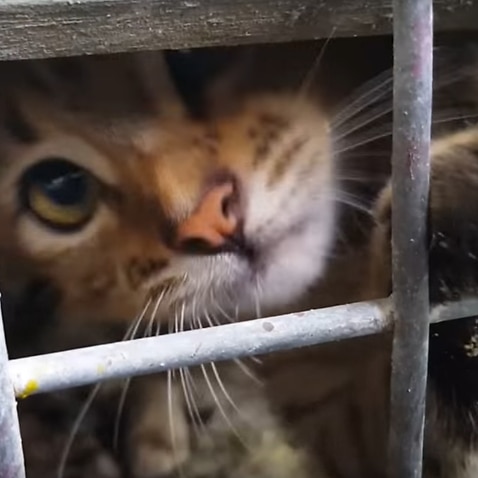 Mr Boochani’s writing is already considered as required reading at Birkbeck, including his work on state violence and human survival and resistance, with a particular focus on immigration detention and Pacific geopolitics.

He is set to participate in a number of events at the university's Centre for Race and Law, which will include research and public engagement symposia on the legality and politics of immigration detention, the first of which will be the UK launch of his book in early 2020. The co-directors of the Centre for Research on Race and Law at the institution, Nadine El-Enany and Dr Sarah Keenan, describe Mr  Boochani as a "fearless, innovative writer whose work on migration and colonialism in the southern Pacific offers field-changing insights for scholars across a range of disciplines".

"We are hugely inspired by Mr Boochani’s work and it is an honour for us to welcome him to the Law School and the Centre for Research on Race and Law. We very much look forward to working with Mr Boochani and continuing the fight to end Australia’s systematic torture of refugees.” 'Historic moment for refugees on Manus and Nauru': Behrouz Boochani

Mr Boochani says he's been working contentiously with many academics and universities around the globe.

"So far I think we have had more than one hundred events only over the past six months," he explained.

He says that despite the "unchanged" Australian detention policy, asylum seekers have managed to achieve some positive outcomes, and the civil society should continue to "fight" for the rights of refugees.

Asylum seekers on the island have been transferred from Manus Island to Port Moresby, where they have been provided with accommodation.

According to Mr Boochani, there are approximately 320 men that are still in PNG, and around 50 have been imprisoned in Bomana Prison in Port Moresby, as their refugee applications had been rejected, a move he says is "very concerning".

"The whole process was very unfair...and more than 20 people were not processed at all, how do they know they are not refugees?"

Mr Boochani says that about 80 of the asylum seekers remaining in PNG have been granted asylum by the US, as part the US-Australian transfer deal signed by former US President Barack Obama.

Mr Boochani confirms that he is set to meet with US officials in Port Moresby this week, however his fate remains unclear.

In the meantime, he intends to continue his research and academic work via his mobile phone and wishes that one day soon he will be able to participate in the events in-person.

Also in September, Mr Boochani was appointed adjunct associate professor in the Faculty of Arts and Social Sciences at the University of New South Wales, Sydney.

Click here to listen to the interview in Kurdish.