Our new series rediscovers notable Italian-Australians from the 1800s and 1900s. Laura Mecca, former director of the Italian Historical Society in Melbourne, helps us remember the story of Maria Teresa Viganò, a painter, and her husband Mario, who founded renowned Melbourne restaurant 'Mario's' in the 1930s.

Maria Teresa Ferrari was born in Milan in 1884 in a well-to-do family. Aged 27 she migrated alone, an extraordinary fact for a woman at the time, to Canada, where she met and married Mario Viganò, who also came from the Lombardia region.

After WWI the couple moved back to Italy, but, due to Mario’s anti-fascism beliefs they didn't stay there long and after only a few years relocated again from their home country together with their three children. Australia was their destination of choice, where they arrived in 1928. A few years later they opened Mario's which was soon to become one of the most influential Italian restaurants in the country.

Laura Mecca, former director of the Italian Historical Society of Melbourne tells SBS Italian the story of this extraordinary couple, who made a mark on the hospitality industry and Australian culture as a whole.

When he first arrived in Melbourne, Mario initially found a job as a waiter at Collins street’s Scott’s Hotel before becoming co-owner of a catering business. A few years later he acquired the business licence and then bought the Melbourne Club Hotel, at 198 Exhibition Street: it was at this address in 1932 that he opened Mario’s.

After an initially slow start, the restaurant slowly took off until it could seat 200 people. The menu included typical Italian dishes, a novelty since at the time French cuisine was still the most popular. But Australians took to it. Cooks and chefs were recruited by Mr Viganò from Italy with the wait staff also including many Italian migrants.

Prices were affordable, the service impeccable and the restaurant soon became the place of choice for special occasions and family celebrations, especially among Australians.

The closeness to Melbourne’s theatres contributed to its popularity among artists and theatre-goers. Mario’s quickly became the most popular Italian restaurant in Melbourne, if not Australia.

After leaving Italy Maria Teresa, who had three young children to raise and was actively involved in running the restaurant, had to put her side-passion for painting aside. Mario’s was a full-time team effort, and the restaurant owes part of its success to Maria Teresa.

After reaching a certain degree of comfort, in 1934 the Viganòs decided to buy 35 hectares in the northern suburb of South Morang. They built a lovely country home, which would come in handy during WWII as its orchard and veggie garden also provided food for the restaurant. This was hard to find at the Queen Victoria Market after many Italian farmers from Werribee had been interned as "enemy aliens."

Mario and Maria became Australian citizens in 1933, so they were lucky to not face this same fate of other Italians down under.

In her country home Maria Teresa also created an artist studio overlooking the Plenty River -  and after many years went back to her passion, painting beautiful landscapes and still-lifes.

In 1936 Maria presented in Rome her first exhibition as part of a cultural event titled “30 years of painting in Australia”.

In 1955 Mario acquired The Latin restaurant from the Triaca family and moved its Mario's to 206 Exhibition Street. He continued to recruit excellent cooks from Italy, among whom Pietro Grossi, who arrived in 1960. Pietro would later buy with his son Guy the Florentino restaurant, which is still one of the most famous Italian restaurants in Australia.

Photos below: Reproduced with permission of Co.As.It. – Italian Historical Society 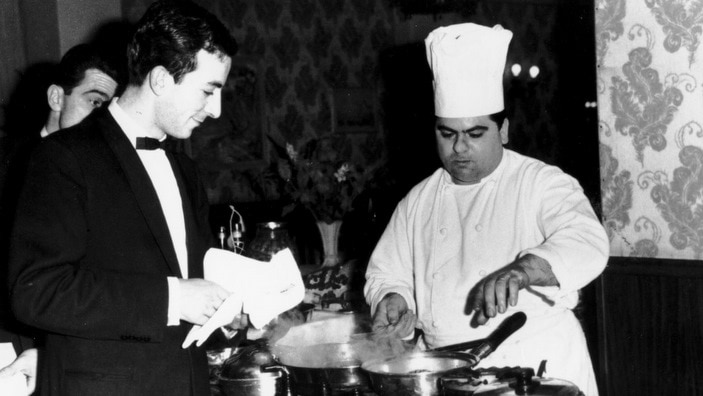 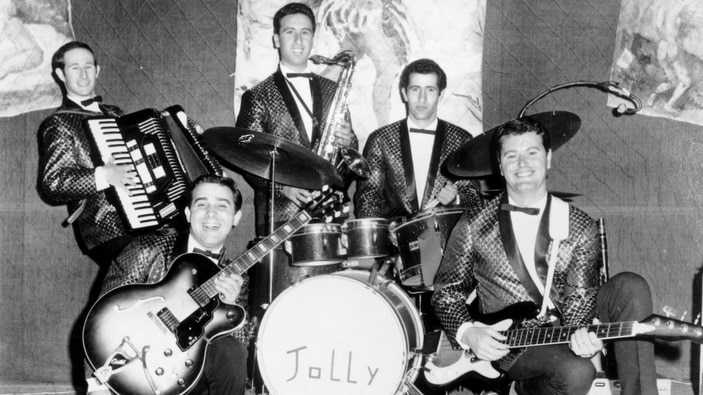 Maria kept up her painting and in 1965 a personal exhibition was dedicated to her at the Victorian Artists’ Society in Albert Street, East Melbourne.

Unfortunately Mario died suddenly in 1966 in his restaurant: it was a great loss for his family and clients, but also for Melbourne’s hospitality industry.

His son Freddie Viganò opened a new Mario’s in Brighton, in 1968, which operated till 1989.

Viganò’s dynasty continued with their grandchildren Patricia e Mietta O’Donnell and their famous restaurant “Mietta’s," located behind the Parliament in Melbourne. After the eponymous Mietta’s tragic death in a car accident in Tasmania and the restaurant’s closure, her sister Patricia opened another famous restaurant in Queenstown, which no longer exists.On Mietta’s walls there were several paintings by nonna Maria Teresa.

Maria Teresa, who was also know as Madame Vigano, lived until 1969 to be 85-years-old.

Maria Teresa and Mario Viganò are important pillars of the history of the Italian-Australian community. A photo of Farm Vigano, which used to be home to iconic Melbourne restaurateur Mario Vigano of Mario's in Exhibition Street and his wife, Maria Teresa.
facebook.com

Do you want to practice your Italian? Here’s our interview with Laura Mecca about the Viganos.

Special thanks to the Italian Historical Society of Melbourne for the archival photos provided for this article.