With the Brazilian women's football team in Australia for two friendly matches against the Matildas, SBS Portuguese speaks to Brazil’s all-time leading goal scorer and four Brazilians living in Australia about the contrasting opportunities for women in the two countries

Although the Brazilian national team lost to the Matildas by 3-1 on Saturday, Marta Vieira da Silva says it was a joy to be up close with Sydney’s expat Brazilian fans.

"Bringing a little bit of our culture to Brazilians who live here is motivating," says the 35-year-old striker, who is Brazil's top international goal scorer of either national team and six-time FIFA Women’s Player of the Year.

"Obviously our wish was to achieve a different result, but we always try to convey emotion through sport to our people." The Brazilian women's football team wave to the crowd in Sydney, on Saturday, after the first of two friendlies against the Matildas.
Thais Magalhães/CBF

During the first of two friendlies, Matildas captain Sam Kerr was lauded for unselfishly teeing up Claire Polkinghorne to score the opening goal of the match.

Despite her goal scoring heroics putting her in the spotlight, Marta has also earned a reputation for unselfishly assisting the next generations of players in Brazil and fighting for gender equality in the sport.

"You can't get anywhere by yourself. We have to put aside selfishness and vanity to ensure everyone wins," she tells SBS Portuguese.

It is important to use the sport we practice to spread opportunities for everyone, equality for all.

Brazil is synonymous with the world game. The South American nation has won the Men’s World Cup a record five times and its assembly line of superstars is seemingly endless. However, despite Marta and her teammates’ efforts, women football players are not afforded the same opportunities as their male counterparts. Marta playing against the Matildas during the first of two friendlies in Sydney, on Saturday.
Thais Magalhães/CBF

"Women still face difficulties due to misogyny and prejudice, which prevents gender equality in sport and life," Marta says.

"In Australia, men don't get in the way of women"

"Women's football in Australia is bigger than in Brazil because the men here don't get in the way," says Edu Vieira, a Brazilian sports journalist who has been based in Melbourne for around three years. "In Australia, men don't get in the way of women," says Edu Vieira, a Brazilian sports journalist who has been living in Melbourne for three years.
Supplied

Edu - who was born in the same state as Marta, Alagoas - says that in Brazil, football is so big for men that girls grow up hearing that they should not play.

He says this is in contrast to women’s football in Australia, which has steadily gained momentum since the 2000 Olympics in Sydney with the creation of a national league and more investment in the base teams.

Education in Australia is very sport-focused compared to in Brazil, he adds.

Journalist and Pilates instructor Carol Saldanha, who has been living in Australia for 15 years, says that while football is not such a popular sport in Australia, this means there is more space for women.

International student Bruna Oliveira has played football since she was a child in Brazil. She says when she arrived in Australia three years ago, she had no trouble finding teams to play for and today she turns out for local futsal and football teams.

Bruna highlights the inclusivity of junior sports in Australia.

"The good thing about Australia is that until a certain age, girls and boys train football together, and that makes a lot of difference, because then they are treated the same way, with the same opportunities.” International student Bruna Oliveira has played football since she was a child in Brazil. She highlights the inclusivity of junior sports in Australia.
Supplied

She adds, “In Australia, there is no strong men's team that "erases" the women's team".

"In Brazil, there is more investment in men's football because it gives much more financial return, because of the history, achievements and Brazilian culture of consuming men's football, which is the national sport.”

Carol and Edu both point to the relative success of the Matildas compared to their male counterparts, the Socceroos, as helping to encourage more young girls to pick up the sport, as well as attract funding, sponsorship and media coverage.

Importance of games being broadcast

Mariel Hecher is a professional footballer who hails from the south of Brazil. She plays in Australia for Lions FC in the NPL Queensland and Brisbane Roar in the A-League Women, where she is a teammate of several current Matildas.

She points to the importance of one thing in boosting the public's interest in women's football: television coverage.

"In Australia, TV will broadcast women's and men's A-League games every week equally. In Brazil, there are also TV stations that broadcast women's games, but at times when there's not much of an audience. This needs to improve for women's football to gain more sponsorship, which will happen when more people watch the matches."

On this subject, Edu recalls that during FIFA Women’s World Cup 2019, a whopping 1.39 million Australians tuned in to watch the Matildas battle it out during the opening weekend - almost double the visibility of the last tournament in 2015.

"If women's football is broadcast on TV, it will attract an audience. It will help the players come to be known."

Bruna says that even though she’s loved football since childhood, she did not follow professional women's football because the games were not shown on TV.

"My references were always male matches. It's only been the last two years that it has changed a little bit. Now the games of the state championships are televised, as well as the Brazilian national championship.”

This lack of representation can lead to unwanted comparisons between men and women.

Bruna says, "Sometimes when I tell someone I play football, that person might ask me if I really know how to play, if I know the rules."

Edu points out that in Brazil some people think women's games do not have the same quality, which he says is not true. "They're just different."

Despite these disadvantages, Bruna says there are some positive developments for women's football in Brazil, including big brands hopping on board.

"We need tools and incentives for women's football to grow. Otherwise, we won't get to the same level as men's football."

Mariel says men's and women's national teams should be treated equally, from accommodation to flights to medical treatment - all aspects considered in a collective bargaining agreement announced this year in Australia. Mariel Hecher is a Brazilian professional footballer who plays in Australia.
Supplied

In 2020, the Brazilian Football Confederation announced it would pay women and men the same amount in terms of daily rates and awards for representing the Brazilian national teams.

For Bruna, men and women who play football should be treated the same way. "It is not fair to demand the same results if both are not offered the same tools."

In Mariel's opinion, wage equality is something that should have been addressed much earlier.

"Marta is the greatest football player of all time. She’s scored more goals for the national team than Neymar or Pelé, and does not have the same financial recognition as the great players in men's football. We deserve to have the same salaries as them because we do the same things they do."

When Marta’s boot sponsorship deal expired before the 2019 World Cup, she refused to sign a new one, stressing that sponsors were not offering what they would offer male athletes. Instead, she opted to sport a symbol for gender equality on her boots during the tournament.

"Marta is a role model who wants to use her success to help others. It’s thanks to her that women starting today are able to envision a future as a football player,” Mariel says.

"For women's football to keep evolving, we have to change the mindset of people who think football is only for men. Football is also for women. Women's place is wherever they want." "Australian Stories": Brazilian academic from Sydney launches book in Portuguese with tips for those who want to immigrate to Australia 'She was dying and people were protesting on the streets': Brazilian community in disbelief over student's COVID-19 death 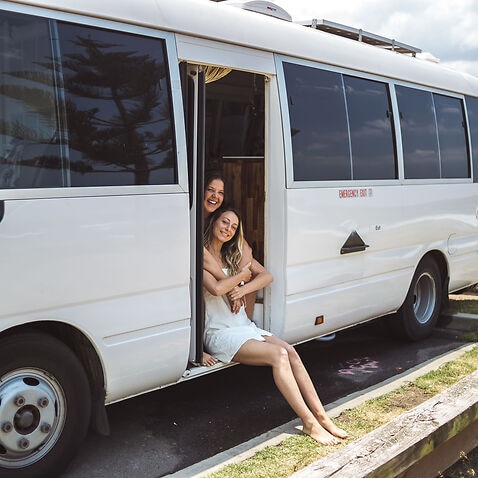 Brazilian from Sydney fulfils the dream of many Australians: live in a bus and work remotely