In their meeting, Prime Minister Scott Morrison also acknowledged the ‘incredible contribution’ of the Indian community in Australia.

In his first-ever meeting with Indian Prime Minister Narendra Modi, Prime Minister Scott Morrison hailed the 'incredible contribution' of the Indian community in Australia and said the Indian nationals were 'very much welcome' to become part of the Australia family.

“The Indian nationals who have migrated to Australia are now the single largest group who are now migrating to Australia and they are being embraced in a very open and supportive community.

“They are being very very successful and we very much welcome them to becoming a much greater part of the Australia family,” PM Scott Morrison said in his remarks during the bilateral meeting with Indian Prime Minister Narendra Modi on the sidelines of the East Asia Summit in Singapore on Wednesday.

While the two leaders discussed ways to further deepen the bilateral ties, including in areas of trade, defence and security, they also spoke about the recent rescue mission of an Indian Naval Commander and the upcoming visit of Indian President to Australia.

PM @ScottMorrisonMP and I reviewed the full range of ties between India and Australia. We spoke about ways to enhance economic, cultural and security ties between our nations. pic.twitter.com/z4GGYIzkVt

Narendra Modi expressed his gratitude to Australia and the Australian Navy for their help in rescuing Indian Naval Commander Abhilash Tomy, who was injured and his boat wrecked in a massive storm in the south Indian Ocean, approximately 1,900 nautical miles south-west from Australia’s Perth, while on his solo circumnavigation of the globe. Abhilash Tomy rescued from his damaged yacht, Thuriya, in the southern Indian Ocean. Tomy was injured and his yacht lost its mast in a storm on Friday.
AMSA

The Australian Rescue Coordination Centre at Canberra coordinated the rescue mission in conjunction with several agencies including the Australian defence department while the Royal Australian Air Force aircraft maintained a continuous watch till Tomy was rescued by a French fishing vessel in September. 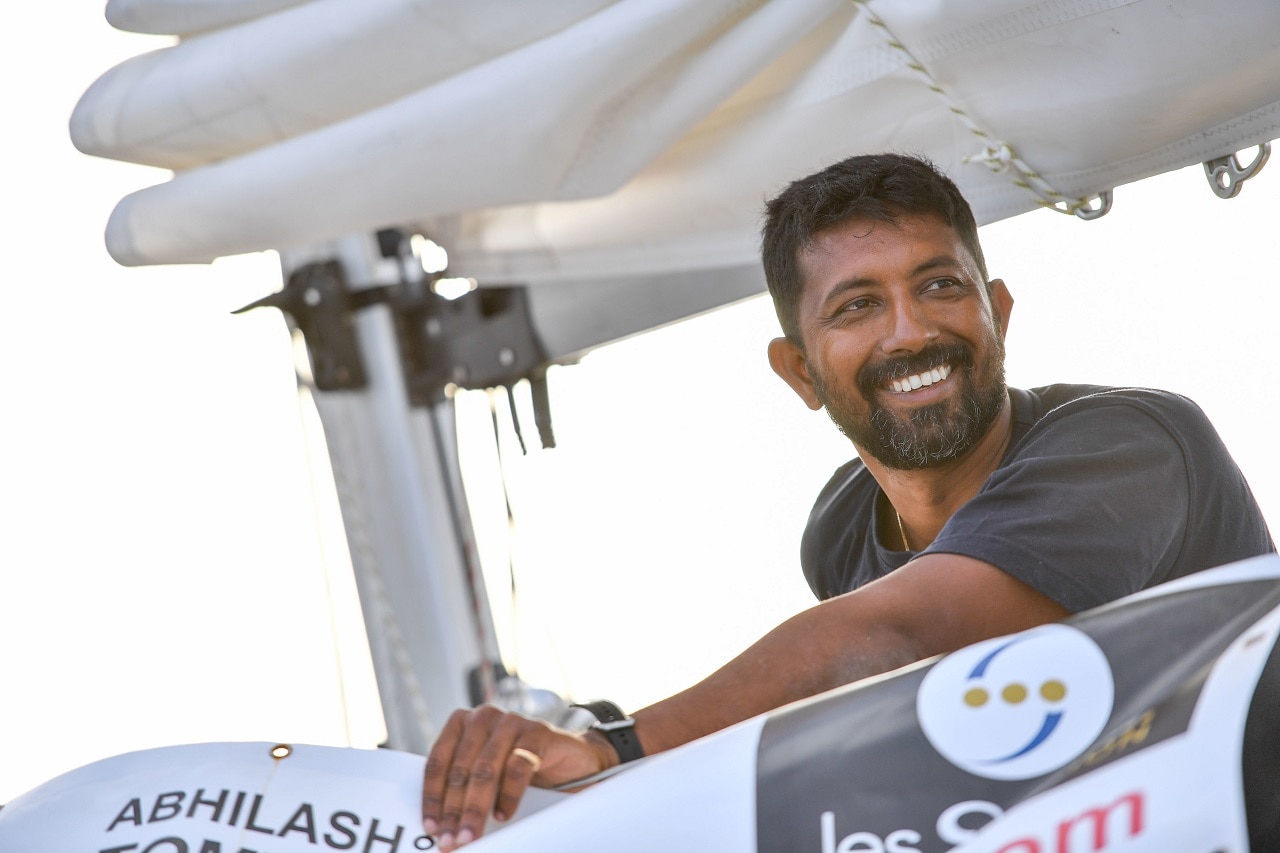 Abhilash Tomy on his yacht Thuriya off Lanzarote in the Canary Islands, June 2018.
AAP / Christophe Favreau

PM Morrison promised to pass the message of gratitude to those members of the crew who helped in the mission.

In their meeting, Mr Morrison acknowledged the ‘incredible contribution’ of the Indian community in Australia.

“Before starting, Your Excellency let me express my gratitude from the bottom of my heart to Australia and to the Australian Navy,” PM Modi.

“I was at the Deepavali festival last Sunday week and there were thousands and thousands of people out celebrating Deepavali and it was just a wonderful celebration of faith and family and that is what Australia is very much about and the Indian community in Australia is very vibrant, it is very strong as you know and is making an incredible contribution," he said. Prime Minister Scott Morrison hailed the Indian community when he attended the Diwali celebration in Sydney on Sunday.
SBS Punjabi

PM Morrison also said Australia was looking forward to welcoming the President of India, Ramnath Kovind next week in Sydney.

“He [President of India, Ramnath Kovind] will be hosted also by the Governor General but more importantly, he will be warmly welcomed by a very enthusiastic and strong crowd of Australians of Indian descent and I’m sure quite a few Indian nationals there as well.”