Nearly 164,000 of Australia’s 542,106 student visa holders were stuck outside the country on 10 January 2021, as per the latest figures revealed by the Federal Department of Education, Skills and Employment.

Dinesh Sheoran arrived in Adelaide in February last year when the first wave of the COVID-19 pandemic had just begun to affect Australians.

For the 23-year-old student from the northern Indian state of Haryana, the outbreak could not have been more ill-timed. He was forced to live his ‘Australian dream’ holed up in a room at his student accommodation while resorting to online studies after just a few days of the on-campus experience.

“I was already depressed when my university suspended all classroom teaching. But just when I was hoping things would look up, I lost my job as a kitchen hand at a local restaurant. That’s when I decided that I'd probably be better off in India," said Mr Sheoran, who left Australia last year.

Thousands of student visa holders who left Australia were from India

The latest government data reveals that at least 12,740 student visa holders who left Australia were from India, the second-largest source of international students to Australia.

The figures also indicate that New South Wales and Victoria, which together host the largest share of international students, have been worst hit by the exodus. While 60,394 students departed NSW, 56,824 left Victoria, resulting in an overwhelming loss of revenue and costing hundreds of jobs.

In response to SBS Punjabi's inquiry, the Department of Education, Skills and Employment said that the above data include a cohort of students who have finished their studies or are yet to start their studies. When can international students return to Australia? Here’s what the states are planning

Compounding the problem is that with international borders likely to remain closed for the foreseeable future, there is little hope of replacing the number of those leaving the country with new or existing students. 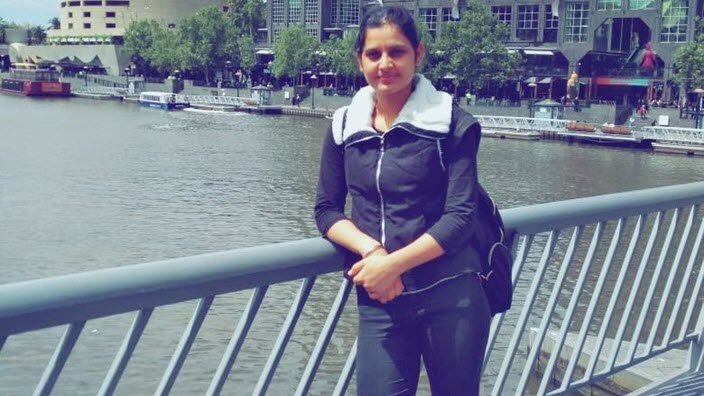 Nursing student Navjot Kaur Gill who left for India in March last year to attend a cousin’s wedding has been anxiously waiting to return to her campus life in Melbourne.

The 22-year-old said she chose to defer her degree until February this year as she was struggling to grasp the lessons online.

“I did not pay hundreds of dollars to study on a laptop. While I understand that some degrees can be easily completed online, nursing definitely is not one of them.

“I’d request the Australian Government to exempt international students from the current border ban on visa holders so that those who are already enrolled can finish their degrees,” Ms Gill said.

Former Deputy Secretary in the Department of Immigration Abul Rizvi said things are unlikely to change for international students stranded offshore unless the Morrison Government can come to an agreement with the states and territories to expand the country’s quarantine capacity.

“There are still close to 40,000 Australian citizens offshore, who have said they are trying to get home. And they would obviously have priority over students," he told SBS Punjabi.

“And if they do in fact decide to lift the ban on students in the coming months, while there is no doubt that a large number of students will return to the Australian shores, but then the question becomes at what level will the education sector bounce back to which will largely depend on the government’s post-pandemic policy towards international students,” Mr Rizvi added. 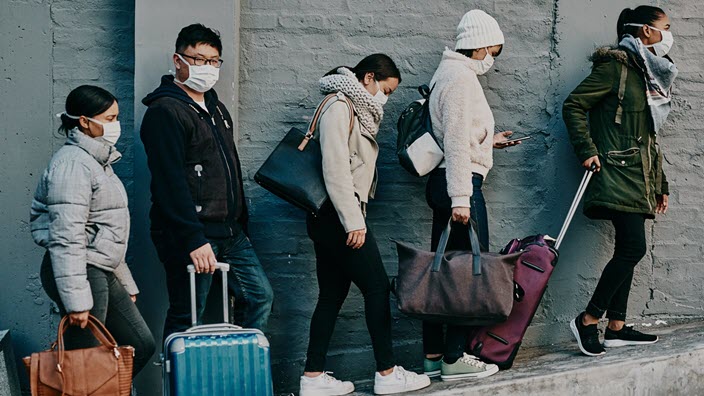 The latest on pilot plans for return of international students

Victoria’s Deputy Premier James Merlino today confirmed that the state continues to work with the Federal Government on a plan to fly back the state's share of international students, but stopped short of giving a timeline.

"Everyone would like to see it happen as quickly as possible and aligned with the timelines of our universities and our schools.

"It is one of our most significant service exports in our states, creates tens of thousands of jobs and opportunities. We want it to increase as soon as we can, but again that will be when it's safe to do so," Mr Merlino said.

NSW Premier Gladys Berejiklian acknowledged that the new strain of the virus might put the brakes on students returning.

"They're issues we do need to consider over the course of the year, but obviously there's been a pause on that because of the new strains of the virus," she told reporters in Sydney.