Just months after the government in Nepal criminalised the practice of banishing women to huts during their periods, the deaths of two women and two children in the space of one month have prompted activists to increasingly take matters into their own hands.

Earlier this month a 35-year-old woman and her two children died from smoke inhalation after lighting a fire to warm up a hut they were spending the night in.

Amba Bohara had followed the tradition of "Chaupadi" where menstruating women have to spend time away from touching any adult male and barred from entering the family house and participate in religious activities.

Now, just last week, on 30 January, Parvati Bogati lost her life in a similar circumstance in the far western district of Doti. 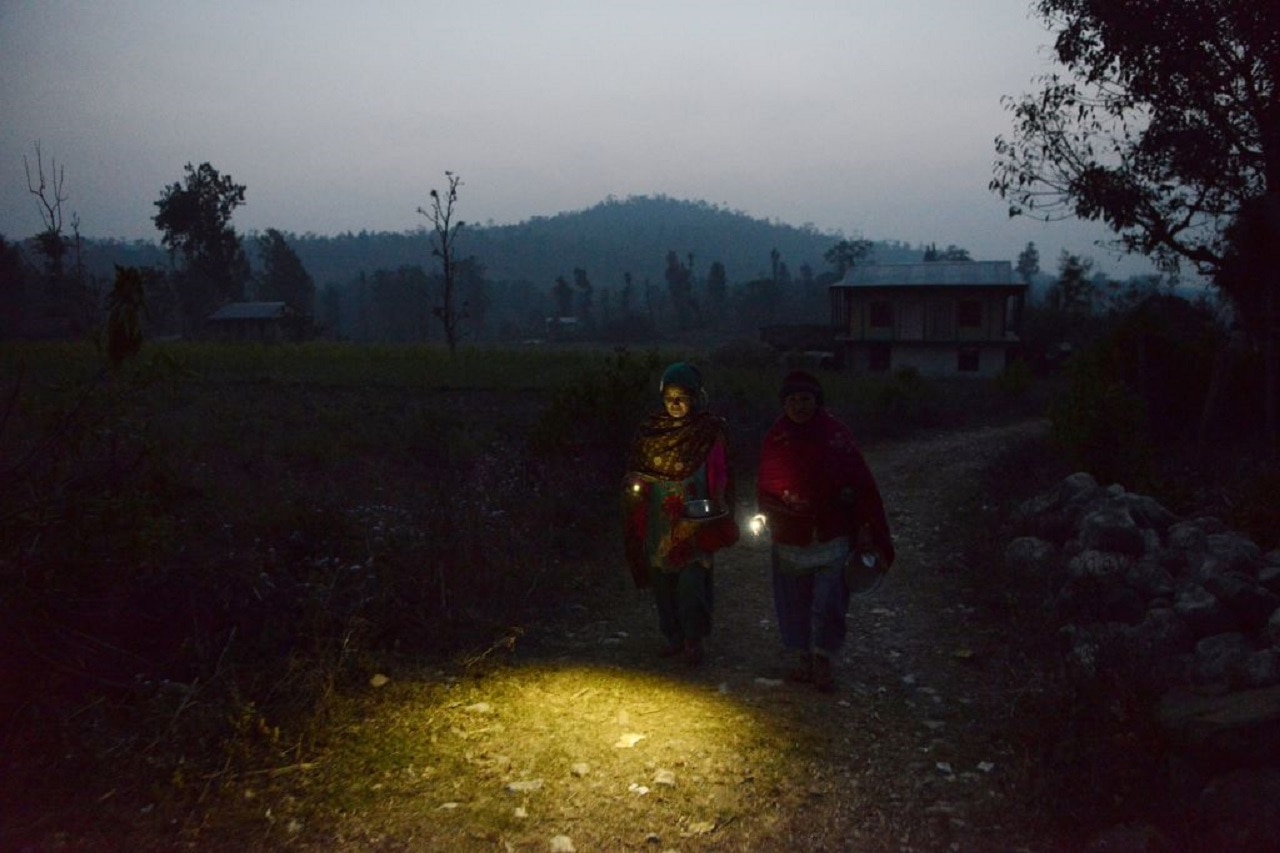 Two Nepalese women walk back after dinner to a Chhaupadi hut during their menstruation period in Surkhet District, some 520km west of Kathmandu.
Getty

According to reports, the 21-year-old had also lighted a fire in the window-less hut to keep warm at night and had suffocated in smoke.

Her mother-in-law, Laxmi Bogati, is reported to have told the Kathmandu Post that "she was excited about the next day as her menstruation would end. Poor child closed her eyes forever."

Can the practice of Chaupadi be stopped?

It has been five months since Nepal criminalised chaupadi, the practice of banishing women into huts or sheds when they have their periods.  Menstruating women are considered impure and untouchable in the Himalayan kingdom and are banished from household and social activities.

According to Human Rights Watch, chaupadi is practiced in up to 95 per cent of households in parts of western Nepal, "fuelled by the mistaken belief that menstruating women and girls are “unclean.”

However, the latest death has left many asking questions whether criminalising the practice will be enough to stop the 'cruel' socio-cultural practice.

Over her lifetime, a woman in #Nepal can spend a total of 8 yrs in chaupadi sheds #CAREstory

"You cannot expect something that is so deep-rooted to stop being practised overnight (once the law comes into effect). However, it is a harmful practice, and that government at least has a law in place to work towards ending it altogether," said Tham Maya Thapa, Nepal's Minister for Women. 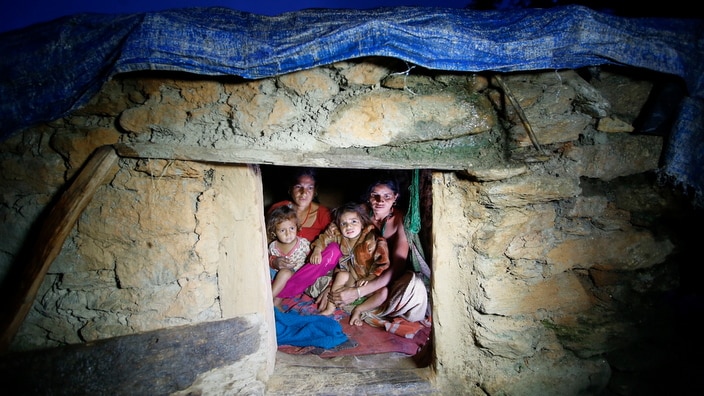 Forcing a menstruating woman into a shed is illegal in Nepal and the Nepali Supreme Court banned chaupadi in 2005.

Under the new law, passed in August 2018, sending women to a period hut is a punishable crime and a person found guilty of such an act can receive a sentence of three months in prison and a fine of Rs 3,000 ($37 AUD).

'Unfortunately, the  destroyed period huts have now been replaced by tents."

Jamuna Shiwakoti, an activist who has worked relentlessly against this practice, suggests that bringing a law against the perpetrators is not the only solution.

"We have laws against child marriage and dowry too, but these poor social practices are still being carried out. So, it will be futile to think chaupadi will be any different," Ms Shiwakoti told SBS Nepali.

Thanks Hima jee, I am having interaction among MPs from far west and now trying to coordinate with local elected representatives to hold some activities with new strategies. If possible, I want to have a sit with you all to interact if any idea to make it more effective.

"We need massive awareness campaigns involving religious leaders as this practice is connected directly with how people in affected region practice their religion." 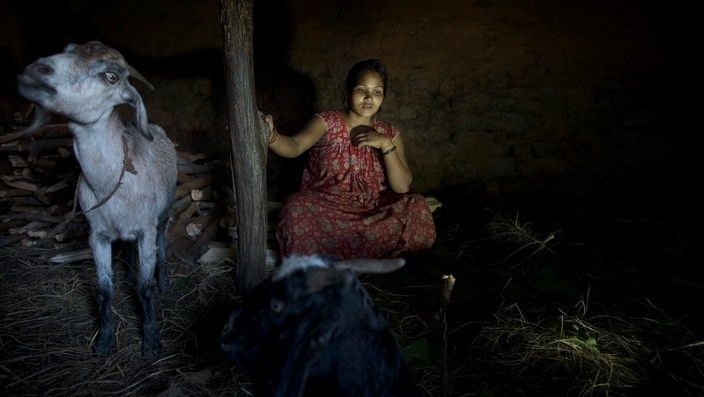 Laxmi Tamatta, aged 20, sits in a 'Chaupadi' shed in Biraltoli village in Acham district, Nepal. Laxmi got married at the age of 12 and only had her first menstruation after getting married. Since then she has been using this shed during her monthly cycle. AAP/EPA/NARENDRA SHRESTHA

Joint Secretary at the National Women Commission, Yubaraj Subedi said period huts have been removed in many places after massive campaigns were organised against what he called 'this malpractice'.

'We need to empower youths and make them agents of change' - Yubaraj Subedi, National Women Commission

''Unfortunately, those period huts have now been replaced by tents; which tells us that Chaupadi is still being practised," he said. 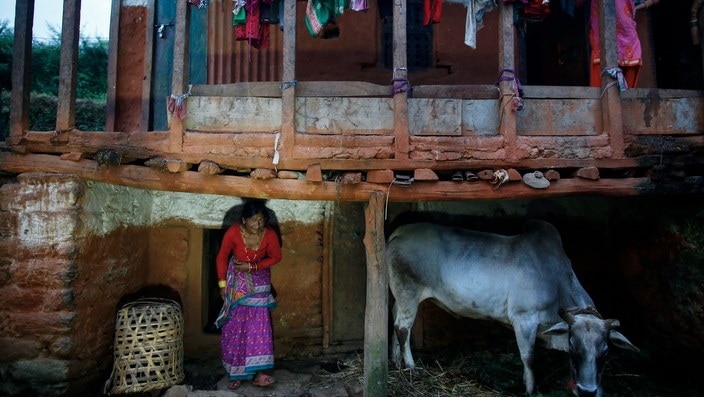 Laxmi Bhandari comes out of a 'Chaupadi' room on an early morning Mangalsen village in Acham district. Laxmi uses a small separate room in her own home during her monthly menstruation. AAP/EPA/NARENDRA SHRESTHA

Other women have lost their lives inside the period hut to snake bites. Similarly, many complaints have been filed by women who say they were sexually assaulted while being banished to the sheds.

During his visit, Joint Secretary Subedi observed some local youths were trying to obey the law. He said it is encouraging sign for the future.

"It is not possible for people outside these regions to go and stop this practice. We need to empower these youths and make them agents of change," he added.