The Morrison Government’s Budget has slashed the country’s skilled intake, drastically reducing allocation for state nomination and skilled independent categories, closing its doors to many international students and prospective migrants who often settle in Australia permanently through these pathways.

In a major permanent migration shakeup induced by the COVID-19 pandemic, Australia’s general skilled migration intake has taken a major hit in this year’s program allocation that was revealed through the Federal Government’s Budget process on Tuesday.

Under the program for 2020-21, the government has allocated 79,600 places for the skilled stream, which is more than 29,000 less than the previous year’s planning levels, leaving state nomination and skilled independent categories with less than half of their 2019 allocations.

On the other hand, the proportion for the fledgling Global Talent scheme aimed at attracting highly skilled talent from around the world has been tripled to 15,000 from 5,000 places last year. On being questioned about the government’s rationale behind slashing the number of places for general skilled migration, Acting Immigration Minister Alan Tudge told SBS Punjabi this year's focus is to give priority to innovators, investors, and job creators who will assist the country in its economic recovery.

“And then in relation to the state territory nominated scheme, that’s typically a function of the demand so they put in their bids for it and we always encourage the states and territories to look closely at that because it is a great way of getting a broader distribution of migration across Australia,” Minister Tudge told SBS Punjabi.

He said priority within the Skill stream will be given to Global Talent, the Business Innovation and Investment Program (BIIP), and Employer-Sponsored visas.

“The Global Talent scheme is effectively a skilled independent scheme, but you have to demonstrate you have got very significant skills and some will be in Australia who will apply for that scheme,” said Mr Tudge. Priority will be given to Employer Sponsored, Global Talent, Business Innovation and Investment Program visas within the skilled stream.
Flickr

But industry insiders are not happy with the government’s approach.

Melbourne-based migration agent Navjot Kailay said it is rather ‘unexpected and shocking’ that the government is willing to sacrifice general skilled migration (GSM) – a permanent pathway of choice for international students over a nascent program like the GTI which is only in its second year.

A 56.62% decrease in GSM planning levels by current Liberal Government will reduce the interest of future international students for studying in Australia, because most of them come here to look for pathways into permanent residency through GSM

“This is unexpected and shocking to believe that how can government ignore the interest of international students who contributed $40.3 billion to the Australian economy in 2019 and education was Australia’s fourth-largest export in 2019,” said Mr Kailay. Priority to onshore applicants and those with critical skills:

Reiterating what has been unveiled as part of the Federal Budget, Minister Tudge said approximately two-thirds of permanent visas in the 2020-21 program are expected to go to people who are onshore.

“Because we will have fewer people coming into the country, we are placing greater priority on making permanent residence to those who are already here,” he said. 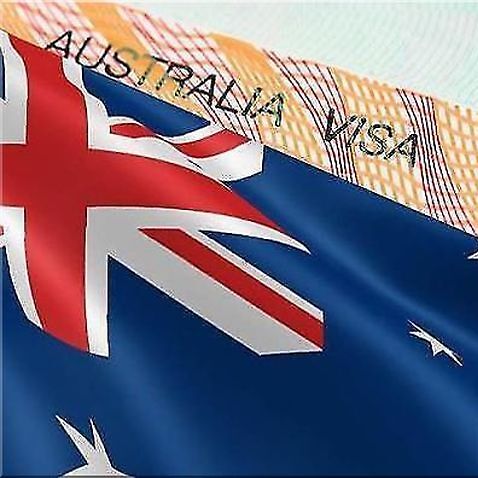 'This is the fastest way to get permanent residency in Australia'

In addition, the Department of Home Affairs has signalled that the Employer Sponsored visas, for those migrants coming to fill a specific skills gap where an Australian worker is not available, will be prioritised over non-sponsored visas, with a focus on occupations on the Priority Migration Skills Occupation List.

Migration agent Ranbir Singh said the government’s outlook would mean a lot of people in the non-priority or non-critical skills sector would fall through the cracks.

“It seems that most of the allocated places will be filled by professionals in critical sectors who would get priority as per the government’s prerogative. Prospective applicants in the non-critical skills sector might find it hard to secure an invite in this financial year,” he said.