If you’re planning to get your driver licence, you will now have to pass a new Hazard Perception Test before you get behind the wheel in Victoria.

The new test will be rolled out in coming weeks across the state of Victoria to better prepare drivers for the fast-paced driving environment.

The test is designed to assess drivers on the skills and experience they need to drive safely on the busy roads of the state.

The revamped computer program, which has cost the government more than $1 million, features a high-definition video and a new layout developed by road safety experts from Victoria and other states and territories.

The new test is not designed to be more difficult than the existing test, rather it is an updated version with updated scenarios and improved graphics in order to improve the effectiveness of the test and further improve road safety outcomes.

The 40-minute virtual quiz will ask users to spot potential hazards on the roads, including other cars, pedestrians and cyclists.

It will replace the old test format introduced in 2001, which showed users a range of short clips with on-screen text instructions. The users were required to click the mouse when they thought it would be safe to drive.

A spokesperson from the Department of Transport said the new test has been introduced to assess the ability of the novice drivers to navigate the current road conditions.

“Young drivers are over-represented in fatal and serious injury crashes, and poor hazard perception skills have been shown to contribute to these incidents – that’s why this test is so important,” said the spokesperson. Learner driver with car keys and an Australian L-plate
iStockphoto

The Hazard Perception Test is an interactive, computer-based test that assesses how a driver observes the whole road scene, spots hazards including current road users, footpaths and roadsides and then responds safely to avoid them.

It is a compulsory test that learner drivers must pass before they can sit the on-road driver licence test.

Learner drivers must be at least 17 years and 11 months old before they can take the test. Overseas licence holders also have to sit for this test, provided they match the age criteria and have a learner’s permit or passed the learner's knowledge test.

The new system will form a part of the graduating licensing system, which the state government claims, has contributed to a 20% reduction in the number of young adults involved in fatal or serious crashes since it was implemented 10 years ago.

Welcoming the move, Elvira Lazar, RACV's senior policy officer - safety said she is "pleased" to see the updated Hazard Perception test as the previous version was of "lower quality and risked compromising the effectiveness of the test. "

"Technology-based training programs, like the HPT can give participants exposure to risky scenarios, that they may otherwise rarely face on-road, in a safe environment.

"The HPT is a key part of the licensing process in Australia, where it’s been shown to reduce the likelihood of crashes through improved hazard perception reaction time," said Ms Lazar. Image of a woman taking her driving test.
Getty images

Indian-origin medical scientist, Dr Sri Gullapalli, who has helped many young accident victims said he comes across at least one casualty from the subcontinent every week.

“Every week at least one youngster dies on Victorian roads. While this isn’t a concrete number, there is no doubt in the fact that many young road users, particularly international students are dying every day,” said Dr Gullapalli.

He added that the new technology will go a long way in saving many lives across the state.

“I think VicRoads has made a good move. These simulators are just like the ones used by the aviation industry to train pilots by artificially recreating aircraft flight and the environment in which it flies.

“I believe this technology will be equally successful in reducing crashes on the road as it has been in the air.” 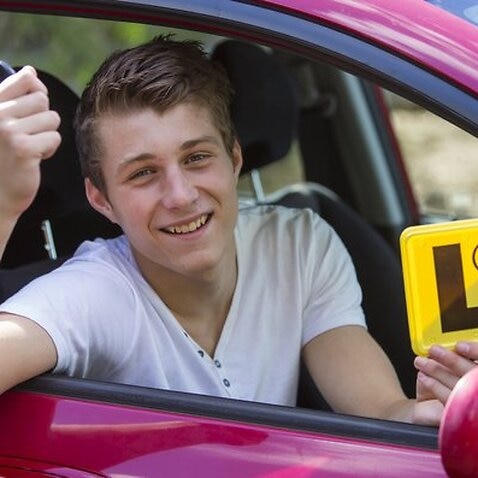 How to obtain an Australian driver’s licence?