The multi-award-winning actor and film producer was honoured in recognition of his efforts to support underprivileged children, his unwavering dedication to the fight for women’s empowerment through MEER Foundation and his unparalleled achievements in the Indian entertainment industry.

#SRK:'I experienced firsthand the superficiality of social values that place a woman’s appearance before her inner worth. I wanted to subvert that idea - to create a space where a woman can be freed of these archaic notions, and the true source of her beauty could be celebrated.' pic.twitter.com/JxAnm3o7K8

Meer Foundation is a philanthropic foundation named after Shah Rukh Khan’s father Meer Taj Mohammed Khan which aims to effect change at ground level and works to build a world that empowers women. One of the key focus areas under female empowerment has been to support the cause of acid attack survivors.

The Foundation provides support to female victims of acid attacks and major burn injuries through a 360-degree approach that helps them with their medical treatment, legal aid, vocational training as well as rehabilitation and livelihood support.

The Foundation’s efforts are not limited to helping acid attack victims alone. It has sponsored treatment and surgeries for women and children at several hospitals across the country. In addition, Meer Foundation has also helped organize health camps, movie screenings, and events for disadvantaged women and children. 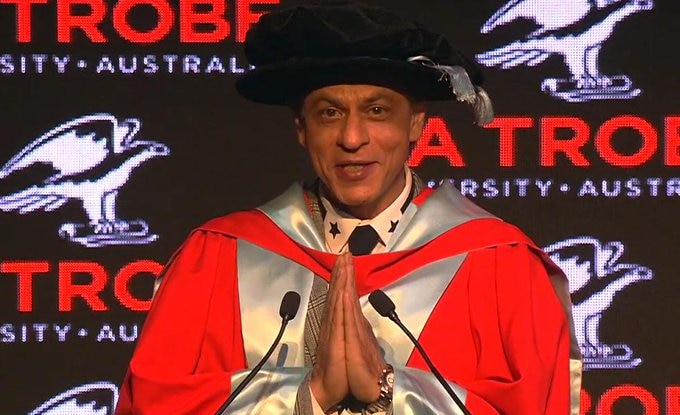 Mr Khan said having his humanitarian endeavours recognised for the first time in Australia was a great honour.

“I’m proud to be conferred with a great University like La Trobe which has a long-standing relationship with Indian culture and impressive track record in advocating for women’s equality,” Mr Khan said.

“I feel truly privileged to receive this Honorary Doctorate and I would like to sincerely thank La Trobe for choosing to recognise my achievements in such a humbling way.”

Shah Rukh Khan welcomed the announcement of a scholarship in his name.

"As a passionate advocate for women's empowerment, I am delighted that this scholarship will give an Indian woman a chance to pursue research in a field which is likely to lead her towards an exciting and successful career. I thank La Trobe University wholeheartedly for giving someone this wonderful opportunity," Mr Khan said.

The Shah Rukh Khan La Trobe University PhD Scholarship recipient will receive a four-year full-fee research scholarship worth $200,000 and will also include Overseas Student Health Cover for a single candidate.

On the way to @latrobe University.. Thank you for the kind gesture of offering a scholarship to a girl student from India for higher education and supporting the work at @MeerFoundation pic.twitter.com/OfyKLPy3MP

Dressed in a gown, the superstar also posed with Australian wildlife – a joey, a koala and a kookaburra before the presentation ceremony. 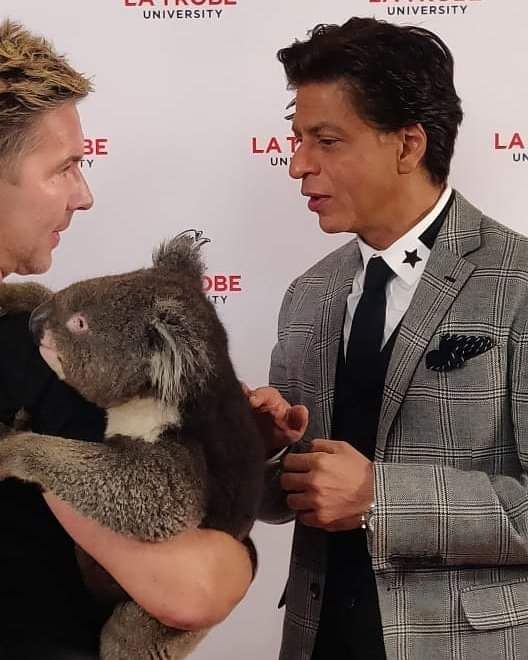